Searching for the spirit of Stonewall at Seattle Pride 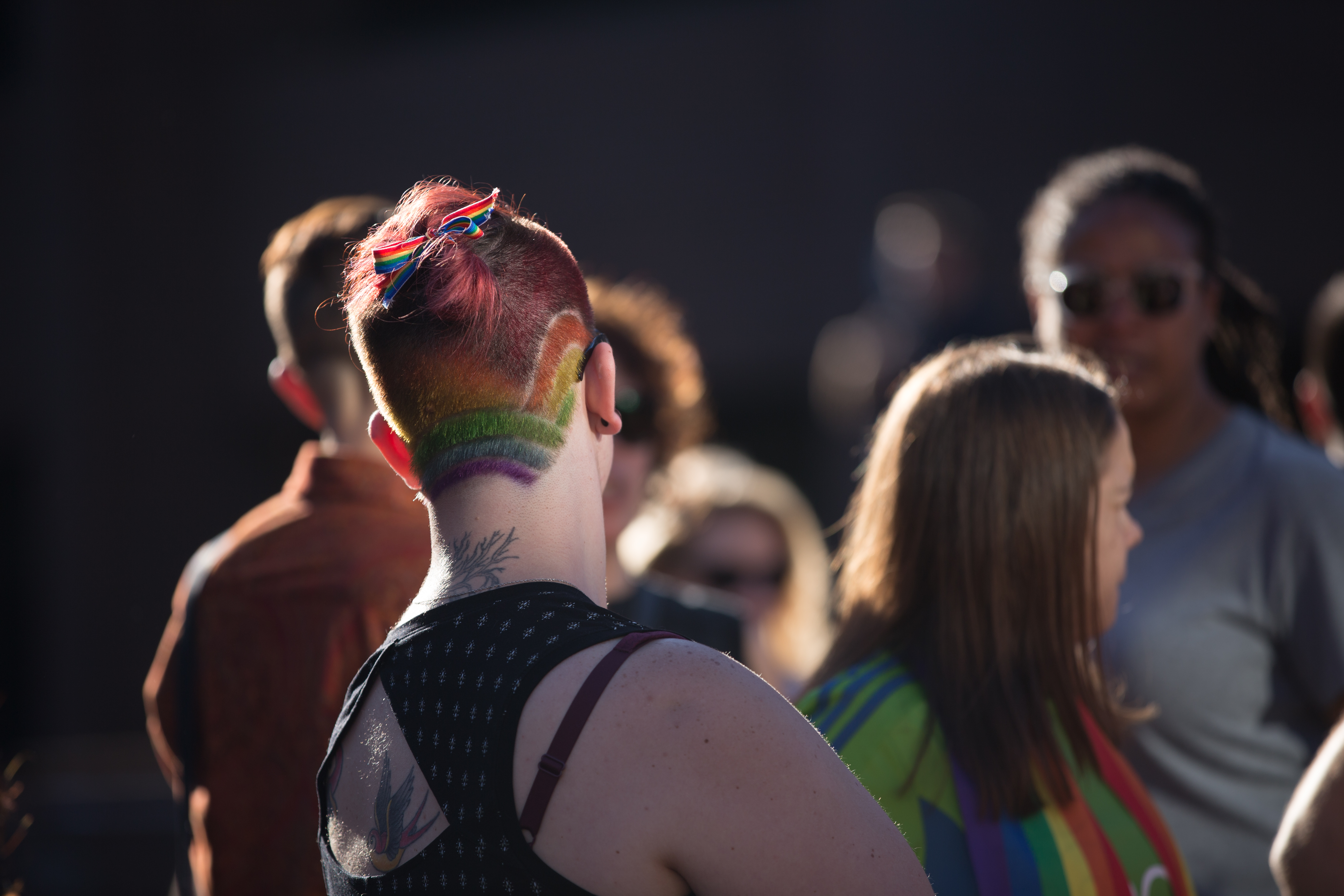 Almost a year ago exactly, the Supreme Court handed down its historic decision legalizing same-sex marriage. Since then, much has happened. Countless gay couples have wed, others have split up, the term “transgender” entered the national lexicon, where people pee became public debate, and we were reminded, in horrific fashion, that legalizing gay marriage doesn’t make homophobia a thing of the past.

The one-year anniversary of gay marriage falls, fittingly, during Seattle Gay Pride, a time when we traditionally drape ourselves in rainbow flags, pull out our feather boas, and get drunk while it’s still daylight.

Nowadays, pride is a sterile, corporate venture brought to you by the likes of Smirnoff, Delta, T-Mobile, and Amazon. It has rebellious spirit of a purity ball. And yet Pride wasn’t always a venue for advertising. The first Pride took place in 1970 to mark the one-year anniversary of the Stonewall riots. Thousands of queer New Yorkers marched the 51 blocks from the Stonewall Inn to Central Park to protest against state attacks on their community. Marches took place that same day in Los Angeles, San Francisco, and Chicago. These weren’t parades, they were protests.

Forty-six years later, life is certainly better for many of us, especially the gay, white and affluent. Queer folks are more visible today, and rejection from your family isn’t the default response to coming out.

And yet, a year after gay marriage became legal, we can still be fired from our jobs in 28 states just for being gay, and places like North Carolina, Tennessee and Arkansas have made it illegal for municipalities to pass their own non-discrimination laws. In the first half of 2016, at least 14 transwomen were murdered. Queer teens are still twice as likely to attempt suicide as their straight peers, and 20 to 40 percent of homeless youth are estimated to be gay or trans. We are still attacked, as a trans person was in Capitol Hill just last week after leaving a benefit for the victims of the Orlando shooting.

Gay marriage didn’t change any of that, and neither does Pride, no matter who sponsors the parade.

Last year’s Pride was my first in Seattle, and it should have been a good one: After the Supreme Court ruling, we had reason to dance in the streets. The city certainly looked like it was in celebration, with flags in every business window and $20 covers at every bar. The crosswalks in Capitol Hill had just been painted rainbow colors, a city initiative championed by the mayor, who seemed especially proud that developers had picked up the tab. Each of the 11 crosswalks cost $6,000, and it seemed a shame that the developers weren’t forced to pay for something more practical. Too bad you can’t live on rainbow crosswalks, I thought when I saw them the first time.

After an underwhelming experience at Pride last year, I had no intention of going to Seattle’s big event on Sunday. I don’t like crowds, whether they are gay or straight, but I wandered through Capitol Hill Pride on Saturday afternoon.

The first thing I saw was a pink T-Mobile tent, flanked by tents advertising Walgreens, Wells Fargo, and AT&T. The emcee broke into the music to thank the day’s sponsors.

Broadway was blocked off and the streets were filled with food trucks and people sellings things. Except for the high number of Shiba Inus and men in Hillary Clinton t-shirts, it could have been any other street festival. But that’s the thing about gay life circa 2016: As we’ve assimilated into the wider culture, queerness is no longer inherently a political act, and neither, for that matter, is Pride. It’s just a parade these days, fallen far from its activist roots and brought to you by Amazon.com.

Pride isn’t about equality anymore, or even about visibility. It’s about brands, and they are only too happy to lend their logos to the cause.

Later Saturday night, I happened upon the Dyke March outside Seattle Central College. A local Latina activist spoke about finding family at Latin night at the queer bar, and the emcee led the crowd in a count to 50, pausing for a moment to mark every life lost in Orlando. Afterward, gray-haired Dykes on Bikes revved their engines and led us all -- hundreds, maybe thousands of women -- through the streets of Seattle.

It hadn’t been my intention to join, but they were going my direction, so I went with the flow of the crowd. The mass of bodies grew and shrank as we walked. There were no corporate logos, no breaks to thank sponsors. Just people marching together for safety, equality, justice, and for peace.

As I broke off from the crowd and headed home, I passed a gaggle of gay men in pink shirts reading “Trump is a cunt,” and another group wearing leather harnesses and assless chaps. Maybe it was here, the spirit of Stonewall, not quite dead after all.