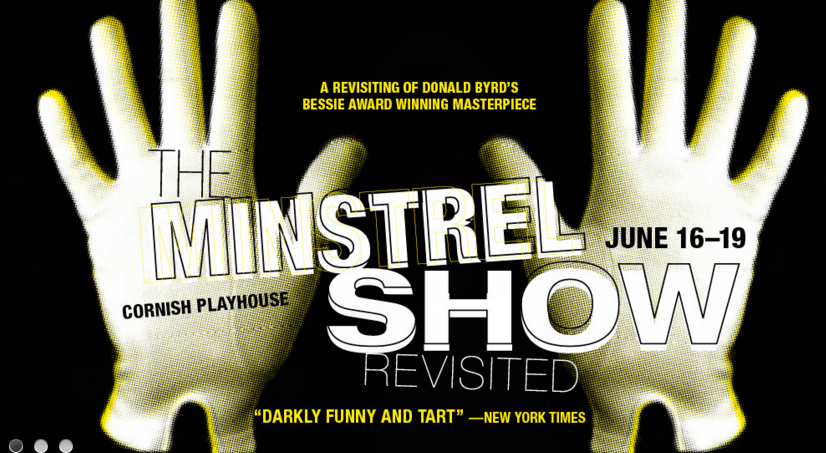 This is arguably Donald Byrd’s most provocative work and it wraps up an entire season dedicated to race. Here we sit watching dancers in blackface. They are goofy. They are playthings. They are at times funny. And here now are mammies, followed by dancers in hoodies. And over there, there’s a noose.  There is plenty of exemplary dance in Seattle to be found. But nothing quite compares to how engaging yet discomfiting this work is. It deserves to be seen.

Rachel Yang, the chef behind beloved Korean-inspired hot spots Revel and Joule, has been garnering praise (not the least of which was being named one of Bon Appetit’s Best New Restaurants in 2015) for her newest place, Trove, for the last year or so. Most days, you can get a parfait, or one of their scrumptious seasonal noodle dishes at the noodle bar, or go to the dining room for full-blown upscale Korean BBQ. This Sunday, there’s only one option: Feast BBQ. At family-style tables, Yang will serve up platters of unparalleled BBQ, pairing seasonal produce with local meat — and every part of it. At a glance, highlights include charred fava and smoked beef belly with cashew pesto — and that is just one dish. Trust Yang (I’ve yet to be steered wrong) and eat as much of the special grilled shiitake kimchi as humanly possible. Tickets are $75 per person, including cocktail pairing, and are going fast.

For a few minutes, I escaped the anguish of life post-Orlando to take in some of the most joyful paintings I’ve come across in a while. An elephant leaping on a trampoline. An aardvark-looking critter watching TV. A helmeted piglet riding an ostrich and oh, did I mention the bird is wearing pearls? Tyson Grumm is local. He frames his work in found, repurposed objects such as foundry moulds and azimuth boxes. He celebrates the whimsical and I am so very grateful for that.

The second weekend of inaugural work is the perfect cultural event for those who want bragging rights: Oh yeah, I saw (fill in name of performer) years ago before that piece were on everybody’s radar. Eight performers on two different stages, including writer/performer Shontina Vernon exploring the politics of the black female body; performance artist Peter Dee delving into the world of gay hookup culture and performer/visual artist/puppeteer Kyle Loven whose work is described as taxidermy meets runway fashion.

Occasionally, as I bike home through Capitol Hill in the summer, instead of sirens, I hear the low “bump bump bump” of the sousaphone followed by the “chhhh” of the snare drum, only to be surprised and energized by a real live brass band performing outside. The entire scene makes me beam, and want to throw money at them in appreciation of seeing something so bright in the streets instead of deflating. This is all to say that free outdoor music in Seattle is a rare treat and Honk Fest West! is this phenomenon at its best. Brass bands from near and far gather at Cal Anderson Park, Gas Works Park and Columbia City on each day of this weekend to blow their lungs out at one of the most joyful festivals in the city.  My favorites always include the Sound Wave Sounders FC Band (no sports game attendance necessary!) and the super-fun Bucharest Drinking Team, and each year I discover a new fave.

If you go: Honk Fest West! Capitol Hill June, 17, Fremont on June 18 (which happens to be the same same day as Fremont Solstice's parade), and Columbia City on June 19, Free. — N.C.