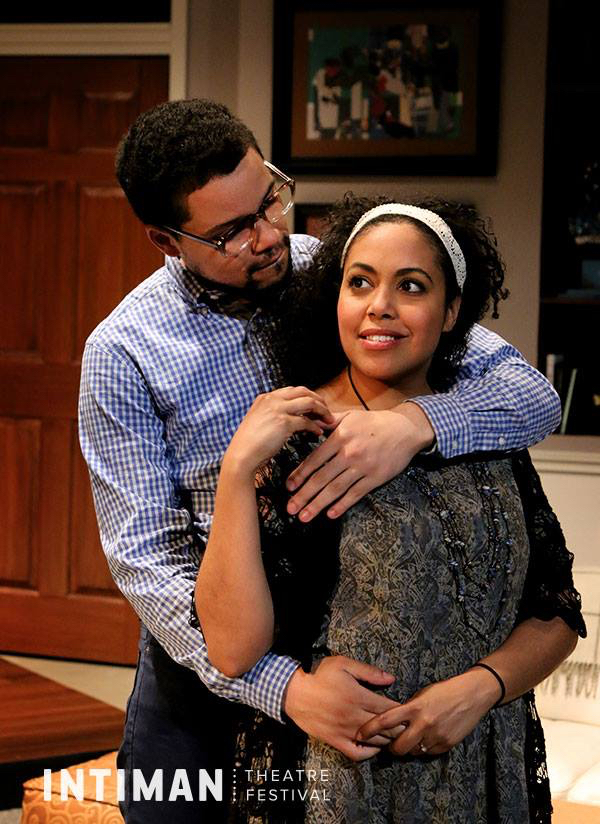 Race, class, fathers and love.  The subjects are all interwoven here in this engrossing and funny drama about a well-to-do black family in Martha’s Vineyard. The premise is simple enough: Two grown sons — one’s a wannabe novelist, the other’s a plastic surgeon — bring their girlfriends home to introduce them to their parents. One of the girlfriends, an entomologist, is a black woman who grew up poor and in the shadow of a famous author father who left her. The other girlfriend is white, wealthy and has a lot to say about what it’s like to live in the inner city since she teaches there. The two women aren’t besties; meanwhile the brothers have their own issues vis-à-vis their father in a home decked with art and books (as well as a housekeeper’s daughter) but stained with some big secrets. How the play unfolds frames a larger conversation about privilege and status and meeting societal as well as own one’s expectations.  Stick Fly, written by Lydia R. Diamond, opens Intiman’s Theatre Festival that salutes black playwrights this season. This first production is long (nearly 3 hours) but it grabbed hold of me on so many different levels and I’m already making plans to see it again.

Artist (and Crosscut writer) Don Fels has spent the past few years thinking about, deeply researching, writing on, and making art about blue and the history of dyeing. He will offer thoughts and insights about the current Mood Indigo exhibition at SAAM tonight. Plus, he'll talk about what isn't on view.

Trained as a painter, and always a colorist, Fels is convinced that contemporary art-making involves portraying the landscape in the widest possible terms. He will also show images from an installation he recently completed in Bombay, and discuss his strategies for on-going research, writing, and making art about blue and the Spokane River.

If you’ve ever wondered what an Indonesian Rambo rip-off would look like, now’s your chance to experience it, in all of its bizarre, misled glory. Hosted by Portland comedy team Wolf Choir, the 1986 Rambu: The Intruder will be screened from VHS, as the audience scours the screen for all of the hallmarks of B-movie cinema. For a full 120 minutes, balance being thoroughly entertained with pondering the choices of director Jopi Burnama, all the while watching for moments like “Bar Fight” and “Three Mustaches on Screen at the Same Time” to fill out your Bingo sheet. Don’t miss an interactive SIFF event unlike no other — your very own competitive Bingo — a kind of MST3K come to the big screen!

I used to have a box of Alfredo Arreguín greeting cards that I would hoard selfishly, giving them out to only my most special friends because they were just too gorgeous. No one paints a landscape like Arreguín. Those colors. Those designs. They are mesmerizing in the way they reflect the natural world; they are emotional in the way they speak to my Latinaness. Arreguín is 81 and paints every day. He’s scheduled to be at the show’s opening on tonight (June 2), which is part of First Thursday.