The twisted logic of Ann Coulter and the Oregon 'patriots' 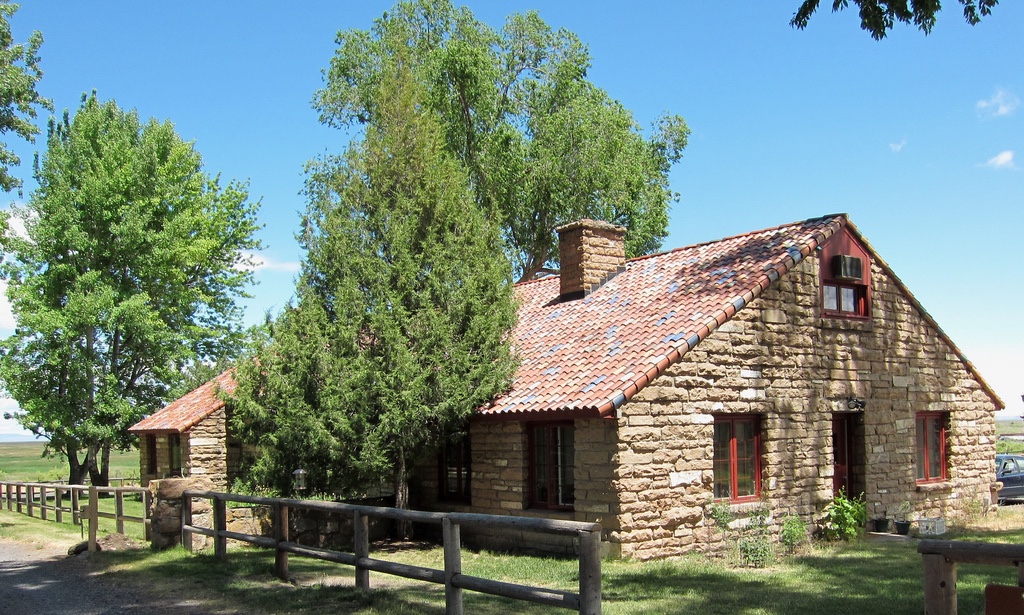 With the end of the occupation of eastern Oregon’s Malheur National Wildlife Refuge by right-wing extremists, bird watchers are eagerly reclaiming their right to access this beautiful locale, which hosts rare migrating birds, such as sandhill cranes. Flocks of binoculared birders will descend all spring in a show of support for public ownership, conservation and cooperation.

Malheur is an extraordinary place in beautiful, remote country south of Burns, Oregon.

The Bundy brothers of Nevada and their followers who took over the refuge were acting out of a wrongful sense of entitlement. Their protest sought to highlight their belief that such lands should be turned over to local control and for the use of ranchers like themselves — an argument that has been made since the days of the frontier settlers who wanted public lands for their own. No one argues that the federal government is perfect, or that ranchers and others might have differences over land use. However, when you bring loaded guns to the table in defiance of the law, you compromise your right to civil dialogue.

That tradition of gun waving is dying a slow death in the West.

Give a guy a gun and a cowboy hat and he thinks he’s a patriot, no matter what kind of nonsense he spews. And he’s treated with kid gloves: The government took its own sweet time — 41 days — to resolve the standoff, something many noticed would not have happened in any African-American or urban neighborhood in America.

The sense of entitlement exhibited by these “patriots” seems to be increasingly embedded in and broadly interpreted by a segment of conservative ideologues, but it’s not new. It goes back to what can be called “settler rights,” which are re-emerging in today’s caustic political climate.

The conservative political commentator Ann Coulter evoked this idea when asked on the TV show The View about her family’s immigration heritage. “Are you Native American?” she was asked. “Yes, I am. I’m a settler. I’m descended from settlers. Not from immigrants ... I’m not living in the Cherokee Nation. I’m living in America, which was created by settlers, not immigrants,” she replied.

In one statement, she invented a special class of American — although her ancestors came from Europe (Ireland and Germany). She believes she’s part of a privileged class of “settlers.” These settlers, apparently, have special rights, are more American than immigrants and on superior footing to indigenous peoples. And it’s true, settlers have acted on that sense of entitlement: They “settled” the West by taking land from the tribes. In Oregon, California and elsewhere, the U.S. Army was sometimes called in to protect Native Americans against settlers who, in the name of Manifest Destiny, were acting more viciously and zealously than even the government.

Still, the military always eventually sided with the settlers and violently put down native resistance. General William S. Harney, namesake of Oregon's Harney County, where Malheur is located, was an Indian fighter of the old school, yet came to distrust the U.S. government’s ability to stand up to settler pressure. “The Indians have never broken a treaty; the government of the United States has never kept one,” he said in the twilight of his career, referring to the political pressures on the frontier.

The occupation at Malheur turns out to be many-layered. Malheur is government land, but also Paiute Indian land — part of a former tribal reservation — and is now contested by a fringe group of ranchers acting like the “settlers.” Part of the crime-scene work at the refuge assessed what damage had been done to native sites and artifacts that are protected by law. It appears, for example, that the occupiers dug latrines near Native American sacred sites on the refuge. Rotting food, garbage and human feces were left behind. That’s more than a metaphor for the unresolved hostilities embedded in the occupation and its meaning.

In retrospect, the federal government and the FBI have been praised for their forbearance in handling the occupation — it didn’t turn into a Ruby Ridge. There was only one fatality: a fleeing suspected felon who defied law enforcement orders. His death has become a rallying point for those occupiers who are seeking a martyr, and has fueled — on the far right — a sense of aggrievement. Still, a whole passel of martyrs was denied.

But there has been a cost. Damage to the refuge is one. Another is uncertainty about security on public lands, especially those in remote locations that are open to visitors. Will Malheur have consequences for public safety for those who head to our region’s national parks, refuges, monuments and forests this summer? Will the image of angry rural white men, most of them armed, encourage more minorities to get out into the wilderness? Our public lands system already has very few visitors of color. Must we now worry not only about bears and bugs but armed militias asserting their right to commit depredations at will?

We have many issues to wrestle with as a society — the “settler” entitlement of these ranchers and others is one.

This article originally appeared in the May issue of Seattle Magazine.