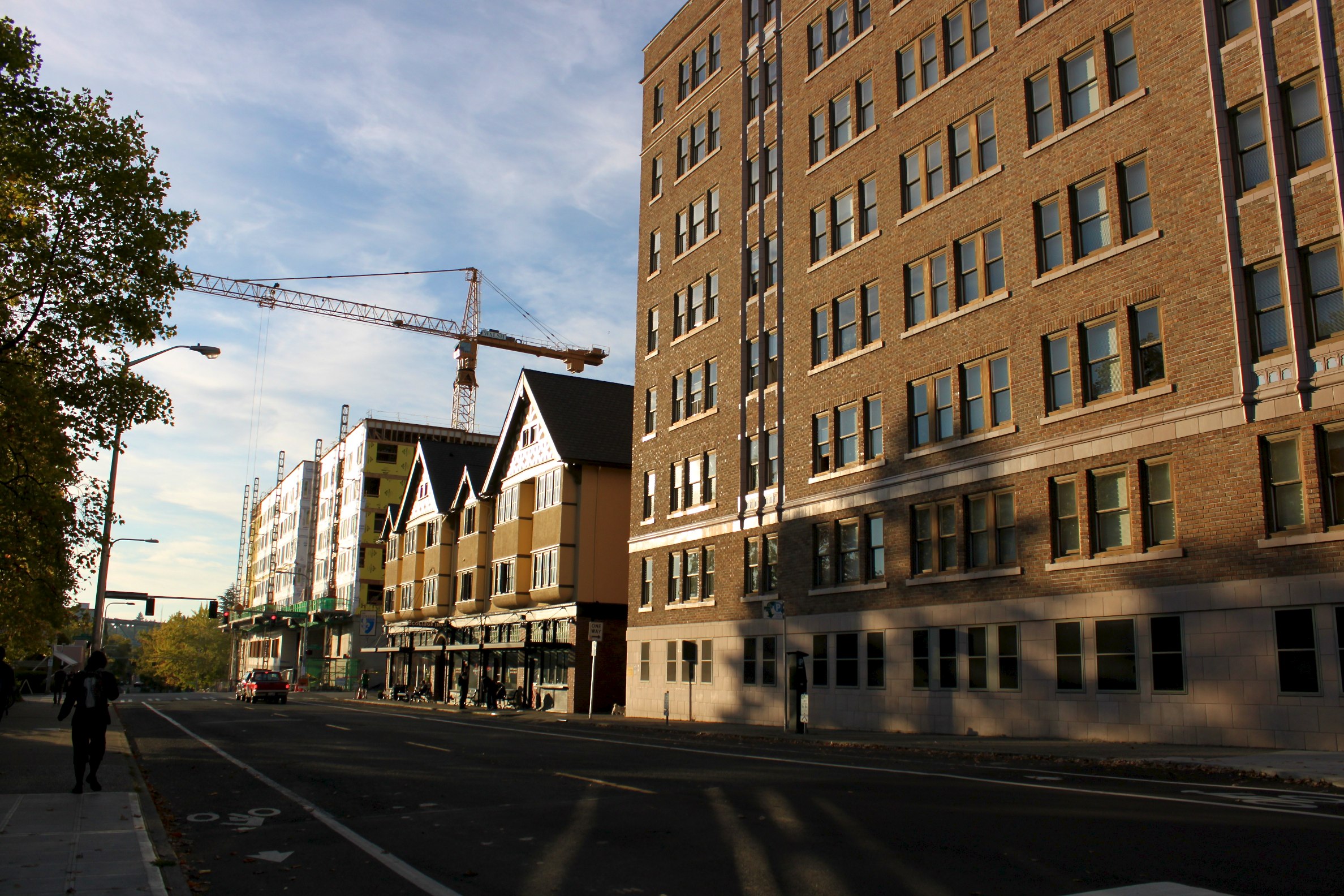 Someday, groups like the Rental Housing Association of Washington (RHWA) may sue the city over what is known as the "Carl Haglund law," which forbids landlords from raising rents until they bring their properties up to standards. There are arguments that these restrictions run counter to the state ban on rent control measures.

But the day for legal action seemed far away on Monday, as supporters celebrated the unanimous passage of legislation establishing these restrictions. The bill is among the most significant tenant protection measures passed in the last year, although Councilmember Kshama Sawant promised it was just the beginning.

In fact, as she was explaining the legislation at the afternoon full council meeting, Sawant introduced what she called the next step in a forthcoming series of tenant protections laws: a bill to cap move-in costs. That will likely come to committee sometime this summer.

Sawant and former Councilmember Nick Licata introduced the "Carl Haglund" bill days before last fall’s election. Haglund became the unenviable symbol of slumlords in the city when — as landlord of a South Seattle apartment building — he suddenly announced a massive spike in rent prices, even as his apartments lingered in disarray.

Under this new proposal, landlords will be required to bring buildings up to code before they can raise rents. If they retaliate against tenants for complaining, they will be slapped with a fine.

Haglund said he didn’t realize how bad the conditions were in his building before raising rents. But his explanations fell on deaf ears, and Haglund has remained the face of the archetypical opportunistic and unjust landlord. “It says a lot that the City Council is saying no to the Carl Haglunds of the world,” said former Tenants Union Executive Director Jon Grant on Monday.

“This legislation is designed to give tenants…a little more ability to defend tenants’ rights in the future,” said Sawant.

Opponents of the legislation, including RHWA and developer lobbyist Roger Valdez, have made three basic arguments against it. First, that landlords are not large scale corporations, but small, family-owned businesses. Raising rents, Valdez has said, is the only way they can cover costs.

Second, that the city already has rental inspection and tenants’ right laws on the books that go under-used. And finally, that this is a form of rent control, which is prohibited under state law, and could open the city to lawsuits.

“We are concerned that this new legislation is being moved forward without being properly vetted to ensure it does not run afoul of the State pre-emption of rent control,” said Sean Martin of RHWA last April when the bill was introduced.

Sympathy for the arguments was in short supply from top to bottom in City Hall. After Councilmember Licata retired, Sawant found an unlikely partner in Mayor Ed Murray to push the legislation forward. A Sawant and Murray union is usually a symbol of unanimity in Seattle politics.

Councilmember Lisa Herbold called the argument that landlords need to increase rent to make improvements “completely unfair.” She added that if the city did end up in court, “our response should be to take this even further,” advocating for doubling down on tenant protections and repealing the Washington State ban on rent control.

The bill passed before an audience of red, usually a sign that members of Sawant’s Socialist Alternative had come out en masse. When the measure passed, the room exploded. The onlookers chanted “When we fight, we win,” marching to the lobby, continuing their calls to hold landlords accountable and to keep Seattle affordable.