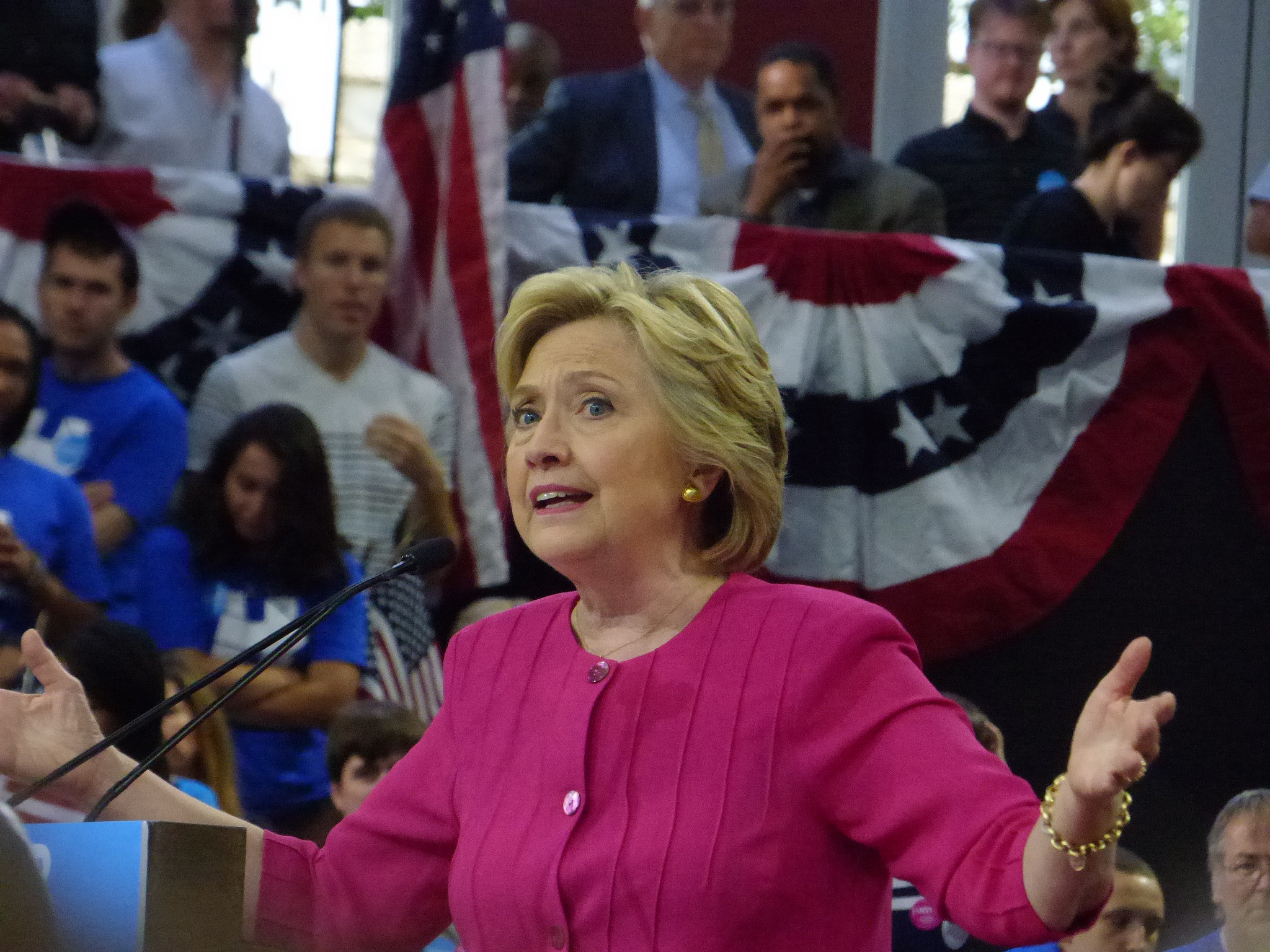 It’s not exactly a bull market for older white males, which many people would say is just fine. Some, now retired, pine for work. Some go back to work, greeting at Walmart or working the hardware section at Home Depot. Some find meaningful volunteer opportunities.

One evening last week my wife and I attended a meeting about “camp-ation,” which translates to “campaign vacation.” The idea is to head east this fall, to one of the election’s swing states, and work to either dump Trump or for Hillary, for a week or maybe two. You might find yourself in Florida, Pennsylvania, Ohio or North Carolina, ringing door bells and urging the locals to vote and vote Hillary.

Here’s where the old white guys come in. Turns out more than 60 percent of folks in that demographic are Trump supporters, with more leaning that way. So who are you gonna send to ring their doorbells? The people who look like the folks you are trying to win over.

At our camp-ation meeting, three-quarters of the dozen who were present were women. But it slowly dawned on everyone that we three older, white males had a special calling, a unique opportunity. Go to the brothers with your Hillary T-shirt blazing, and your voter registration form in hand. Talk turkey, old white guy to old white guy.

At our camp-ation meeting we heard from a couple who had done this kind of thing in 2008. First, they tried making contact by phone and email with various Obama campaign offices, and got nowhere. So they did some research on swing states and key counties, and then walked through the door at the Obama campaign office in Sarasota, Florida saying, “Put us to work.” And the Obama staff there happily, and instantly, obliged.

“I visited one guy three times,” said Ron Posthuma. “People like the attention, and it does make a difference.” His wife, Kathy Koss, reported watching the returns on election night and rejoicing when “their” county in Florida went, narrowly, for Obama over McCain.

When people at the table spoke of why they were up for camp-ation, some said they thought it important to get out of the Seattle “bubble.” Others mentioned their grandchildren, saying they owed it to the new generation to do what they could to keep Trump out of the White House.

Participants at the camp-ation meeting were treated to a data dump as they considered where to go come autumn. Which are considered the swing states?

Alongside the name of each state were columns that indicated the number of electoral votes each one carries. Florida is the big one at 29. (Washington, by comparison, has 12.) There was a look at “downstream races” in that state, mostly Senate contests, and a breakdown on the demographics in five categories: college-educated whites, non-college educated whites, black, Hispanic and Asian.

One page showed the closing dates in each state for voter registration, requesting absentee ballots and early voting. The idea is to maximize your efforts by being on the front side of a state’s voter registration deadline. You visit people who might not be registered to vote, but with some likelihood of supporting your candidate.

It was fascinating. I wondered how many similar gatherings were occurring in other states, in various cities and towns. Ours was an entirely grassroots effort, put together by the people at the table. Neither the Hillary campaign nor the Washington State Democratic Party had any role or presence. Just folks wanting to make a difference.

For some the difference they wanted to make was getting Hillary elected. For others it was trying to make sure that Trump wasn’t. And a few of the more politically sophisticated were weighing the Senate race in Florida (for Marco Rubio’s seat) against the one in Ohio, where incumbent Republican Rob Portman is challenged by a former governor, Democrat Ted Strickland.

After the meeting broke up, we old white guys clustered together over beers and reveled in our new, if ironic, import. Send us to the Trump voters and leaners. I, for one, look forward to getting a better understanding of what makes a Trump voter tick, and taking my best shot to get them to reset their political clocks.

Anthony B. Robinson was the Senior Minister of Plymouth Church in downtown Seattle from 1990 to 2004. He was also a member of the Plymouth Housing Group Board. After living for many years in southeast Seattle, he moved recently to Ballard.