Washington is on a massive gun-buying binge 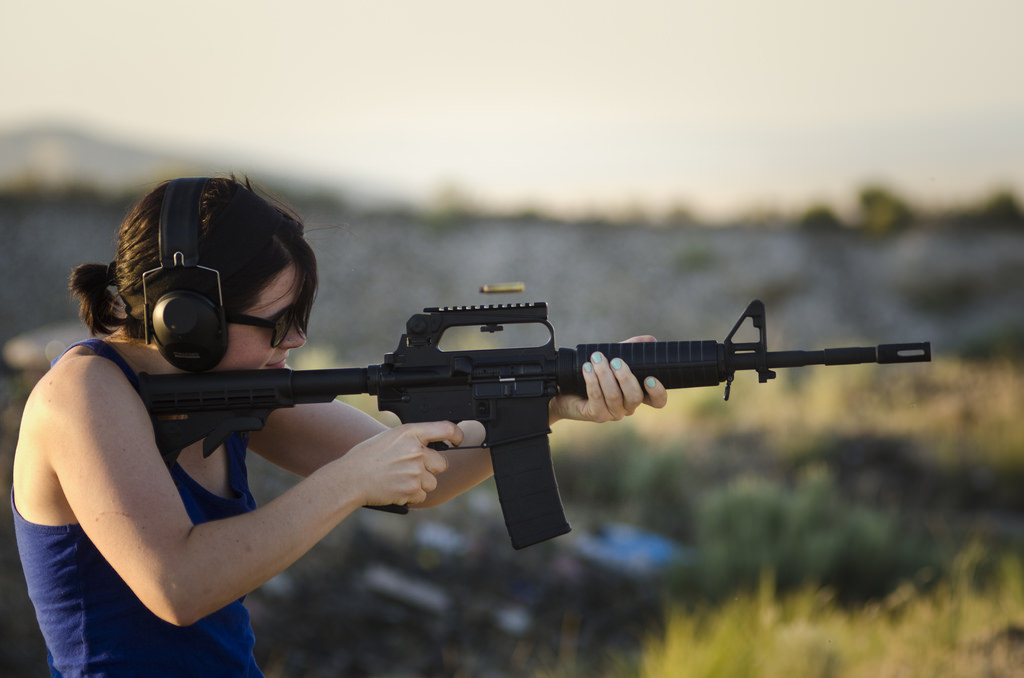 After a season of mass shootings nationwide, Washington state is on track to set an all-time record for gun purchases.

There isn’t a gun registry in Washington, so actual numbers on gun sales aren’t available, but data on federal criminal background checks, which are required for firearm purchases, and state concealed weapon permit reports indicate a rising interest in gun purchases, which almost certainly translates into more guns on the streets.

It is well known that Americans stock up on guns following mass shootings and terror attacks. It’s often a reaction to fear of being a victim of such an attack, and fear that access to guns will be taken away due to regulations. Washingtonians are no exception.

So far in 2016, Washington is No. 9 in the U.S. for its firearm background checks initiated through the National Instant Criminal Background Check System (NICS). The list of the top 10 mostly includes southern and mid-western states. Oregon saw less than half of the background checks conducted in Washington.

And the monthly trends seem to reinforce the idea that we’re arming ourselves following mass shootings and terrorist attacks. The newly registered concealed carry weapon permits reached 8,087 in January, following the Paris terror attacks and the San Bernadino shooting, according to numbers from the Washington State Department of Licensing (DOL). Another spike in March 2015 may have been related to shootings in Copenhagen, Denmark, Chapel Hill, North Carolina, and Tyrone, Missouri.

If those numbers return to roughly 57,000 a month — where they were in January and February — Washington could break 600,000 background checks for the first time ever. But following Sunday's mass shooting at a gay night club in Orlando, Florida, it will likely soar even higher.

Dave Workman, senior editor at TheGunMag.com and a recognized expert on Washington state gun laws, says that after the atrocity in Orlando, we will likely see people lining up to apply for permits once again.

“After Paris, there was a significant spike in activity, then with San Bernadino, it really caught fire and I can’t really say it slowed down that much in January or February either, but when Brussels happened in March, people were reminded that a terror attack is possible,” Workman says.

The recent spikes follow a steady increase in background checks since 2000.

These numbers provide only a rough picture of the number of guns in the state, however.

“Because of some of the specifics of how the NICS system works, multiple guns per sale and the like, it may not fully represent the number of legal guns sold in any given period,” says Joanna Paul, communications director at the nonprofit Alliance for Gun Responsibility in Seattle. “Even if you go back to the very beginning, not all gun owners underwent background checks when they purchased their gun some years ago, and many own more than one gun.”

The data is particularly sparse when it comes to “long guns” such as the AR-15 assault rifles commonly used in mass shootings such as those at the elementary school in Newtown, Connecticut, and movie theater in Aurora, Colorado. (The rifle used in Orlando was functionally identical to an AR-15.)

“The law directs us to collect transaction information on pistols, but as far as I know it’s never required reporting on the long guns and I don’t know why,” says Brad Benfield, communications director for the Department of Licensing. “We just collect what we are required to collect by law.”

Adds Workman: “We don’t pay attention to long guns because they are rarely used in crimes. What happened in Orlando is kind of an anomaly in the grand scheme of things.”

The FBI’s report for violent crime in 2014 revealed that people are 15.4 times more likely to die from a stabbing or beating than a rifle.

Be that as it may, it would be difficult to kill 50 people and injure more than 50 with a knife. And if recent trends continue, we’re going to see a lot more guns in the hands of Washingtonians.