Why Washington kids aren’t getting our best jobs 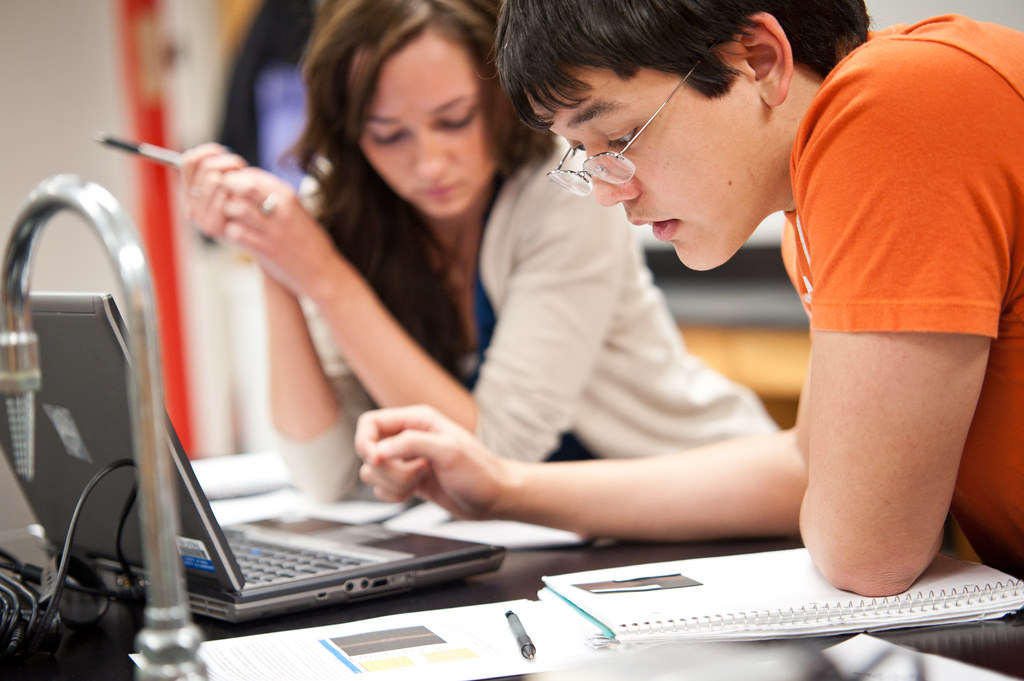 This is the first in a series of stories from Crosscut that will take a look at STEM education in the state and how it affects communities, the economy, and more. Some things we’re hoping to explore: How Washington State’s STEM efforts compare to other states; how the McCleary decision and funding challenges affect STEM education in the state; how schools are working with native students to blend indigenous and western ways of learning about science; and what happens when an engineer tries her hand at teaching for the first time. Know anything else we should be exploring? Tweet @jzubrzycki or email jackie.zubrzycki@crosscut.com.

You’re a middle school student in Washington, and you’ve decided that you’d like to eventually find a job in the state’s most common profession, software engineering. (Yes, you’re a career-minded middle schooler. Does it seem that implausible in 2016?)

But by the time you’ve arrived in high school, you’ve never taken a computer science course. The high school you’re assigned to has no class on offer that covers basics like coding.

Later, as a student at the University of Washington, you discover that you and many qualified, interested students can’t get into the computer science major because there’s not enough space.

Does the state of Washington want you to become a software engineer?

If you take politicians, business leaders and educators at their word, the answer is a resounding yes.

Over the last half decade, Washington has passed a series of laws and introduced a slew of initiatives focused on improving education in science, technology, engineering and math, often collectively referred to as STEM. Since 2012, the state has adopted new standards in science, legislated more financial support for the subjects, created standards for computer science, approved more training for teachers, started a $12 million grant program and more, all aimed at improving STEM education in the state.

A major focus has been computer science, given the growth in that sector. Gov. Jay Inslee has said that making sure Washington students have access to computer science classes is a “top priority.”

But despite all that action in Olympia, for many young people in the state, a rigorous education in STEM is still awfully hard to come by.

Close to a third of elementary schoolers, and 40 percent of middle schoolers, did not test proficient on the state’s standardized test in science. As of last school year, just 7 percent of high schools offer a computer science class, according to Washington STEM. Some 29 percent of students entering the state’s colleges require remedial math courses.

While the state has close to 20,000 job openings in computer science, according to state lawmakers, only about 1,200 students graduated from Washington universities last year with degrees in the field. A 2014 report estimated that just 9 out of 100 kids in Washington will wind up in a STEM career.

So STEM education in 2016 Washington is in the midst of transition: Schools and businesses and government officials have been trying to transform the state from a place that imports most of its highly-educated workers in the field to one that produces them.

“I think there has been tremendous progress in terms of awareness of STEM education,” said Caroline King, the chief policy and strategy officer at Washington STEM, a group that advocates for STEM. But, she said, there is still work to do on actually changing outcomes and offerings for students in the state.

What’s in a name?

When Washington STEM was founded in 2012, King said, there was concern about even using the acronym STEM in the organization’s name. Would the uninitiated assume the organization was focused on stem cell research? On environmental education?

Now, in many circles, STEM is a familiar concept. President Obama talked about the importance of STEM in his 2016 State of the Union speech; the White House has called for serious investment in diversifying the STEM professions and training more K-12 teachers in the field. In Redmond and Seattle, a handful of public schools have even incorporated the acronym into their school names.

There’s still some disagreement about what investing in STEM really means and where the gaps really are. Depending on who’s talking, graduates in STEM might include everyone from a social scientist with a ph.D. to a software engineer with a B.A. to a community college graduate who’s working as a machinist. But the real educational gaps and career prospects for those fields vary wildly.

In Washington, the biggest gap between jobs and candidates — and between current educational offerings and reality — is in computer science. The state recently passed a law to help train more computer science teachers and create standards for classes. But even with the laws, “we’ve made very little progress,” according to Michael Schutzler, the CEO of the Washington Technology Industry Association, the trade association for the area’s tech companies.

Schutzler said the state is still producing just a few hundred graduates each year with four-year degrees in computer science. In the tech industry, he said, “you’ve got an engine that creates two thirds of the jobs in the state, and yet the state will not invest in its own student body to take those jobs.”

Others argue that focusing on just computer science because of jobs gives short shrift to other sciences. Leaders in non-tech industries, including the Port of Seattle and agriculture, are also calling for better STEM education, saying that math and science are increasingly required in those fields, too.

“This is one of our big missions, to ensure that we have a workforce that is prepared to go into this maritime sector and aerospace,” said Peter McGraw, a spokesperson for the Port of Seattle. The port is running an internship program for Seattle students this summer.

Still others emphasize the importance of “scientific literacy” for all citizens and other, less workforce-oriented reasons to learn about STEM subjects, which range from appreciating the beauty and complexity of the natural world to understanding laws related to science to developing problem-solving skills.

Ed Lazowska, a professor of computer science at the University of Washington, has been raising concerns about the quality of education in the state for years. In the 1990s, he says, the state’s “strategy for creating a 21st century economy was that Bill Boeing moved here, Bill Gates was born here, and it’s a nice place to live.” Meanwhile, he said, “every aspect of public policy related to a vibrant economy,” including education, “was totally effed up.”

Lazowska argues that the state needs to expand its offerings in computer science, but also that both K-12 schools and public universities need to promote college-going more broadly to ensure that Washington-born students have as good a shot at getting a quality education, and the jobs that come with it, as people from other states.

An Issue of Equity

Meanwhile, others argue that the real issue in STEM — as in so many parts of education — is equity. Research has shown that white students and wealthier students come into Kindergarten knowing more about science and that gaps increase over time.

Demographic gaps in computer science participation are particularly striking: In 2014, just 23 of the 1,048 Washington students who took Advanced Placement Computer Science were African American, 25 were Hispanic, and 260 were girls, according to Code.org. That mirrors and drives persistent, much-chronicled race and gender gaps in the tech industry as a whole.

The ongoing stalemate over school funding, as the state determines how to fund basic education without relying too heavily on local tax levies, has also highlighted differences in education spending in different parts of the state. Materials for STEM classes can be expensive, and districts have access to different resources for science programs.

Philip Bell, the director of the University of Washington Institute for Science & Mathematics Education who holds the college's Shauna C. Larson Chair in Learning Sciences, pointed out that “the occupations that make use of STEM aren’t demographically representative of our broader society.” Bell and his colleagues are studying a number of approaches to creating more engaging and effective science and math classes.

But offering those more-engaging classes comes at a cost. In 2013, Washington was among the first states to adopt the Next Generation Science Standards, which were developed by a group of 26 stages and several science education groups. The standards encourage teachers to teach STEM topics through hands-on, authentic activities The standards also include engineering for the first time.

The problem: The standards require an entirely new set of materials and curricula, which not all schools have even a few years after the standards were adopted, and an entirely new approach to teaching, which not all teachers have been trained in. Educators refer to this step, of helping schools actually start teaching how the state’s asking them to, “implementation.” Right now, if you ask how it’s going, many will inform you that it’s still a work in progress.

So what’s next for STEM in Washington? What’s working and what’s new? Tune in over the next few months to find out.