Is there ancient treasure to be found on our coasts? 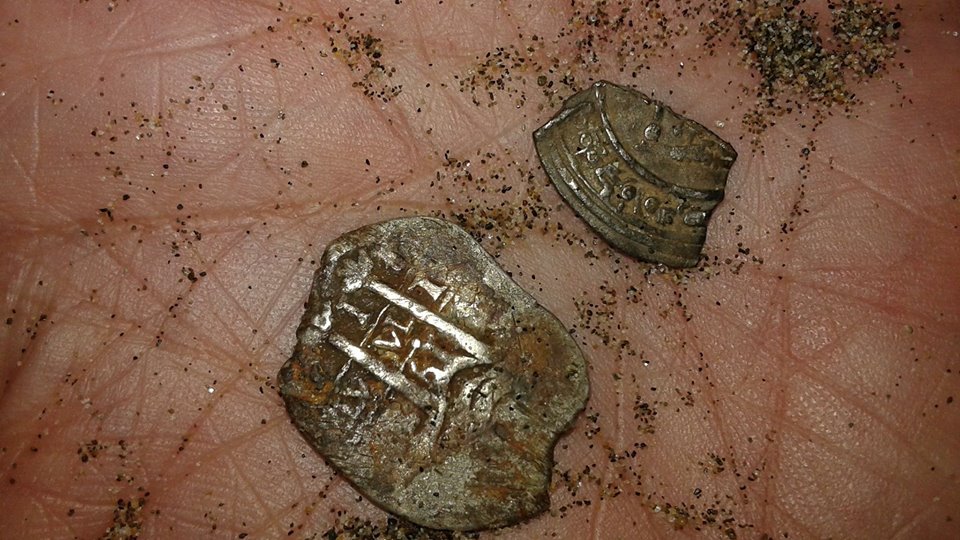 The Oregon coast is encrusted with vacationers this time of year, many of them beach combing for items ranging from Japanese fishing floats and tsunami debris to exotic driftwood and agates. Few might expect to find authentic treasures there, but two recent discoveries are enough to fire up the imagination, especially if you’re intrigued by pieces of eight.

In the late 17th century, a so-called Manila galleon — part of the robust trade between Spanish America and the Philippines from the mid 1500s until the early 1800s — was en route to Acapulco when it wrecked near Nehalem Bay, south of Cannon Beach. The vessel was carrying a load of beeswax produced by the giant Asian honeybee and destined for candles in the Spanish Empire. More than 300 years later, chunks of beeswax still occasionally turn up with the tides. The wreck is commonly referred to as the Beeswax wreck.

Other artifacts have been found verifying the calamity. Potsherds of porcelain still wash ashore — they are from Qing dynasty dishware designed specifically for export and dated to the late 1600s that was part of the galleon’s cargo of china. Some exotic hardwoods like teak, likely from the vessel, have also been recovered by locals over the years. Clatsop and Nehalem Indians scavenged debris and traded beeswax up the coast — they offered pieces to explorers Lewis and Clark during their visit to the Pacific in 1805-6. In the museum in Tillamook you can see beeswax chunks that look like aged cheeses, some with Spanish markings. More exotically, arrowheads chipped by Indians from blue and white Chinese porcelain are also on display. Apparently a smashed teacup can make a deadly weapon.

A Facebook page on the Beeswax wreck keeps history and treasure buffs updated on finds as well as maritime archaeological or research developments. Every new find adds a puzzle piece.

This June it got more interesting with reports from two beachcombers of Spanish coins found in the sands at Nehalem. If true, these could be significant artifacts, the first reported coins possibly connected to the Beeswax galleon.

Two coins and another fragment were found by agate hunters — not folks looking for evidence of the wreck or using metal detectors. Archaeologist Scott Williams has been organizing summer searches, including off-shore underwater dives, for the wreck for years and has published papers and given talks about it. By day he is the cultural resources manager for the Washington Department of Transportation, but he’s also an experienced marine archaeologist and the expert on the wreck. “I didn’t really know what the coins were until one of them posted the picture on Facebook,” Williams says. “The coins are the ‘correct’ date and type to have been on a Manila galleon in the 1690s, so I don’t see any reason to doubt that they are actually from the galleon and had recently washed ashore.”

An expert who has eyed photographs of the coins is Robert Lewis Knecht who, with his wife April, runs the Cannon Beach Treasure Co. A historian and treasure salvor who has dived many Spanish galleons off the Florida coast, Knecht has a long career in dealing in old Spanish gold and silver coins. While he doesn’t and won’t trade in Beeswax ship-related artifacts, he’s extremely knowledgeable about coinage of the era. He IDs one coin as a silver 1 reale minted in what is now Bolivia in 1661 — the date and mint marks are recognizable. This rough coin is one-eighth of the famed “pieces of eight,” the 8 reales coins so often referred to in pirate stories like Treasure Island. A fragment of another unidentified silver coin was also found. The second intact coin is a smaller, lower value one from Spain called a maravedi.

Neither of the coins are particularly rare from a collector standpoint, nor do they necessarily point to some kind of vast treasure horde below the sands. Knecht says the Manila galleon would have been laden with goods; gold and silver would more likely have been found on the galleons headed West to Manila, not on the return trip East. They probably jangled in someone’s purse, either a member of crew or, the silver coin suggests, an upscale passenger. Still, as Beewax ship relics go, “they are so rare, so cool,” Knecht says. “There is no way to put a dollar value on them.” He hopes they wind up on display somewhere.

Knecht says last winter there were some good storms that very likely washed these coins out of deep sand. That would account for their generally good condition. He says the silver reale shows minor corrosion consistent with that. If protected from salt and surf, he says, such coins can remain in remarkably good condition for centuries. He should know: He’s handled thousands like them over the years.

Scott Williams has been trying to nail down the exact identity of the wreck and has zeroed in on one missing galleon: the Santo Cristo de Burgos, which left the Philippines hurriedly and under-manned in 1693 and never arrived. Galleons were lost from time to time, but most are accounted for. Captains were often inexperienced, crews depleted, ships in poor condition, and this one could have arrived at the coast, perhaps crippled or adrift, in the winter of 1693-4. The Pacific coast was considered treacherous and some galleons were lost further south in California. Most tended to stand farther out to sea once land was sighted, their pilots fearful of rocks, fogs and the largely uncharted coastline.

Dating of the beeswax, porcelain and now the coins all are consistent with the wreck being the Santo Cristo de Burgos. But the most compelling evidence for Williams’ hypothesis about the ship’s identity is geo-archaeological research revealing that the galleon’s debris field — such as the dispersal pattern of the shattered china and ship’s timbers — is such that the vessel’s wreckage was moved by the great tsunami that hit the Northwest coast in January of 1700, caused by a large Cascadian earthquake resulting from the ongoing collision between the Juan de Fuca plate and North America off the coast. Galleon artifacts have been found in areas and at levels where they could only have landed as the result of being moved by such a force beyond normal tidal or storm activity. The Santo Cristo de Burgos is the only known missing Spanish vessel of its kind that could have been on the beach at that time.

Fascinating coin finds in the Northwest are not confined to the Oregon coast. In 2014, the discovery of an English shilling from the 1500s deep in clay on Vancouver Island stirred anew controversies over such things as how far north the English explorer Sir Francis Drake sailed during his secret trip to the West Coast in 1579. Ancient Chinese coins have been found in various parts of the region, which could have come from immigrants, trade or much speculated early Asian contact with North America.

Beachcomber discoveries of wreck relics are problematic from an archaeological perspective because details of when and how they were found are often vague. From a commercial standpoint, their provenance is much of their value. Williams acknowledges that there is chance the coins could come from a later trade period or were left at an old campsite, or might even have been purchased on eBay and left as a hoax, though he feels confident they are likely genuine.

Williams urges beachcombers to record as much information about their finds as possible — location, time, tide, etc. The coins, he says, are “a good example of the ‘Catch-22’ of archaeology, especially shipwreck archaeology that relies on beachcomber finds. We need beachcombers out there looking, because we can't be out there every day and if something does wash in, it needs to be found before it washes out again.”

A coin by itself can’t tell you much, but in the right context it can be invaluable. It certainly sparks the imagination as much as the best summer beach reading.