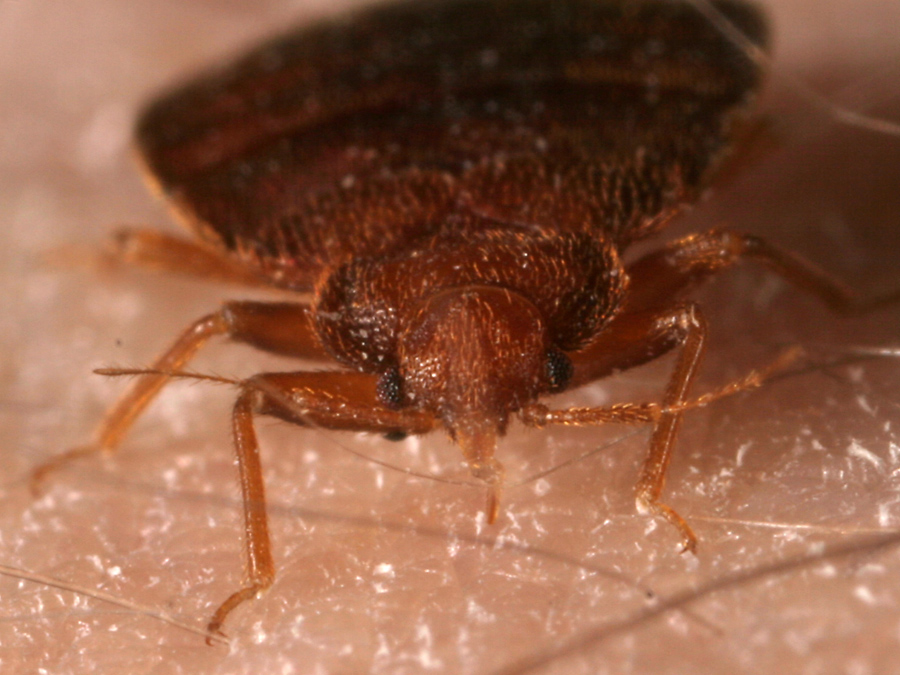 The ghosts of bedbugs past still keeps some homeless people away from shelters.

There are a number of reasons people living on the street may avoid shelter, but none so concrete as bedbugs. Speak to people living in their tents in the International District or on the slopes of Beacon Hill or under I-5 and it’s the fear of these near invisible pests that often comes up first.

Dewayne Russell doesn’t avoid shelter as much as some. When nights get cold, he’ll happily take a bed. But in general, he sees his tent in the International District, one in a row of many beneath the highway on-ramp, as cleaner than the shelters. No bedbugs here, he says.

His neighbor Abdul Toumbo, on a different day, says nearly the exact same thing. He points to the mattress that takes up the whole inside of his tent, and calls it preferable. “It’s cleaner out here,” he says. “There aren’t any bedbugs.”

Scan other stories and the same thing comes up: In the Seattle Times and the Seattle P-I, again and again people without brick and mortar shelter say they just don’t want to risk it.

Although they are not exactly a threat to people's health, bedbugs leave pink marks and can cause itching. Any encounter with bed bugs is one too many, so it’s hardly a surprise that people would want to avoid them.

It's not a widespread issue currently, but it has been a problem before, hitting almost every shelter bed around town. It was enough to spur a "Bed Bug task force" to tackle the issue. At several places, clients now place their belongings in "hot lockers" to kill the critters, a significant investment made to prevent outbreaks.

"We've had our issues with bedbugs in the past," says Greg Jensen with DESC, "but have had better luck over the past two years after making some substantial changes in our dorms by purchasing bedbug-resistant bunks and implementing a robust integrated pest management program."

Rynning says the facility's last outbreak came five years ago. She’s been with UGM for a year now, but says no one she spoke to has seen anything over the last four years.

But if the bedbugs are eradicated, that message hasn’t made it to the streets.

Homeless shelters fall under the umbrella of “transient accommodations,” which also includes hotels and other temporary lodging. That means they have to pass inspection to get a license to operate, and continue to accept random inspections.

"If they find evidence of bed bugs, they issue a notice of corrections," says David Gifford with the Washington State Department of Health, speaking broadly about transient accommodations. "[The notice] requires them to make corrections and remove the bed bugs. It’s not grounds to close anybody and we don’t fine anybody. We just let them know." Ignoring that notice could lead to harsher enforcement, but Gifford say it doesn't usually get there.

When it comes to homeless shelters, enforcement is more lenient. "They are a little different," says Gifford. "We don’t hold them to as strict of standards.... We haven’t been inspecting homeless shelters as much because they’re not a business. But we do follow up on complaints."

On the county level, King County Public Health doesn’t monitor or act on bedbugs at all. When the agency gets complaints, staffers refer people to private inspectors, says Hilary Karasz, a public information officer with KCPH. “They don’t spread disease so they’re not a priority of ours. In general, they’re not a public health concern."

It might be a stretch, but here’s one way to frame it as a public health concern: there are more people on the streets because of bedbugs. And the streets are not exactly safe with an estimated 45 people dying in 2015.

Moving or not moving the unsheltered has been the most heated debate in Seattle’s response to the growing homeless population. Mayor Ed Murray has been near desperate in his attempt to walk a middle line between looking compassionate toward the homeless while also tough on the dangers of living on the streets. He’s attempted to do this by framing cleanups, or sweeps, of unsanctioned homeless encampments as a funnel into shelters and services.

The problem is that a huge number of homeless people abhor emergency shelters. The reasons cited usually relate to the strict schedules of shelter, restrictions on pets and families and the feeling of being too cramped inside.

This fear of bedbugs has not gotten the same amount of press. And yet, in some ways, it’s a fix that’s way less complicated than changing the very structure of Seattle’s homeless shelter system. If you could convince everyone on the streets there are no bedbugs, it’s not like there would be a stampede indoors. But considering the number of times bugs come up, it would likely convince at least a few more people to give it a try.

So let’s launch a PR campaign, right? The problem is bedbugs could come back. “It’s almost like the knock on wood thing,” says Rynning. “As soon as you say ‘you’ll never get bedbugs here,’ you might get them.”

In a system as fluid as the shelters in Seattle, it’s always a possibility. Unfortunately, that might be just enough to keep people away.

This story has been updated to include mention of the "bed bug task force" and to highlight that bed bugs were a systemwide issue and not constrained to specific shelters.