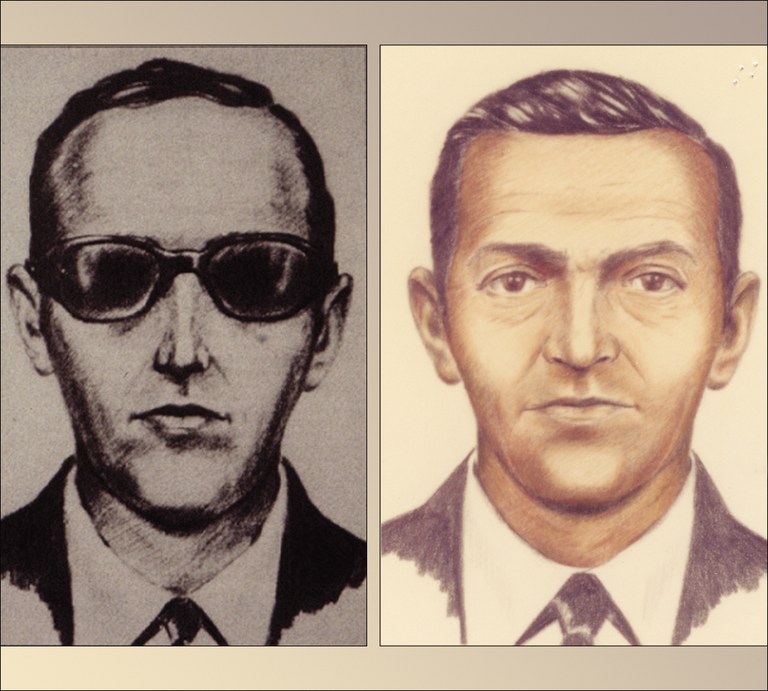 One way to kill a mystery is to stop trying to solve it.

If we stopped looking for Bigfoot, the Northwest wilds would lose some of their enigmatic edge.

If we stopped looking for UFOs — a phenomenon popularized by a sighting of “flying saucers” at Mt. Rainier in 1947 — the skies would lack some of their alien allure.

And if we stopped looking for skyjacker D. B. Cooper, we would miss another piece of Northwest mythology.

Sadly, the FBI has decided to do just that. What a killjoy. The chase is the thing.

Cooper leapt, literally, into legend in 1971 with the brazen hijacking of a 727 airliner en route to Seattle. He carried a bomb in a briefcase, so he said, and, upon landing, demanded $200,000 and parachutes, which he received. The plane took off for Portland, empty except for Cooper and the pilots. He jumped from the back of the plane probably somewhere over southwest Washington and was never heard from again.

America loves a creative outlaw. No one was hurt, unless it was Cooper himself.

He was ordinary looking, with dark glasses and a men-in-black suit and tie. He called himself “Dan” and the FBI described him as “nondescript.” It was a look picked up by actor Kyle McLachlan in his role as “Agent Cooper” in the fabled David Lynch TV series, “Twin Peaks.” Cooper, a criminal who dressed like and FBI agent, then vice versa. The melding of identities worked: crook and cop, they needed each other.

There are many theories about what became of the real Cooper. Money from the ransom was found along the Columbia River banks in 1980, aged and damaged $20 bills that offered tangible proof that what left the plane had arrived on the ground, but at least some of the loot escaped the robber’s grasp.

People claimed their fathers or relatives were D.B.Cooper, or that he went on to skyjack again, or that he died on impact. Was he living quietly somewhere like a Boeing salaryman? Had he morphed into another kind of bandit? Was he spending his money in Rio? Was he a hoax?

The media spun stories, asked the FBI for updates, celebrated anniversaries. In Portland, they brew D.B. Cooper Copper Ale. D. B Cooper restaurants popped up around the county. Ballads and books were written. Every November, in Ariel, Washington, near what might have been Cooper’s ground zero, they celebrate D. B. Cooper Days. Mysteries become a cottage industry.

And how did I miss this movie, Bigfoot vs. D.B. Cooper?

Outlaw mysteries can last a long while. A fellow in Spokane was long-rumored to be Butch Cassidy, said to have survived a Bolivian shootout to live quietly in the Inland Empire, a theory that only recently went kaput.

The Seattle FBI office said, in essence, they are tired of running down leads to nowhere. The calls are usually the same recycled “leads” they’ve heard a million times. The last new lead, they say, was in 2010, and it didn’t pan out.

In the press release announcing the active shutdown of the case the called NORJACK, the FBI wrote:

“Although the FBI appreciated the immense number of tips provided by members of the public, none to date have resulted in a definitive identification of the hijacker. The tips have conveyed plausible theories, descriptive information about individuals potentially matching the hijacker, and anecdotes — to include accounts of sudden, unexplained wealth. In order to solve a case, the FBI must prove culpability beyond a reasonable doubt, and, unfortunately, none of the well-meaning tips or applications of new investigative technology have yielded the necessary proof.”

Such tips drain bureau resources and time, which is true. Seattle FBI office spokeswoman Ayn Dietrich-Williams says she hasn’t heard anyone express dismay at the announcement. Still, her agency does seem like a bunch of party poopers.

They might reactivate the investigation if someone walks in with some actual evidence, like bags of money or a parachute that can be run through the lab. Maybe they’d like a bag of bones with a pair of sunglasses. In other words, they are done with chasing the shadows and phantoms of our collective unconscious.

Their efforts initially were about solving a crime, but the quest for Cooper evolved into playing a useful role in keeping a legend alive. Isn’t that worth something? Isn’t that a worthy use of taxpayer dollars, a small investment in maintaining our region’s mystique?

That dark Northwest mystique? Guess we don’t need it any more.