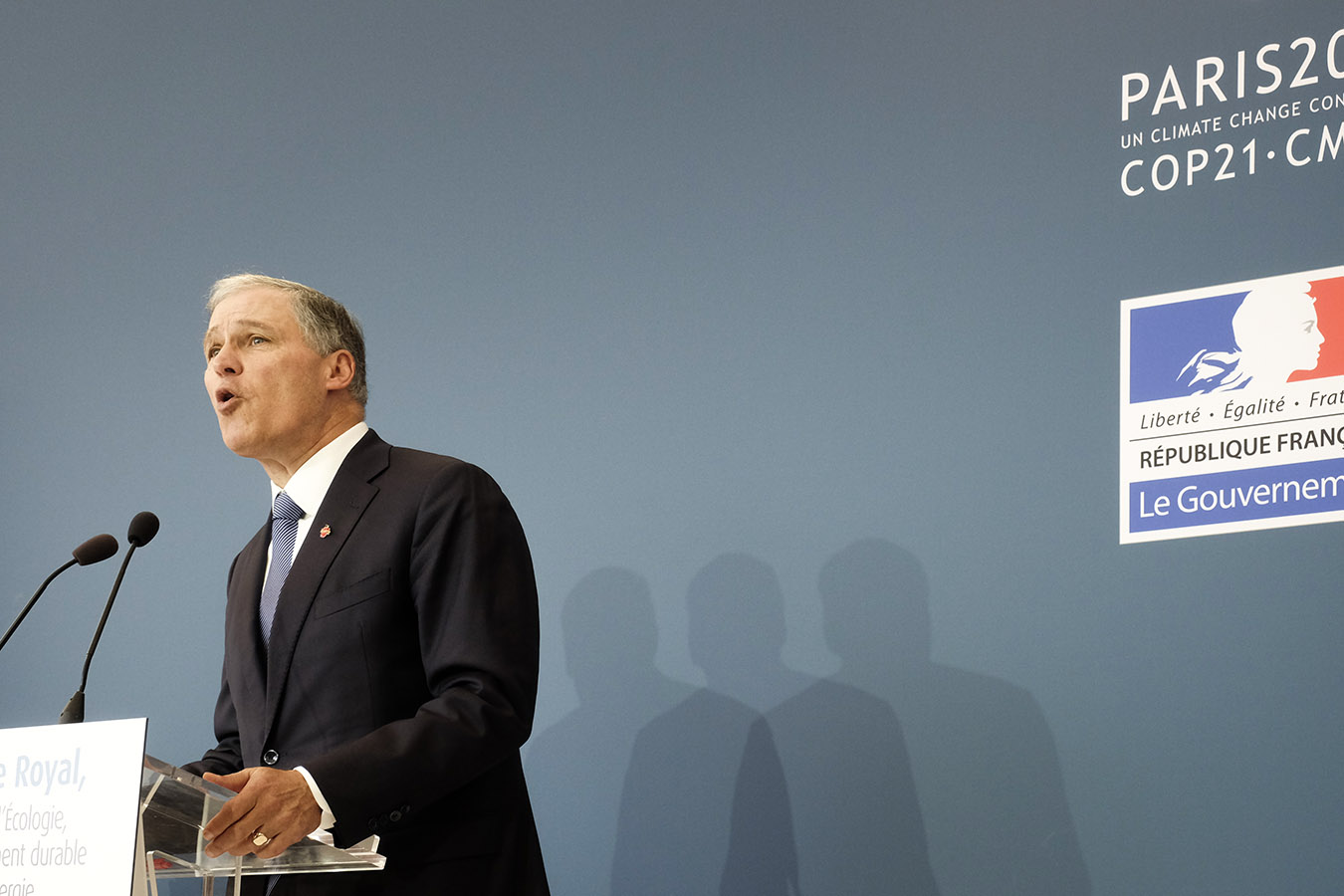 This story originally appeared on OPB.

Washington Gov. Jay Inslee, warning that “we are the last generation” that can combat climate change, is featured in a video produced by filmmaker James Cameron airing Wednesday at the Democratic National Convention.

The 5 1/2-minute video portrays climate change as a slow-moving disaster movie, replete with scenes of devastation from hurricanes, floods, drought and wildfires.

Inslee, who has made environmental issues the cornerstone of his political career, speaks over a scene of smoke billowing over a forest fire — and a scene of yellow-shirted children hiking in a field lined by wind turbines.

Then, the video transitions to Hillary Clinton. She’s shown discussing her proposals for moving toward clean energy production that she says will help curb climate change while creating jobs.

John Podesta, Clinton’s campaign chairman, said in an interview with OPB on Wednesday that climate change will be a major emphasis of her campaign in the Northwest.

Focusing on such issues as “energy transformation” and climate change will “make us successful in the Northwest,” said Podesta, particularly given Republican Donald Trump’s contention that climate change is not a problem.

Trump is also featured in the video discussing the issue.

Cameron and Maria Wilhelm, who co-produced the video, also produce a Showtime TV series called “Years Of Living Dangerously.” It uses the talent of numerous Hollywood stars to dramatize the issue.

Billionaire Paul Allen, owner of the Portland Trail Blazers, is also involved with the TV series.

Jeff Mapes is a senior political reporter at Oregon Public Broadcasting. Previously, Jeff covered state and national politics for The Oregonian for nearly 32 years. He has covered numerous presidential, congressional, gubernatorial, legislative and ballot measures, as well as many sessions of the Legislature, stretching back to 1985. Jeff graduated from San Jose State University with a B.A. in journalism. An avid bike commuter, Jeff is the author of the 2009 book, "Pedaling Revolution: How Cyclists are Changing American Cities."