In the future, we’ll all eat worms 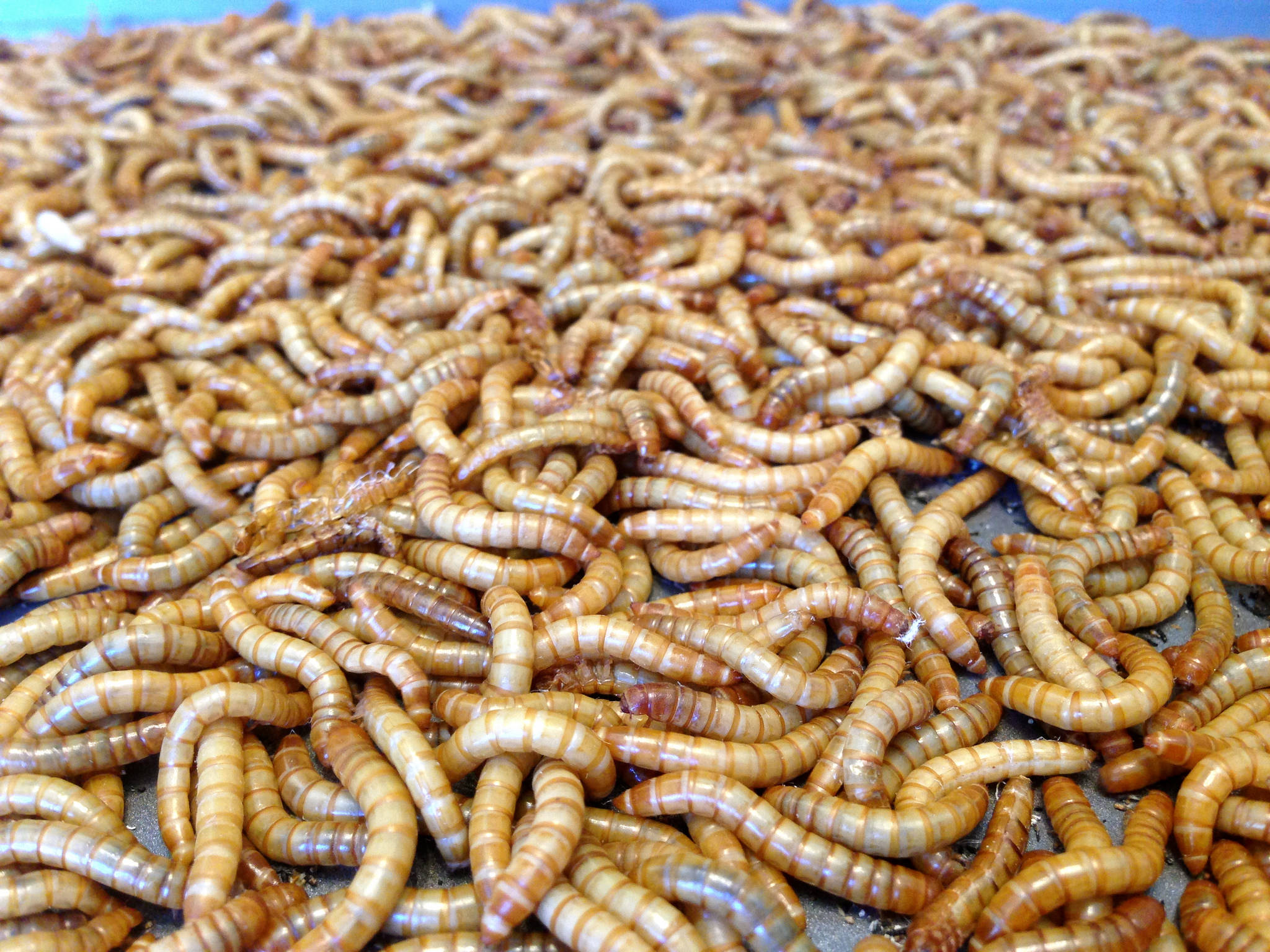 Bugs: They're what's gonna be for dinner.

Virginia Emery loves bugs. She loves them so much that last summer, Emery built a 100-square-foot barn in her backyard in Ballard for the sole purpose of growing as many insects — mealworms, to be exact — within it as possible. Thousands of mealworms later, she’s gotten so good at rearing bugs that in December she moved her farm to a bigger space in Sea-Tac, where she now harvests a couple hundred pounds of bugs a week. And she’s just getting started.

Emery is the founder of Beta Hatch, Seattle's first insect farm, which is trying to develop the best, most efficient way to harvest mealworms on a large scale in an urban setting. The mealworms are intended to be used as chicken feed and plant fertilizer. Part of Emery’s motivation to become a bug farmer, however, is that she thinks one day we’re going to have to turn to creepy-crawlies like these for dinner, too.

The notion that we should turn grubs into grub isn’t a new one. Even the U.N. has promoted the idea, because bugs are a protein-rich dish with minimal impact on the planet. The problem? “There’s a huge taboo, a sort of societal, cultural thing that prevents us from putting insects in the food category,” Emery said. But we rely on insects in our food systems — the role of honeybees as pollinators is a prime example. And insects are already a normal part of the diet for at least 2 billion people worldwide.

Emery, who has a PhD in entomology from UC Berkeley, thinks we just need a “mental shift in how we think about insects — not as things to kill or filth to get rid of, or bugs to squish or horrible mosquitos that bite you, but kind of looking to insects as a resource,” she said. “That sort of shift in mentality is something that, going forward, as we face a lot of challenges as a planet, we need to embrace.”

In a talk at Ignite Seattle last year, Emery said she became curious about bugs, and began occasionally munching on them, as a kid. Spending her childhood watching ants is part of what motivated her to pursue study biology at Canada’s Queen’s University, where she graduated in 2008. After she finished her PhD in 2013, however, she decided that she could make more of an impact on the world through business than through academia. So in early 2015, she made the shift from research scientist to “Entrepreneur in Residence” at the local incubator program WELL.

At present, the appetite for insect snacks is a high-end and niche one – think crickets hidden in bourbon or grasshoppers in chocolate. It smacks more of a fad than a long-term trend. One day Emery might be farming bugs for people — she has said that her mission is to breed a bug that tastes like bacon — but for now she’s focused on food production by way of facilitating other types of agriculture. Because there’s currently more of a market there, she sees this as a better way to figure out how to farm bugs in bulk.

“For the impacts on food security, on solving world hunger, I think there’s a lot of promises there, but no one’s been able to deliver because they need to scale,” she said. “You need to get to a price point that makes sense. So that’s the approach we’re taking: trying to produce volume at a price that can actually make an impact.”

I haven’t visited other bug farms, but it certainly seems like Emery is on to something. Within Beta Hatch's 3,500 square-foot building, well over 1,000 trays, each one containing hundreds of mealworms, are stacked into rows of wooden shelves. There’s a faint funky woody smell, but the farm is much cleaner than I expected. It's an entirely dry process, with the bugs sitting in grain rather than soil. Emery says a big part of their work so far has been designing the most efficient process possible, including minimizing waste and automating the system as much as possible for simplicity and predictability.

The process could have big implications for the environment. Chicken feed tends to incorporate its protein from other sources, most commonly from soy. Clearing land for soy production has been one of the biggest contributors to global deforestation. This is something Emery witnessed firsthand while doing academic fieldwork in the Amazon: “I was seeing the types of things I wanted to be studying disappearing,” she said.

If mealworms, which are the larval form of the darkling beetle, can be grown at scale in high-density indoor farms, it could take some of the pressure off other types of protein used for chicken feed. And bugs are a natural part of a chicken’s diet, anyway.

Why mealworms in particular? Well, for one, because Emery is particularly fond of them. “I really like beetles,” she says. From a more practical standpoint, she homed in on mealworms because they’re hardy and fairly drought resistant compared to other insects, so she can grow them in drier conditions, and because they’re high in protein and high in fat, with an amino acid profile that’s very similar to soy.

As the mealworms grow, Beta Hatch, which consists of Emery and two other employees (and they’re currently looking to hire two more), harvests the bug frass — a.k.a. poop, which comes out as a dry powder — to sell as fertilizer, which Emery says cuts down on risks like salmonella that come from more common fertilizers.

Emery also sees other ways that farming mealworms could help clean up our acts: For example they could be fed food scraps, which would break down that waste much faster than composting does and, according to research released last fall, potentially even plastics like Styrofoam. “That’s a really innovative, out-there idea,” Emery said. “They get energy from plastic, and we can turn that into food.”

Maybe that food won’t taste like bacon, at least not yet, but it will taste like chicken.