Here’s what happens when news outlets work together 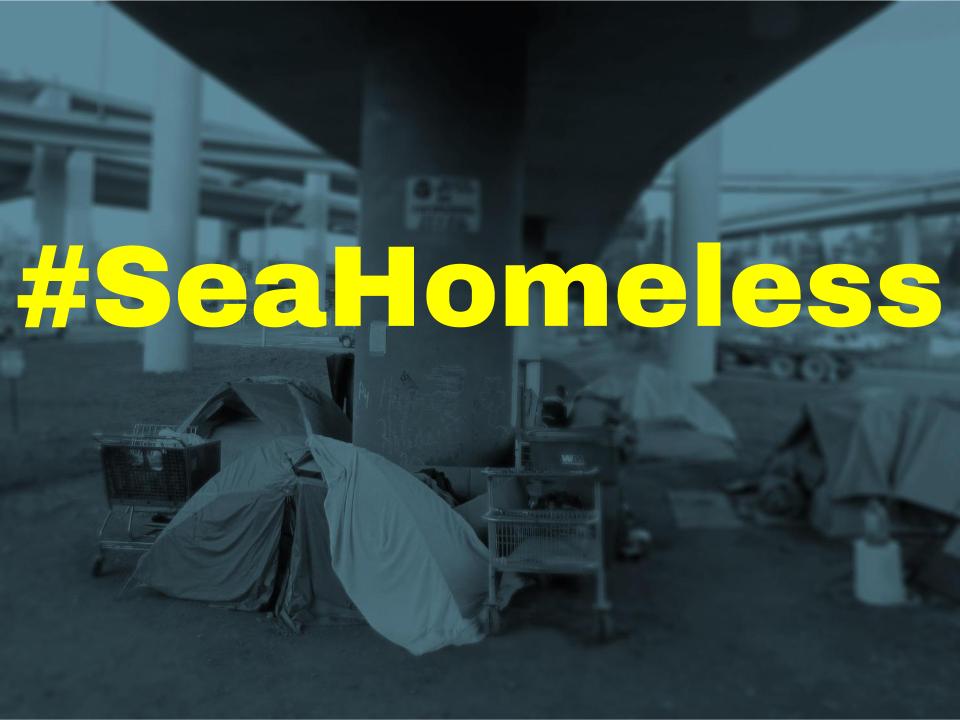 The topic of homelessness in Seattle lit up social media networks on Wednesday, when more than 30 local media outlets joined forces to shine a spotlight on the issue. The numbers and data offer a picture of how collaboration among local media and community partners can ignite civic conversation.

In the words of one Twitter user, "#SeaHomeless was an example of how social media can be used to sustain a community-wide conversation around a single topic."

As we publish this article, there have been 5,367 tweets from 1,948 accounts using the hashtag #SeaHomeless. Thanks to some heavy hitters such as the Gates Foundation (which has 1.72 million Twitter followers), KING5 (324K), The Seattle Times (305K) and Q13FOX (87.6K), as well as thousands of retweets, the hashtag has had more than 50 million potential impressions. It was the top trend on Twitter in Seattle all day Wednesday.

Here are a few highlights:

Facebook gives us less information, but a search for #SeaHomeless on June 29 got the response, “1,000 people talking about this.” On Instagram, we found 40 posts from 31 accounts using the hashtag, with 1,472 likes and 149,290 potential impressions. 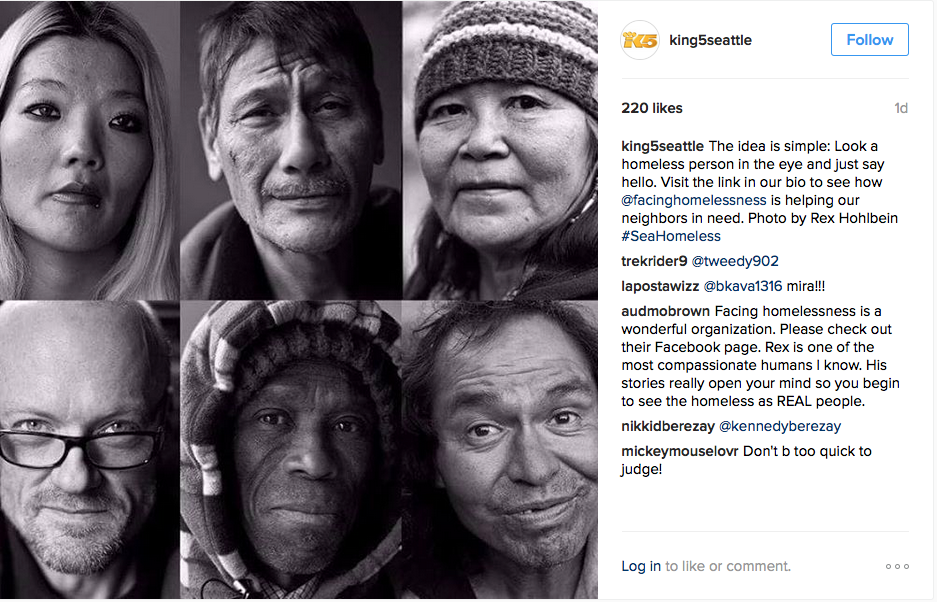 We should note that these numbers are not a measure of the number of people who actually saw stories about the homeless crisis. "Potential impressions" are the total number of tweets or posts delivered — that is, the combined following of each tweeter/ Instagrammer multiplied by the number of tweets/ posts they made — not the number of times the posts were actually viewed. But they do give you a sense of how far the conversation spread.

To illustrate how that played out, Cascade Public Media's social media metrics maestro, Brian Glanz, created a chart showing the various Twitter accounts that used the hashtag and how it spread from one account to another via retweets. Here’s a look at the center of that social media explosion: 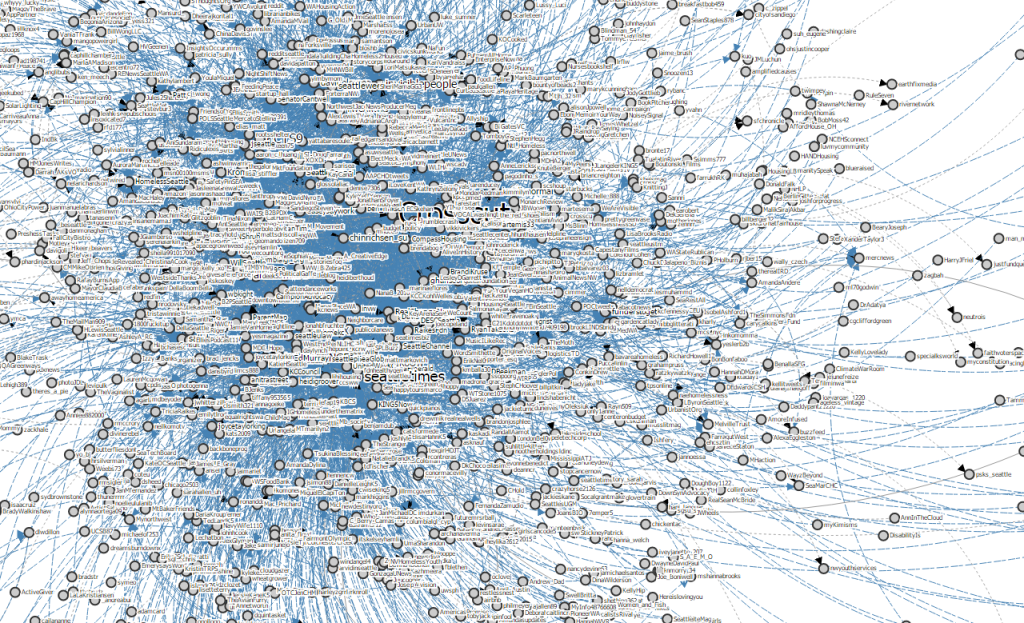 Look closely and you can see the big Twitter accounts again — the Gates Foundation, The Seattle Times, KING5 and Q13FOX, Sens. Murray and Cantwell... Most of the city's major print publications, from Seattle Weekly and The Stranger to Seattle Met and Seattle Magazine, joined in, as did many who rarely discuss homelessness like Grist, Seattle Arts and GeekWire. (Crosscut appears in large letters only because we tweeted a lot — what can we say, we were excited!)

And the conversation didn’t stop at the end of the day Wednesday. The numbers continue to add up. (You can find a constantly updated accounting here.)

Of course, the chatter on Twitter is not an indication of any real-world results. Short of getting someone thrown into jail, or tossed out of public office, it’s often difficult to gauge the impact of the news. And clearly, we did not solve the homeless crisis in a day.

But given the conversation on social media, plus the stories that appeared online, on air, and in print — to say nothing of the thousands of people living in the streets — it would have been difficult for a Seattleite to go through the day on Wednesday without at some point confronting the issue of homelessness.

Homelessness is a huge issue for our region, and for one day, everyone — media, nonprofits, foundations, advocates and everyday Seattleites — came together to focus in and have a conversation that potentially reached millions. That’s no small thing.

Now we just need to keep that conversation going until everyone in our community has a safe place to call home.