How saving a little red fish led to an urban refuge 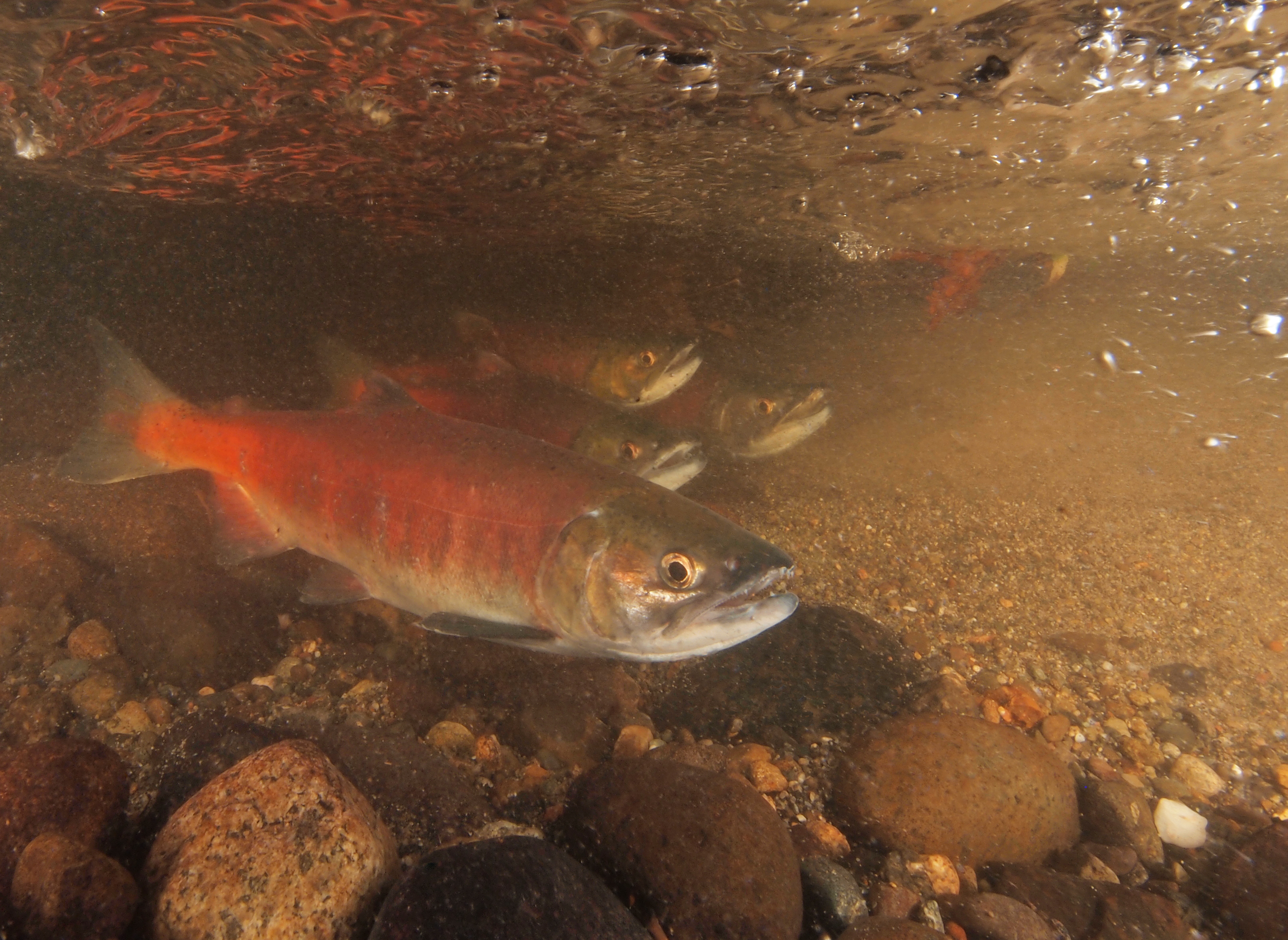 Kokanee salmon, a landlocked species that spends its entire life cycle in freshwater.

This story originally appeared in EarthFix/KCTS9.

America has more than 560 wildlife refuges. Most of them are what you’d expect: remote, untrammeled places where humans are visitors.

But a small number of wildlife refuges are located in the midst of some of the country’s most densely populated places.  They are natural areas carved from urban areas where animals and plants can thrive right next to us. One of the first of these urban fish and wildlife refuges is in the sprawl of suburbia east of Seattle: the Lake Sammamish Urban Wildlife Refuge Partnership.

More than 20 percent of Washington’s population lives in the lake’s watershed. The wildlife refuge may never have happened if it weren’t for another inhabitant: a little red fish called a kokanee.

Kokanee salmon are smaller cousins of the famous sockeye, but they differ in one very significant way. When they reach adulthood they don’t migrate out to sea, but instead swim out into the lake where they live their entire lives before returning to their native feeder streams to spawn. This made them particularly important to indigenous peoples.

“The kokanee provided a critical year-round food source for our ancestors,” says Snoqualmie Tribal Chairwoman Carolyn Lubenau. “They were a big part of our seasonal existence.”

Before white settlers arrived in this part of the Northwest, there were an estimated 10,000 kokanee in the Lake Sammamish watershed. Large-scale development starting in the 1930s encroached on their spawning habitat and polluted the lake. The kokanee began to die out. In 2003, the winter run kokanee were declared extinct and in 2011, less than 200 adults were counted. They were on the brink of becoming extinct from the lake.

Members of the Snoqualmie Tribe perform a song at a recent kokanee release event. Because they don't migrate to the ocean like other salmon, kokanee were a critical year-round food source for indigenous peoples.

But tribal and government leaders, conservationists and others – formed  the Kokanee Work Group, with the aim to reverse those trends. They engaged the local hatchery, led educational efforts and worked with developers, all with the goal of bringing back the little red fish to its native waters. Their initial work culminated in the area in 2013, when the project received the Urban Wildlife Refuge designation, which has enabled the community to further the lake’s transformation.

Today the refuge comprises over 600 acres of public and private lands, providing habitat to birds, fish and other animals and hosting more than a million annual visitors. County and city naturalists are teaming up with fish biologists and groups like Trout Unlimited to continue habitat restoration efforts and bolster kokanee populations through carefully monitored hatchery programs.  In just three years their collective efforts have helped the population grow to about 5,000 fish.

At a recent kokanee release event in Issaquah, community leaders and local school children are invited to set hatchery raised fingerlings free into a stream that is part of the Lake Sammamish watershed. One young boy dubs his baby kokanee “Kobe Bryant” and says a heartfelt goodbye before pouring his cup into the water.  He then runs off to join his friends in one of several conservation-focused educational programs that are being offered.

“This kind of event is so important to preserving the refuge and to keeping kokanee alive here for future generations,” says Jim Bower, a fish biologist for King County.  “It really shows you what can happen when we all work together.”

Made There: Chef Tad Mitsui finds harmony and home at Heyday Farm

His family business has expanded a 19th-century Bainbridge farm to include a bakery, high-end dining and more.