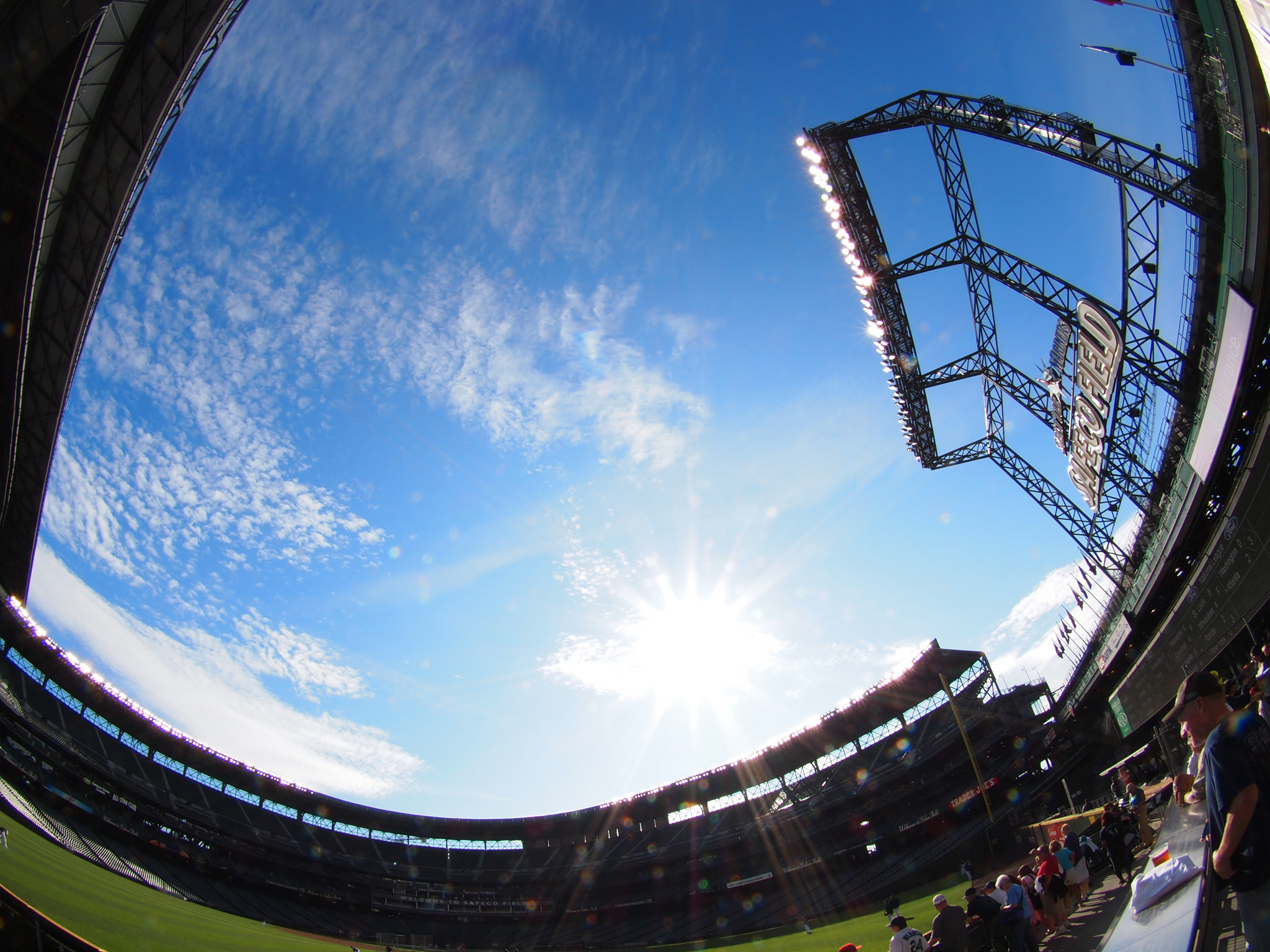 The G-forces in mood swings among Mariners fans at midseason are increasing. You can spot a Mariners fan from a distance: flattened features and peeled-back lips. The hat, of course, was blown off.

After losing six games in a row that evoked the standard June pessimism which is part of baseball here, the Mariners won seven of nine before a 2-1 loss to the Astros in Houston Monday afternoon. The latest mood swing is an uptick, inspired by a rare four-game sweep of the Baltimore Orioles, leaders of the American League East who came to Seattle over the weekend with Major League Baseball's fourth-best record.

But let's set aside the whipsaw of daily wins and losses and consider something that will influence the baseball summer and the future in a way Mariners fans haven't experienced in almost a quarter century—a change in franchise ownership.

The focus on the player moves made by new general manager Jerry Dipoto and his rookie manager, Scott Servais, to get to a 43-40 record and the edge of playoff contention, has been so intense that it has obscured the more fundamental change. Pending the expected rubber-stamp approval from MLB owners in a quarterly meeting in early August, billionaire John Stanton, leader of a 16-person group of his fellow minority owners, will replace Howard Lincoln as CEO.

At his lone public appearance so far, an introductory press conference April 8, Stanton, Seattle-born and Bellevue-raised, made an unequivocal declaration that has not been heard from the primary baseball owner in Seattle in the team's 40 years.

"I think it’s time we have that accomplishment.”

Seems a simple enough statement. But, jeez, has it been avoided here.

Since 1992, the Mariners have been owned either by Nintendo billionaire Hiroshi Yamauchi of Japan, who never saw the team play in person, or his estate's designated successor, Nintendo of America, which cared little about baseball operations except for equity appreciation. A World Series was a gauzy fantasy, not a part of the annual plan.

Since 1999, Lincoln, a corporate lawyer with no experience in sports or retail, has represented Nintendo's 55 percent majority interest as CEO. His prime directive? Bottom-line success.

It worked. The Mariners and their giant regional monopoly were valued by Forbes at an estimated $1.4 billion — for a club was purchased for $100 million. That was eighth-highest valuation in baseball. Stanton's group cashed out 90 percent of Nintendo's majority shares for about $640 million.

But business success has not produced baseball success. Not only have the Mariners been absent from the playoffs 15 years, longer than any team, they have been the community's touchstone for futility jokes and a deep second in civic sports passion to the successful Seahawks. They invited further scorn from many for five years of strident opposition to Chris Hansen's plan to bring back the NBA with a new arena in Sodo next to Safeco Field.

Stanton has been a part owner since 2000, when he purchased the shares of John McCaw of McCaw Cellular, where Stanton first came to prosperity. Stanton has heard the jokes, lamented Lincoln's missteps, chafed at the futility and yearned to grab hold of the team and run it.

In terms of intense baseball biography, a more opposite profile to Nintendo could not be written.

But passion doesn't necessarily translate to success. Nor does immense wealth. But if the company goal is the World Series as Stanton stated, love and money will get everyone there more quickly.

Which brings us to the drama of this month. July 31 is baseball's annual trade deadline, before which contenders load up on veteran talent from teams who have washed out. Stanton is not officially in charge until approved by the other teams' owners in early August, but it's hard to imagine Lincoln insisting on making the final call on trades with which the Stanton regime must live.

The Mariners under Lincoln historically have been reticent to make midseason trades, fearing the risk more than embracing the reward. It's not a terrible strategy. More recently the Mariners have taken modest steps to minimal gains.

But to contend this year — and the Mariners want to, because the clock ticks louder on the careers of Nelson Cruz, already 36, and Robinson Cano, 34 in October  — the team clearly needs another veteran starting pitcher, and perhaps a veteran reliever. A quality left fielder would be helpful, although Seth Smith and Franklin Gutierrez provide a solid platoon for the rest of the season.

Stanton has to be reasonably pleased with the early results under Dipoto and Servais, who inherited a roster unwieldy for its home park and a remarkably bereft farm system. Attendance at Safeco for a roster of many strangers is up about 400 a game to a 27,449 average.

One way to look upon the pending crossroad is that the Mariners around the end of the month will pick up a most valuable person — a committed, wealthy, knowledgeable local owner. After 40 years, that will be a franchise first.

Since even he gets only one chance to make a good first impression, the opportunity is upon Stanton to acquire a premium player who can be most valuable to a postseason run.

Acting with urgency is often a splendid way to convey sincerity of conviction.