New tech could restore some quiet to noisy oceans 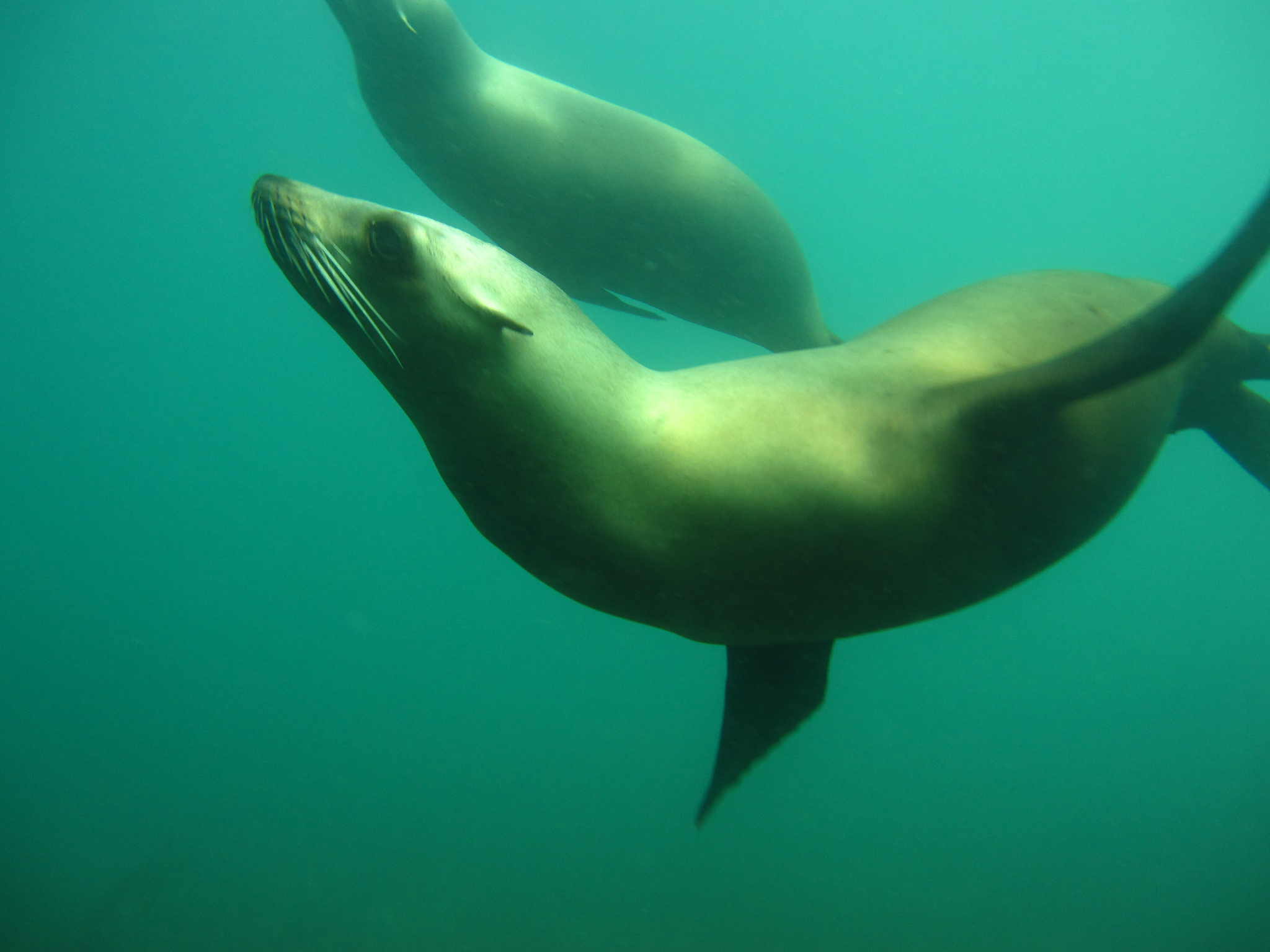 Forty feet below the surface of Puget Sound, a marbled murrelet dives for its catch. The water is cold, dark — and incredibly noisy. A ping-ping-ping emanates from the shore over second-long intervals and continues on for the next several hours, sending a series of pressure waves through the ocean. For the endangered bird, these sounds could result in anything from a disturbing annoyance to internal injuries or even death.

The pings come from installing marine piles, concrete or steel pipes that are driven into the sediments to hold up piers or other platforms over the sea. Piles are ubiquitous in waterfront cities like Seattle. In the early 2000s, however, researchers began to realize there was a connection between installing piles and the dead fish that turned up floating on the water when they did it: the pile-driving noise was so loud, it was literally killing the surrounding marine life.

But now there might be a better way to put the piles in. Seattle-based Marine Construction Technologies, a spinoff of the University of Washington’s CoMotion startup program, says it has developed a much quieter pile-driving system that could help save aquatic animals’ hearing — and lives.

We landlubbers might not realize it, but noise pollution is a big problem in our oceans. In an environment where a lack of light means it’s hard to see, many marine animals primarily rely on hearing to navigate their world. But according to the new documentary “Sonic Sea,” human sounds below the surface — like the motor of a container ship or military sonar — have doubled every decade over the past 60 years in some areas, and as we create a louder background environment, life becomes increasingly hard for certain species, like our local orca whales.

“The persistence of noise in the aquatic environment is getting to the point that it’s actually interfering with the ability for species to communicate, to forage and to echolocate to find each other or prey sources,” says Julie Hampden, environmental director at Marine Construction Technologies.

While the noise created by piles isn’t as constant as other sources of pollution, it’s among the loudest and thus the most damaging. And the noise is more pervasive than you might think: A project like the ongoing Mukilteo Mulitmodal ferry terminal will use about 600 to 800 piles, each of which will take upwards of 5,000 strikes over several hours to install.

The associated hammering noise is ear piercing even on land, but because water is much denser than air, it doesn’t compress as much, so a sound wave doesn’t attenuate as quickly as it moves through. Meaning, the sound stays louder and travels for much farther under the sea. Each ping from the impact of hammering in a pile is as loud as 200 to 210 decibels. Marine mammals start showing behavioral changes (as in, they become irritated) at as low as 120 decibels. They can suffer permanent injury when the noise gets up to 180 decibels.

And it’s not just the hearing of marine mammals, fish, or diving birds that’s at stake. Think of sound as a pressure wave. As the pile is driven into the sediment, it vibrates back and forth. When the pile bulges against the surrounding water, it compresses those water molecules — but that’s an unstable situation, because there are too many atoms in the same space. So the molecules spread out to occupy the next space, and so on, resulting in the propagation of the high-pressure area through the water. Then, when the pile moves away from the surrounding water, it creates a vacuum of molecules right next to it, sending a low-pressure area through the water.

Eardrums interpret these pressure changes as sound, but the waves move through the rest of an animal’s body as well. “And if you happen to have any gas-filled organs — like lungs, like swimming bladders, like hearing mechanisms — it will compress and expand that organ as it moves through you,” Hampden explains. “You can literally implode those organs.”

There are other pile-driving technologies that help turn the volume down. The most commonly used is called a bubble curtain: a series of rings that goes around the pile that blow bubbles, which break up the pressure wave. The problem with bubble curtains, Hampden explains, is that they don’t consistently work well, especially in moving water or tidally influenced areas, because the water movement can carry the bubbles away from the pile. In addition, the bubbles would only protect noise that’s generated along the length of the pile in the water column, but a lot of the sound can originate in the sediment that the pile is being driven into (and the pressure wave can propagate out of the sediment back into the water). Bubble curtains typically only reduce pile-driving noise by three to 10 decibels.

Marine Construction Technologies’ design, called the “Reinhall Pile” after engineer and company co-founder Per Reinhall, uses two mechanisms to quiet the pile driving. First, the pile that is hammered is placed within another, larger pile. The gap of air between the two pipes provides a buffer that helps to attenuate the sound. Second, the two piles are connected by a special “shoe” at the base of the pile that contains a rubber feature that acts like a spring, buffering the sound in the sediment.

The company has now conducted two full-scale tests of the piles, the latest of which was in December 2015, and has found that the design reduces pile-driving noise by at least 10 to 20 decibels. That might not sound like a lot, but because decibels are measured on a logarithmic scale, that’s actually a difference of orders of magnitude. The technology can bring the noise down below the injury threshold even for animals close to the piles, and the total area of potential impact becomes much smaller.

This could also help developers comply with the sound regulations that are currently in place to protect our local endangered species: The state requires that biologists be on on scene to monitor the water for animals to make sure noise levels are under their damaging thresholds, set by the U.S. Fish and Wildlife Service, when a pile is being driven in. If marbled murrelets are present, construction can only take place during limited hours so as not to interfere with the birds’ crepuscular foraging.

The Reinhall Piles do come with a higher price tag — just the shoe required for each pile would go for around $10,000 apiece. Which could be why they’re not already being used. “It’s a different technology in an environment where there hasn’t been a whole lot of innovation, so I think there’s some concern or perhaps skepticism over whether this technology is worth the additional costs,” Hampden says. But she notes that the Reinhold Piles could reduce the need for bubble curtains, which are expensive and laborious to deploy, and reduce the monitoring costs.

Hampden says the only thing that’s keeping the Reinhall Piles out of the water is finding a buyer for them. “It’s been vetted, it’s been tested, it’s ready to go,” she says. “It’s just a matter of deploying them and using them.”