Orchards, wilderness, a mountain town: Who gets the water? 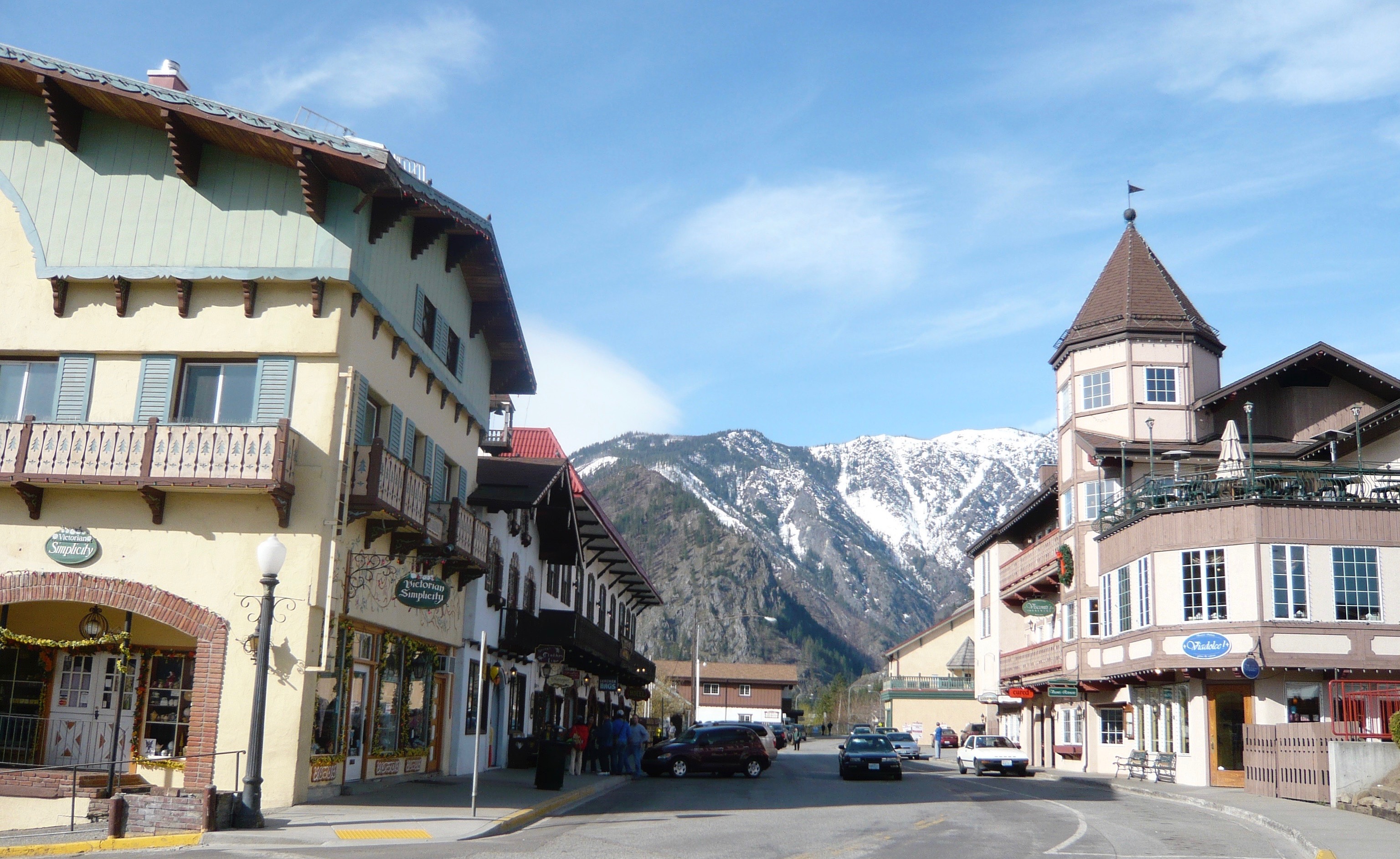 Beyond the water, green in the sunlight, Dragontail Peak rises from the shore of Colchuk Lake, its peak hidden in cloud, dark conifers on its mid-slope dusted with fresh snow even in mid June. This all lies within the Alpine Lakes Wilderness, protected since 1976 as part of what the federal Wilderness Act defines as an area "where the earth and its community of life are untrammeled by man." This certainly looks untrammeled. But it's not.

It may soon become a focus of legal and political combat over wilderness protection for Colchuk and neighboring lakes, irrigation for orchards, endangered fish runs, the future of a federal hatchery on iconic Icicle Creek near Leavenworth, and water to accommodate growth in Leavenworth itself.

Colchuck and other nearby alpine lakes were actually plumbed early in the 20th century to provide water for the Icicle-Peshastin Irrigation District and the federal fish hatchery on Icicle Creek. There are low dams, pipes, canals. The irrigation district and hatchery already held water rights when the wilderness was created. The rights were grandfathered in.

Now, the Icicle Work Group, composed of representatives from local government, county government, state agencies, federal agencies, irrigation districts and environmental groups. is shaping a plan to rebuild a collapsed dam at Eightmile Lake, automate dams at other lakes, and suck more water out of the wilderness for users down below. Leavenworth, the hatchery and the growers would get more water. So, at least in theory, would wild fish.

A dispute over water rights between the city of Leavenworth and the state Department of Ecology led to the creation of the work group, largely in the hope of reaching agreements out of court.

The old fruit-growing center of Leavenworth — east of town, pear orchards still crowd Highway 2, and stacks of big wooden fruit boxes stand beside the road  — famously revived itself as a faux-Bavarian mountain resort. Now, Leavenworth is looking decades down the road, says city administrator Joel Walinski. "Going forward, 30 years out, 50 years out, we've got to make sure that our water supply is stable," Walinski says. "That makes us economically viable."

Leavenworth and the state Department of Ecology disagree about the annual amount of water the city is entitled to under a 1960 water right. The city claims nearly four times as water as the DOE calculates. In response to a city suit, a Chelan County Superior Court ruled that the DOE could tentatively determine the amount, but a final determination would have to be made by a judge.

The two sides have put the suit on hold and, in an effort to solve water disputes in the Icicle Creek drainage, which lies in the larger Columbia Basin, the state Office of Columbia River has given Chelan County money to convene the work group. The group has been figuring out how to get the city more water while also leaving more in Icicle Creek for the hatchery and for wild fish.

This isn't the first time the state has drawn a wide array of "stakeholders" — or vested interests — together for a compromise solution to water conflicts. A similar group produced a Yakima Basin Integrated Water Management Plan, designed to provide more water for irrigators and for fish, preserve 50,000 acres in the Teanaway area, and potentially build and enlarge dams— that on their own don't pencil out — on Yakima tributaries. Whether or not they will ever be built remains an open question.

"While [the Icicle process is] modeled a lot after the Yakima," says Office of the Columbia River director Tom Tebb, "it is really, truly different." Still, with local variations, Tebb thinks this approach of bringing together competing interests is "sort of the pattern we're going to see across the West." He believes one "can't really advance in a watershed holistically without knitting these things together. On the water side, you can't go it alone. On the enviro side, you can't go big enough" without a balancing of interests.

The work group is discussing a proposal that — inevitably — offers something to everyone. Is it a pragmatic half a loaf? Or a Solomonic half a baby? For water users, if may well be the former. For wild fish, it looks very much like the latter.

A federal study suggests the fish need flows of 250 cubic feet per second at crucial times in order to get upstream into the wilderness. There's no way to keep that much water in the creek without shortchanging holders of water rights. Therefore, the work group chose 100 cfs as a target. But that may not be feasible, either, so the target dropped to 60. And in case of shortage in the late summer, even that may not happen.

The plan requires a state environmental impact statement, a draft of which is due next summer. The process will attract significant attention from politicians and environmental groups. The Alpine Lakes Wilderness itself has a lot of fans. And any action that would affect the wilderness would require Congressional approval.

There will be significant legal questions, too. Water use in the Alpine Lakes is subject to Washington water law, which follows the "use it or lose it" principle common throughout the West. Once you have a water right, you must put it to "beneficial use." Whatever you don't use, you relinquish. And waste isn't a beneficial use.

So, has the irrigation district relinquished some of its right with leaking canals and its failure to use the water that flowed away because of the dysfunctional dam on Eightmile Lake? And, if water from the lakes starts flowing to Leavenworth under the work group’s proposal, is that a new use requiring new state approval?

The hatchery has long been under legal siege and, by all accounts, it needs work. Among other things, the water intake still isn't screened to keep out migrating wild fish. Wild Fish Conservancy executive director Kurt Beardslee recalls hatchery officials telling him that, even so, no one had ever found the federally protected bull trout in the hatchery's settling basin. He spotted one in less than 30 seconds. Where the hatchery is concerned, OCR’s Tebb says, "doing nothing is really not a solution."

The hatchery cranks out salmon for tribes with trreaty fishing rights. Tribal members catch them from wooden platforms at the foot of the spillway. The tribes give the hatchery an important constituency.

Wild Fish Conservancy and the Seattle-based Center for Environmental Law and Policy have sued the U.S. Fish and Wildlife Service and the Bureau of Land Management, alleging the hatchery has been operating without a valid Clean Water Act discharge permit since 1979. Wild Fish Conservancy has also sued federal agencies over hatchery operations and last year's NOAA biological opinion (BiOp) that those operations won't jeopardize the survival of federally protected steelhead. A motion for summary judgment, which the U.S. District Court for Eastern Washington will hear in September, also argues that the BiOp “fails to adequately account for climate change.”

Climate change raises the stakes for everyone. Scientists project that less water will be available in late summer, when farmers — and fish — need it most.

Wild Fish Conservancy's Nick Gayeski worries about a time at which listed wild fish are trapped in the lower river with temperatures too high for effective spawning and rearing, because there's not enough water in Icicle Creek for them to reach cooler water upstream.

Here, as in the Yakima Basin, all concerned seem to assume that the Endangered Species Act and other laws which should protect listed fish populations will be followed only if there's a quid pro quo: Somebody has to get something in return. An agency, Gayeski says, implicitly communicates, “What's my incentive to comply with the law? We need a bribe.”

Shouldn't federal and state agencies insure enough water for listed wild fish populations? Of course. Do they? Certainly not. Some people hope the courts will force them to. Others, who advocate a compromise solution, say decades of litigation have failed to produced real progress.

Water law attorney Rachael Osborn, who represented the Center for Environmental Law and Policy on the work group steering committee, says that although she personally isn't threatening to sue, the handwriting is pretty clearly on the wall: "It's ironic," she says, "that they say 'we need to do this because litigation does not solve problems in Icicle Creek.'" If this plan goes forward, "I'm sure there will be litigation. They're asking for it."

On top of suits that could focus on relinquished water rights and other environmental issues, there are the Wilderness Act issues. "Nobody's ever done a new wilderness water project," she says. "Never! That they even think they can do this [without winding up in court] is ridiculous.