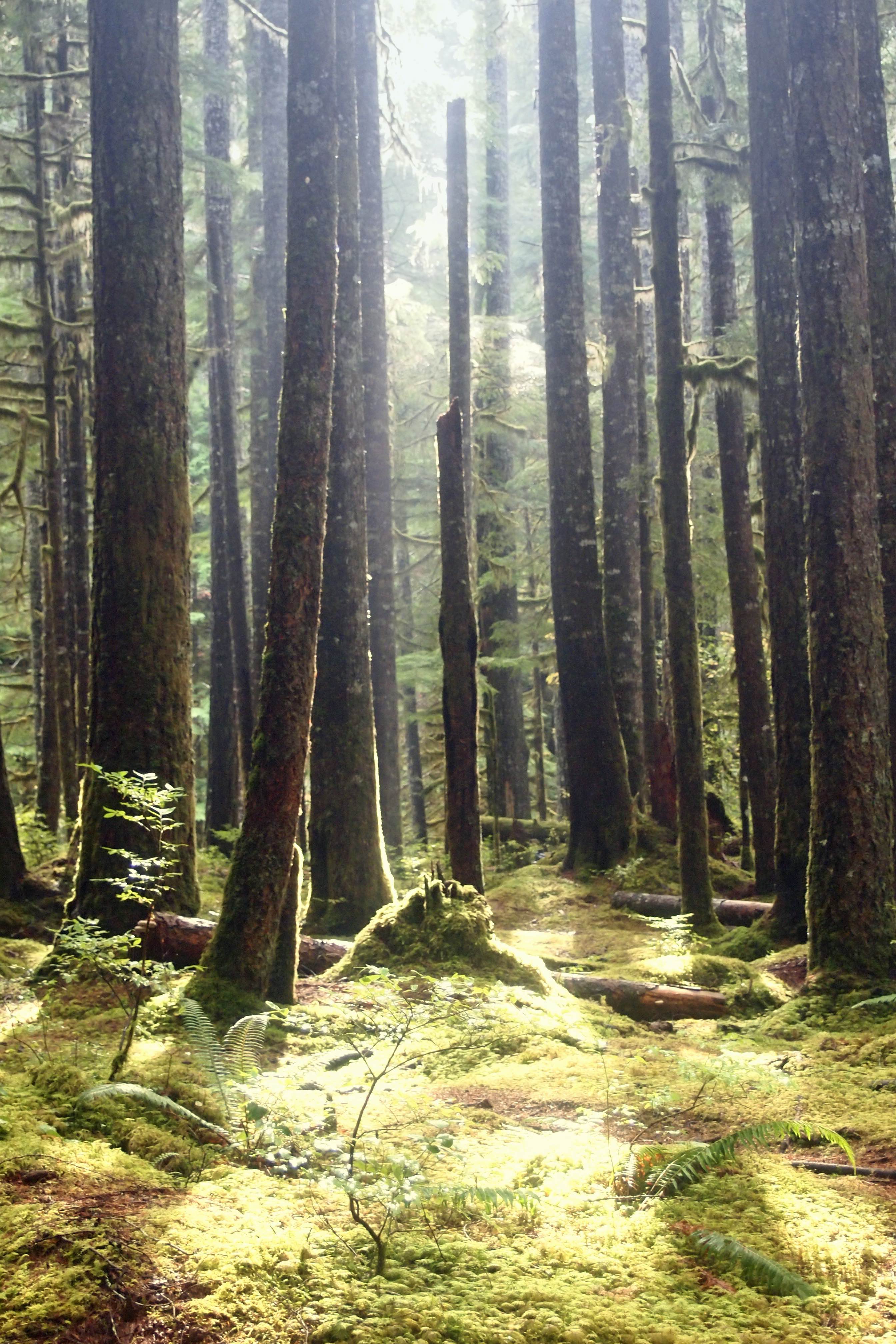 Every four years, at the height of the presidential circus, voters scan a list of unfamiliar, down-ballot names and elect the chief environmental officer for seven million Washingtonians.

The independently elected public lands commissioner, who runs the state Department of Natural Resources, has a big role in the health the state’s waters, forests and open spaces — (though it’s not an exclusive role: there’s also an Ecology Department reporting to the governor).

In the age of climate change and species extinction, Washington’s lands commissioner is required to maximize harvesting of public timberlands. The non-tax revenue (revenue that is “non-tax” is oddly popular) gooses K-12 school construction, the capitol campus in Olympia, state universities, and even the Department of Corrections, to the tune of $200 million annually.

“It’s actually a minor part of school funding,” said former state Rep. Hans Dunshee. “But it always gets waived as a flag for cutting more trees.”

The commissioner, who also chairs the Forest Practices Board and the Natural Resources Board, is a legacy of Washington’s progressive, 19th century constitution. Bust up concentrated power and give the people a voice.

One-hundred and twenty-seven years ago, the state’s leadership was Bernie Sanders in a Victorian bowler, sticking it to big timber, big railroads, and big-business. In 1889, at the time of Washington statehood, the federal government forked over 3 million acres of public land, with the primary goal of educating children here.

The mandate also places Washington’s elected Superintendent of Public Instruction on the Natural Resources Board, with the Superintendent voting on trust-land timber sales that supplement K-12 coffers. As the Department of Natural Resources’ website reminds readers, “Free public education was seen then, as it is now, as essential to American freedom, prosperity and happiness.”

The unsubtle subtext: Don’t decouple school funding from public timber sales unless you’re averse to freedom and the American way.

Separately, many of the state’s forest trust lands were forfeited to counties by financially strapped private owners during the Great Depression. These lands are also overseen by the DNR to boost largely rural counties.

To crystallize the burdens of the job, add “chief firefighter” to all of the above.

The frustration of hitting-up a hidebound Legislature for adequate funding to fight forest fires may have pushed current Lands Commissioner Peter Goldmark not to seek a third term.

Goldmark, a Democrat, has been a conscientious, if enigmatic leader. First elected in 2008 with the help of Washington’s conservation community, Goldmark seemed superbly qualified with a Berkeley Ph.D (in molecular biology) and decades of experience as a rancher in the Okanogan Highlands. (He hails from a distinguished public-service family, which includes his father, John, a state legislator unfairly smeared as a communist in the early 1960s, an injustice that culminated in a famous court case, with Bill Dwyer representing the Goldmarks.)

Peter Goldmark’s opponent in 2008, Republican incumbent Doug Sutherland, was branded as too cozy with the timber industry, a charge that stuck and led to his defeat.

By 2012, however, Goldmark had alienated many of the same advocates who helped elect him, a split given expression when he back-pedaled on a promise not to accept campaign donations from timber interests. Ultimately, Goldmark didn’t evolve into the gadfly reformer that his supporters envisioned, and his defensive, politically tone-deaf leadership style magnified the schism.

For enviro purists in particular, Goldmark committed sins of omission. He didn’t cotton to prescribed burns, for example, because of blowback from rural residents. He also didn’t boost timber certification by the Forest Stewardship Council (FSC), a sustainable-forestry indicator, which was within his purview as commissioner.

This year’s race has attracted a handful of competitive candidates.

Democrat Hillary Franz, an attorney and former Bainbridge Island city councilmember, is the executive director of Futurewise, a left-leaning enviro-advocacy group. Endorsed by Washington Conservation Voters, Franz has raised the most money at $179,000, and earned a top-rookie nod from the Seattlepi.com’s Joel Connelly. Democratic King County Councilmember Dave Upthegrove, a former chair of the state House Environment Committee, is a more established contender, with a lengthy political resume and backing from the Washington State Labor Council and former Gov. Chris Gregoire.

Other high-profile candidates include two more Democrats, management consultant Karen Porterfield, whose campaign is co-chaired by Lt. Gov. Brad Owen, and who has raised the second-highest amount of dough; and Mary Verner, a former Democratic mayor of Spokane, who holds a masters’ degree from the Yale School of Forestry.

And there’s one Republican, retired U.S. Navy Commander Steve McLaughlin of Seabeck. McLaughlin, who hopes to “restore balance” to the office, underlines the commissioner’s core responsibility to bolster school funding. He says he was galvanized to run by the record-setting wildfires. He has raised less than other candidates attracting big attention, but he could be a sleeper who does very well in the primary.

The list rounds out with a lower-profile Democrat, John Stillings, and a Libertarian, aeronautics engineer Steven M. Nielson, who has held state leadership positions for his party.

Today, the question is whether meaningful policy reform is tenable. The next lands commissioner could be a confluence of John Muir and Rachel Carson — with an undercurrent of Al Gore — but they’re still saddled with a public-good mandate for raising money that flows against other public benefits.

“All things are possible politically,” said Denis Hayes, the organizer of Earth Day and the longtime executive director of the Bullitt Foundation.

Hayes notes that the office was conceived when Washington was still something of an American colony, dependent upon resource extraction. The new tech, clean-energy economy centers on making Washington a more attractive place.

Hayes, Goldman and others are vigorous advocates of cross-laminated timber, a more innovative wood product that can be manufactured in economically depressed rural areas. Other reforms include integrating the realities of climate change into forest practices, advancing FSC certification, and ending short-rotation, clear-cut forestry.

Hans Dunshee, now a Snohomish County Councilmember, points out that the office is, “much more than timber.”  The commissioner can sharpen the regulatory end over fish and aquatic lands, for example.

For decades, Olympia has witnessed reformers swing but strike out, laboring to modernize the scope and mission of the office.

In 2016, in the era of rising sea levels and climate change, all the reformist sound and fury will need to signify (and translate) into something real.