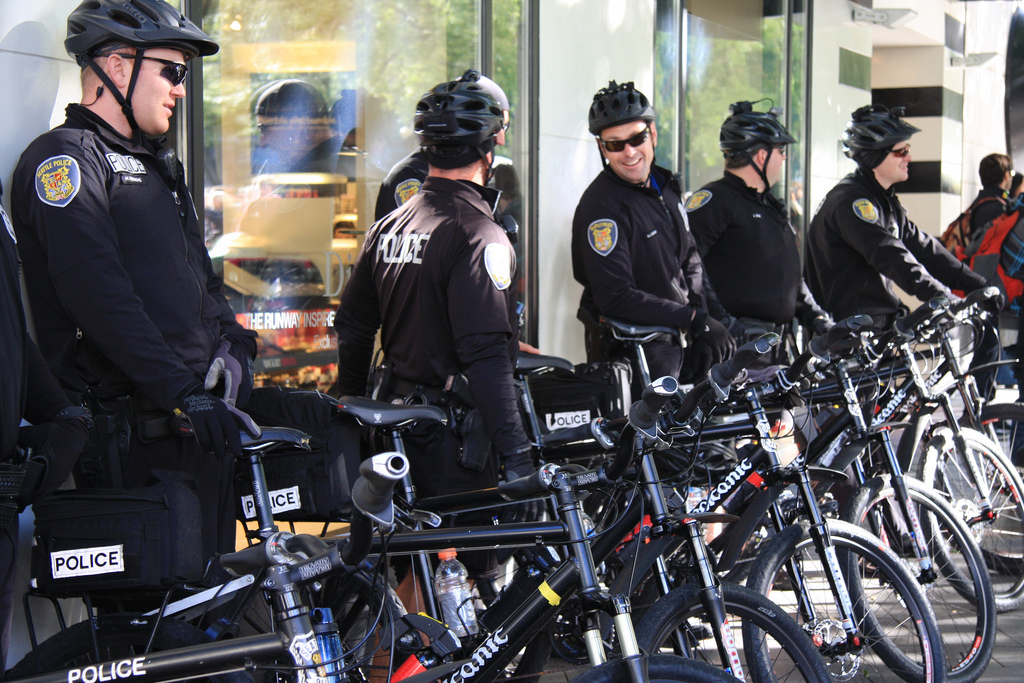 With the news that the president of the Seattle Police Officers Guild, Ron Smith, was resigning, some corners of social media Tuesday night lit up like Oz. But in the days following, some of the staunchest advocates for police reform may be missing from that chorus.

It’s also no secret that SPOG, the rank and file officers’ union, has fiercely shielded its members, even as the rest of Seattle decries the behavior of officers like Cynthia Whitlatch and Ian Birk. It’s aired its disgust for the civilian director of OPA Pierce Murphy, publicly celebrating the news that he was not being re-appointed to his post. And SPOG has repeatedly raised eyebrows with its social media posts about President Obama and a “minority movement” of people whom it not so subtly blamed for the shootings of police officers in Dallas.

Combined, SPOG’s actions has reinforced the image of a stark Code of Silence among officers in the face of misconduct. It should have been expected, then, that many took to social media Tuesday evening to celebrate Smith's resignation.

But for all the blame levied at Smith, there's a more nuanced reaction from reform advocacy organizations like the Public Defenders Association and Community Police Commission.

The co-chair of CPC Lisa Daugaard — speaking as the Director of the Public Defenders Association, not in her CPC capacity — said things could have gone terribly with SPOG, but haven't. "To the surprise of many including me," she said in an email, "SPOG really has not impeded the reform process. There were many points along the way when many police unions might have filed grievances or unfair labor practice complaints about the changes that have been implemented without bargaining.  They've chosen not to do that."

"The union also pointedly distanced itself from the lawsuit by North Precinct officers against the Use of Force policy that was revised under the consent decree," she said. "It's not as simple as the labor union being the problem, tempting as that idea is, and true as it may have been in the past."

Many commissioners on the CPC are members of activist and advocacy groups like the ACLU and Mothers for Police Accountability, and not shy about holding police accountable. The Public Defenders Association is the same. At one point, future president of SPOG Kevin Stuckey threatened to give up his seat on the CPC in response to several proposed recommendations on the table.

But as Crosscut reported last February, the CPC and SPOG have stood up for one another on several occasions with Smith at the helm. During his tenure as president, Smith praised the CPC for its professionalism.

“They don’t marginalize Kevin [Stuckey],” he said. “They treat him like a commissioner.” He went on to describe his positive relationship with Daugaard, who is among the most visible and outspoken proponents of reform in Seattle.

The place that SPOG has perhaps been the most pilloried is at the collective bargaining table. One might imagine the CPC would welcome any opportunity to lessen SPOG’s influence there. But when the CPC perceived a potential threat to the collective bargaining process —delivered in the form of a letter from a federal judge that may have suggested he needed to approve dispute review  policies that emerge from the negotiations — the CPC wrote an amicus brief defending the process.

“There is no evidence that the collective bargaining negotiations currently underway in Seattle are being used in a way that violates the civil rights of any person or group of people, which might make such a step necessary,” read the amicus.

But attend a few CPC meetings, and it quickly becomes clear that the CPC's frustrations are borne out of the politicking in and around City Hall and the legal handling of the entire case, not its relationship with SPOG.