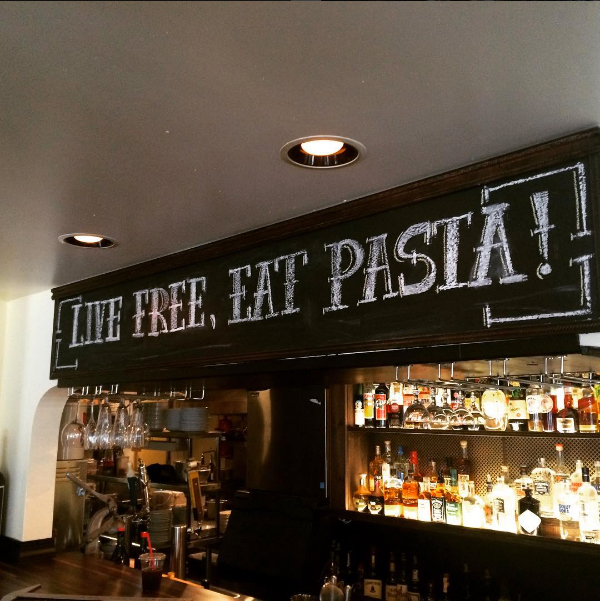 The growth rate of Seattle's young adult population is skyrocketing compared to that of the rest of the nation. According to research conducted at Canada's University of Waterloo, only four other major metropolitan areas have a greater number of 25 to 34-year-olds.

Markus Moos, geographer and urban planner at the University of Waterloo, says the metropolitan areas are undergoing what he calls “youthification.” It’s a process that is both opening up opportunities for restaurants as well as exerting pressure for change on parts of the industry (where I work when I’m not writing).

Last year, seattlepi.com reported, for example, “Amazon and other tech companies have helped turn South Lake Union from a sparse industrial area to a chic neighborhood of new offices, upscale apartments and trendy bars and restaurants.”

On the other hand, Seattle is also experiencing a rising cost of living that's putting pressure on many of the younger residents who aren't making six-figure tech salaries. The city has historically experienced a high cost of living relative to the national average, but the recent increase in tech jobs is creating an even greater disparity. The cost of living is about 25 percent higher than in other urban cities due to our particularly fast-growing economy, says Seattle economist Dick Conway. Rising housing costs are forcing many younger people like myself out of expensive neighborhoods like Capitol Hill and into more affordable neighborhoods like Phinney Ridge or Maple Leaf.

Many of Seattle's restaurants are feeling the effects of this shift. Cucina Americana, Maple Leaf's new Italian-American eatery, has centered much of its dining concept around bringing a classy yet affordable dining experience to this younger and more lively crowd.  “We're approachable,” says Executive Chef Derek May, who helped to create the menu around the concept of affordability with a modern flair for the area's changing clientele.

The younger crowd helped inspire the rustic Italian-American comfort food that the restaurant offers. Moreover, the cocktail menu was created in light of Seattle's up-and-coming craft cocktail scene. The goal was to take beloved cocktails and give them an Italian twist to keep things both familiar and intriguing. May explains that as the first modern-dining restaurant of its kind in an area that primarily markets staple bar food, Cucina Americana has so far succeeded in distinguishing itself from its neighbors.

Like Maple Leaf, Phinney Ridge's restaurant clientele has traditionally consisted of an older crowd, but in recent years it has become increasingly inviting to young people due to the introduction of affordable, compact apartment complexes. Chad Campbell, owner of Phinney's In The Red Wine Bar, plans to change his business model to that of a regular dive bar and restaurant after six years of operating as a wine bar. It's a move he's discussed with his regular customers, and one that he's been considering ever since he noticed a significant drop in his clientele two years ago.

The wine bar concept tends to limit the customer base to an older crowd, which doesn't suit Seattle very well, Campbell explains. He adds that he's witnessed most of the area's wine bars go out of business. Despite the changes taking place in the neighborhood, Campbell seems happy; he's confident that transitioning to a dive bar, which he plans to call The Whit's End, will bring in a more consistent source of clients in today's Seattle.

James Schmidt, owner of the local Pecado Bueno counter-service restaurants (and also my boss) in Fremont, Eastlake and West Seattle, is also optimistic about the direction in which Seattle's restaurants seem to be headed. Schmidt, who was also a co-founder of Taco Del Mar, was an innovator of the affordable quick-service concept in the early 1990s that he believes is the future of dining in Seattle. He’s not alone in seeing room for growth in that area. The National Restaurant Association sees "chef-driven fast casual concepts" as the second hottest trend for 2016, right after locally sourced meats and seafoods.

With Pecado Bueno, Schmidt wanted to install a full bar to give it more of a neighborhood feel than Taco Del Mar. He explains that in an age when a growing number of young working people and families want a more efficient and cost-effective dining experience, the quick-service concept is a far more viable option in a number of ways: It doesn't require many of the expenses associated with a traditional sit-down restaurant, yet it provides fast service and affordable but high-quality foods, for example.

Although Seattle is currently experiencing an optimal economy, it's difficult to predict the economy's future. The quantity of job opportunities in the future will certainly impact the migration trends of young people, and consequently how local restaurants perform in the market. Dick Conway believes that given today's economic peak growth, the next few years will quite possibly bring a downturn, implying that the business models of restaurants like Cucina Americana, The Whit's End or Pecado Bueno will continue to evolve based on an ever-changing base of clients.

Regardless, for now some restaurant owners are clearly happy about their growth in youthful clientele. When asked about what he thought of the state of Seattle's economy with regard to the restaurant industry, Schmidt replied, "I wake up every morning and thank God I live in Seattle."