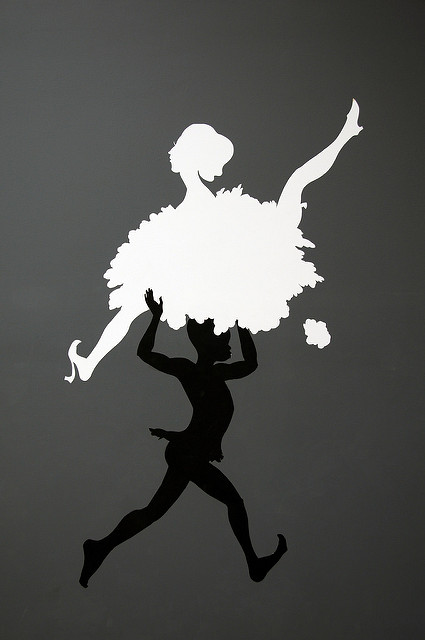 Emancipating the Past: Kara Walker’s Tales of Slavery and Power

They are stark in their simplicity — black silhouettes of African Americans, delicately cut out from paper posted on white backgrounds — inviting you to interpret precisely what is going on. But they are unflinchingly powerful, depicting a severed limb here or an anguished body there or an act of deplorable violence. Sixty large-scale works by the contemporary artist are on display, examining racial stereotypes, slavery and power. The works hail from a private collection in Portland, Oregon. This particular show, said collector Jordan Schnitzer at a media event last week, is meant to be shown in some of the whitest communities. It has just opened at Bellevue Arts Museum and no one could argue this particular show is unmistakably timely. And, needed.

If you go: Emancipating the Past: Kara Walker’s Tales of Slavery and Power, Bellevue Arts Museum, Through Nov. 27 ($12)—F.D.

On his weekly podcast The Seattle Files, local comedy performer Chris Allen teaches other local comedians about Seattle history. Having just released episode 37, Allen will be bringing the podcast live to Central Cinema. A panel of comedians (Nancy Guppy, Alison Lührs and Doug Willott) will discuss cryptozoology here in the Pacific Northwest, which is famous for one-third of all Bigfoot sightings. And what better film to compliment all that funny discussion than the locally-shot, family comedy classic Harry and the Hendersons? I’m hoping this spurs some pilgrimages to the Henderson house in Wallingford. Why should Twin Peaks fans have all the fun gallivanting?

Alicia Gosti, impresario of unforgettable durational events, world premieres a 5-hour exploration of Seattle’s relationship to water. Both celebration as well as critique, eight dancers will perform on the Seattle waterfront in a piece that will also feature a choir, amplified water and park sounds, a marching band and poetry.  Bring sunscreen. Swing by and or stay for the entire event. 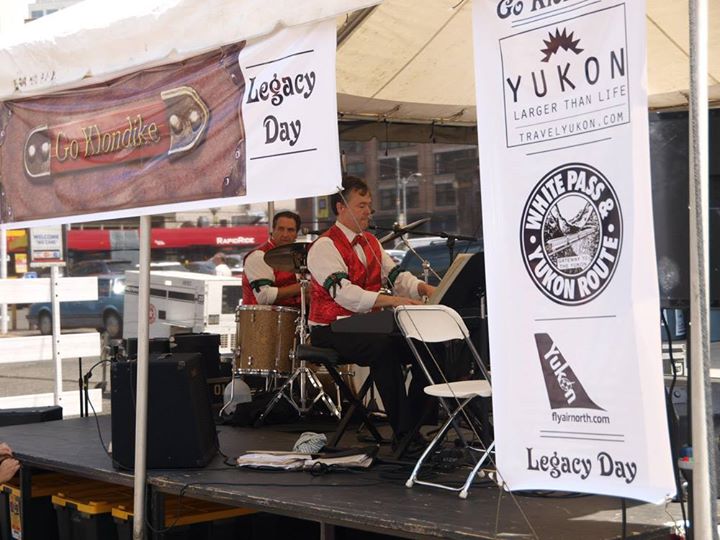 Perhaps you’ve seen a National Park ranger at the REI Flagship store, but did you know about Seattle’s own National Park, right in Pioneer Square? Each day at the Klondike Gold Rush National Historical Park, visitors can interact with exhibits, take part in a gold panning demonstration and watch videos dedicated to this exciting period in Seattle history. Once a year, the park puts on Legacy Day, a street festival that includes dramatic storytelling performances by Living Voices, Last Resort Fire Department tours, and photo ops with a sled dog dream. Barring a bout of 21st century gold fever, this is the closest you’ll get to being a gold prospector so make the most of it for the day! At 2 p.m., get some more history on Pioneer Square on a free hour-long walking tour which (full disclosure) I’m volunteering for on Sundays throughout the summer. This event also includes free Klondike Bars, which I am historically obligated to tell you did not exist at the time of the gold rush. 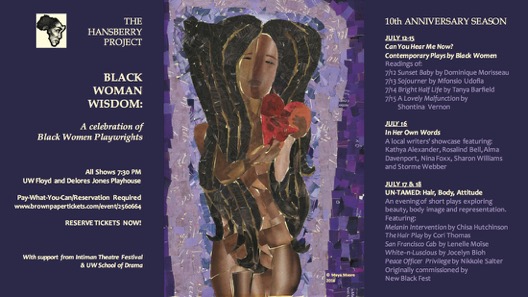 As part of its 10th anniversary season, Seattle’s Hansberry Project turns the spotlight on 15 black female playwrights with one week’s worth of readings and performances.  On tap: a reading of A Lovely Malfunction by Shontina Vernon, a play about a mother and daughter and a showcase of work by local writers including Kathya Alexander, Rosalind Bell, Alma Davenport, Nina Foxx, Sharon Williams and Storme Webber (July 16).

If you go: Black Woman Wisdom: A Celebration of Black Women Playwrights, UW Floyd and Delores Jones Playhouse, Through July 18 (pay what you can; minimum of $5)—F.D.