Are these burgers worthy of the Pope? 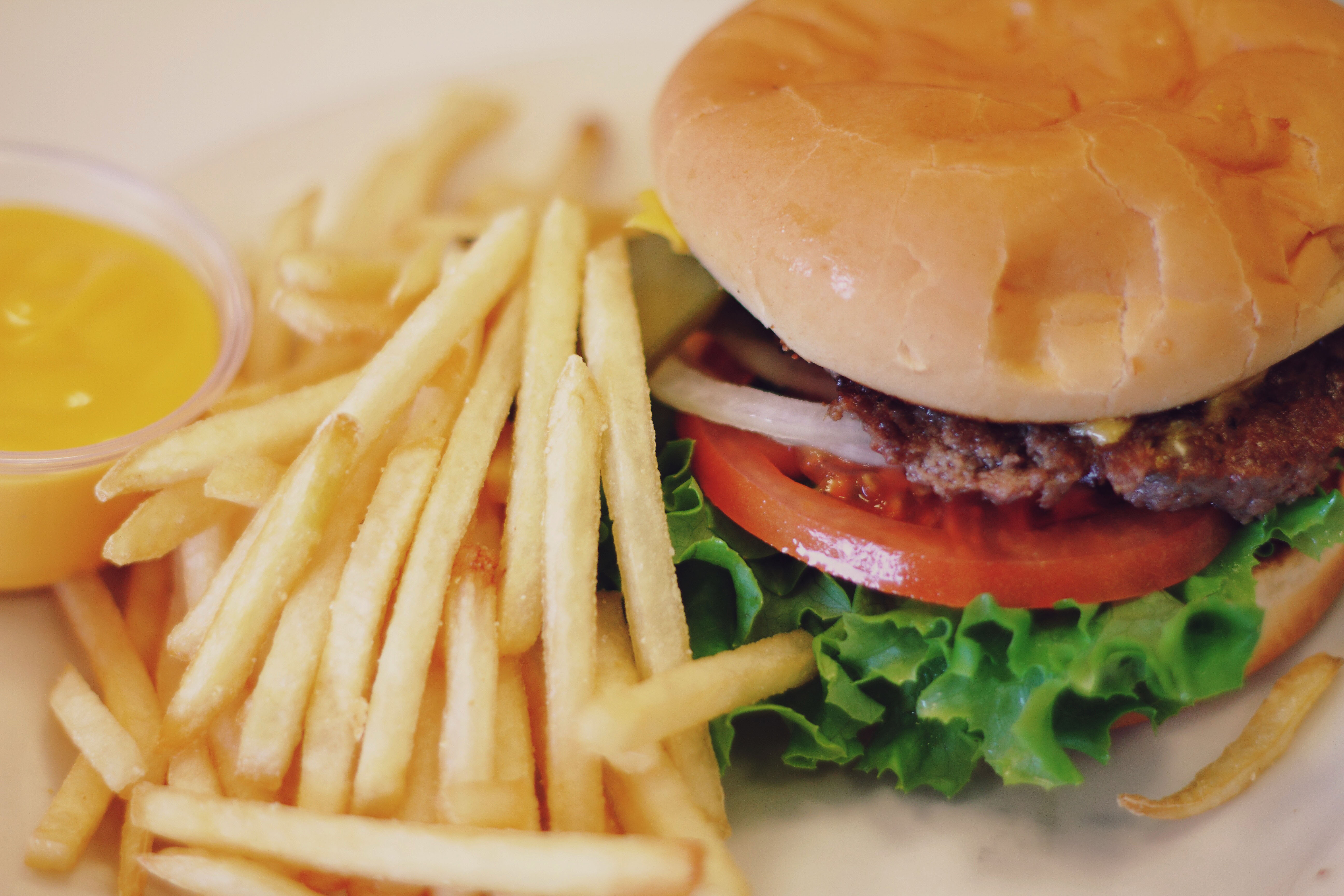 You might want more than one patty on your burger.

You know when there's a popular movie and everyone tells you that you have to see it, but you never get a chance? That's what Midwest-based Steak 'n Shake has always been, constantly eluding me in my travels — like the movie Labyrinth.

Speaking of movies, here's Roger Ebert adorably writing about it in 2009:

If I were on Death Row, my last meal would be from Steak 'n Shake. If I were to take President Obama and his family to dinner and the choice were up to me, it would be Steak 'n Shake. ... If the Pope were to ask where he could get a good plate of spaghetti in America, I would reply, "Your Holiness, have you tried the Chili Mac or the Chili 3-Ways?"

It's been years of this shit. But there's finally one in proximity, though it's a bit streamlined, so you won't find any spaghetti there.

The menu is a murders’ row of fast-food staples, with steakburgers (originally named as such because the mixture included meat from T-bone and sirloin steaks), fries, shakes, chicken fingers, beer, chili, chili fries, chili cheese fries — you get the idea.

After ordering the cashier hands you a buzzer which lights up and vibrates when your burgers are ready. A word on the buzzers: their vibration is absolutely frightening, and should be turned down a notch. They feel like the kind of thing NASA tests aspiring astronauts with by seeing how long they can hold them. When mine vibrated, I yelled "What the hell?!?" and threw it on the floor, where it buzzed around like a detached robot heart. If you tossed this thing into a crowd you'd get arrested, and the police would be right to arrest you. I much prefer a number system.

As for the burgers, the patty texture may put some people off, as they are not thick and juicy but thin and crispy (if these burgers fought other burgers in a burger version of BattleBots, they’d slice right through them). There isn't a patty in Seattle that resembles them, which is why I was pleasantly surprised. They have a flavorful unity of grease and crispiness and are perfectly respectable fast-food burgers.

What I really liked about them is that they don't vibrate, though I had to resist the temptation to put one of those buzzers between my burger buns and make a complaint. "What kind of beef are you using here? My burger is lighting up and won't stop vibrating. I want to speak to the manager!"

The fries are the skinny type and strongly resemble McDonald's fries, but not as good, which is an odd sentence to write. They are the weakest part of the burger/fries/milkshake trinity. You'll still eat them, because they're fries. The other reason you'll probably eat them is that it appears offhand that the burgers can only be ordered with fries, as the menu reads "The Original Double Cheese 'n Fries, The Signature Steakburger 'n Fries, Frisco Melt 'n Fries." Wanna use the bathroom? That comes with fries.

There's no escaping that " 'n Fries" suffix. I've been told, however, that if you ask nicely, they will sell you a burger without fries. You may be brought up for questioning by the House Un-American Activities Committee, but you know, that's par for the course.

My Midwest friend assured me that everything — the tasty burgers, the mediocre fries and the refreshingly frothy shakes — taste just like Steak 'n Shakes in other parts of the country. So if you like this one, as I mostly did, you pretty much like all of them, thanks to Ray Kroc's influential system of standardization. Believe me, I was more than ready to hurt my friend's feelings by dismissing Steak 'n Shake as overhyped crap.

Like Ebert, I’d take the Pope here too, but only so when he said, “You’re taking me to a Steak 'n Shake?,” I could respond, “Who do you think you are, the Pope?” And then we’d laugh and laugh.

How Steak 'n Shake — so tired of typing in that apostrophe — impacts Seattle's burger landscape remains to be seen. Our burger scene can be facetiously divided into two categories: overpriced burgers on brioche buns with aioli, and the rest. Seattle could use more of the rest. Perhaps one day In-N-Out, Burgerville and maybe even Whataburger will make the journey, and then we’ll see the competitive burger war this city desperately needs, whatever that means.

For now, Steak 'n Shake is an original, welcome addition. But I swear to God if one of those buzzers comes near me again I will dropkick it.