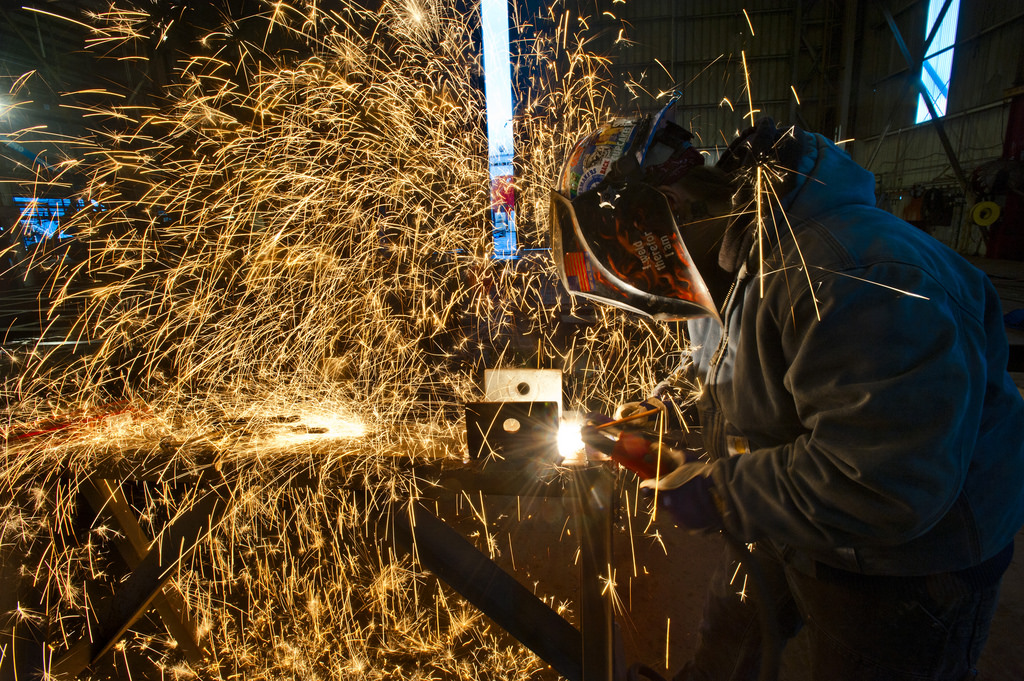 Jonathan Ly wants to work in the aerospace industry some day. Ly, 17, wears his hair in a ponytail and plays ultimate frisbee. He grew up in Seattle and was always aware of Boeing, as he has a relative who works there. So when he found out that his high school, Rainier Beach, was offering a class in aerospace engineering, it only made sense to sign up.

Through that class, Ly was introduced to an internship program at the Port of Seattle. He was one of 28 students from Rainier Beach and Cleveland high schools, and one of more than 100 students overall, onboard a cruise boat at Pier 66 in late June as the Port's CEO, Ted Fick, and Seattle Deputy Mayor Hyeok Kim talked about the importance of recruiting a new workforce for the city's storied maritime industry.

It’s all part of an effort to bridge the gap between K-12 education and careers in Washington state. The course Ly took was developed by the state education department and local industries and is known as Core Plus. It’s a 21st century variation on vocational education, designed to prepare students in public high schools for careers in the trades by training them in science, technology, engineering and math, aka STEM.

As Port and other business leaders worry about an ongoing wave of retirement among baby boomers, they’re increasingly focusing on preparing students for a set of jobs they say require more mathematical and technical skills than ever before.

“There’s huge holes developing in manufacturing, in aerospace, and in the maritime workforce,” said Dave Gering, the executive director of the Manufacturing Industrial Council which, along with Boeing and several other local companies, helped develop the Core Plus curriculum for schools. “And that’s all STEM.”

STEM means different things to different people. When President Obama talks about the need to recruit more teachers in the STEM fields, he’s including science and math. And when Washington state legislators talk about its efforts to improve STEM education in the state, they may be referring to anything from the need to educate future mathematicians and computer scientists to building scientific literacy among all young people.

Randy Dorn, the state superintendent for public instruction, is an advocate for classes that teach STEM skills in the context of career and technical education. “Here is math, science, engineering and technology that you can actually use in the workforce,” Dorn said.

Dorn said that Core Plus is an example of the kind of program that might eventually become more common in public schools. It was developed in conjunction with industry and aims link science and math standards to industry standards. Students might take a class in aerospace engineering taught by a former engineer; their projects involve working on problems that might face actual aerospace engineers.

He said the partnership between industry and the education department, and the course’s use of industry standards, is unusual.

Student Ly said that his Core Plus class at Rainier Beach was different than anything else he studied in high school. “It’s hands-on, it keeps you moving” he said. He said he and his classmates used math to calculate sizes or spacings for projects similar to what might actually happen in an aerospace engineering workspace. “Our teacher had that kind of [engineering] experience, and now he’s teaching other teachers.”

Gering said that the program could prepare students for college or to be hired by local employers; he said that Boeing had hired 160 Core Plus students right out of high school.

But as the program is slated to grow, finding teachers who are familiar with industry standards and ready to connect them with academic content can be a challenge. “Without teacher training, none of this happens,” Gering said. To fill that gap, the state has begun offering trainings for teachers interested in teaching Core Plus.

In May, the state board of education approved a plan that would allow students to earn the science and math credits they need to graduate through Core Plus, even though the class is focused on applied skills more commonly associated with career and technical education.

But any program that focuses on preparing students for careers triggers concerns among some educators that some students — predominantly lower-income or non-white students — are being “tracked” into less-rigorous classes that prepare them for career instead of college. Most Core Plus programs are located at schools where most students come from lower- or middle-income families.

Advocates for the program say students are studying real academic content in the classes and that learning about topics like engineering, and being introduced to programs like the Port’s internships, meet the real needs of some students.

In a video highlighting the program, Core Plus students say the program helped them decide to stay in high school instead of dropping out.

Marie Kurose, the workforce development program manager at the Port of Seattle, said reaching those students and connecting them to opportunities at the port is a goal of this summer’s internship program. “There are many who are underrepresented in careers, or who don’t have access,” she said. She said the internships helped identify students with some experience in STEM and introduce them to jobs they might be interested in as adults.

State superintendent Dorn says the real-world experience in these classes is valuable for students, and that more companies are interested in hiring people who have internship or hands-on experience anyway. He said that the classes can be a “real connector or motivator” for students who might otherwise become disconnected from school.

At the internship event on the boat in June, several students who had moved from Core Plus into a Port internship program said they planned to attend college or community college after graduating from high school.

At the boat event for interns in late June, not all of the students had actually been placed in their formal internships. Kim talked about the uncertainty many young people feel, and encouraged them to study STEM.

But Ly was optimistic. “There’s some uncertainty,” he said. But, he said, “a lot of times when I speak to people from Boeing and talk to them about engineering, it seems a lot of them will retire soon,” he said. “There’s a demand.”