The man who tried to end homelessness 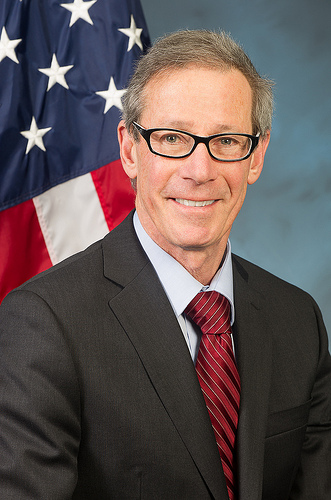 Bill Block, former head of the Committee to End Homelessness

Back in 2005, King County announced a bold project: it would end homelessness within ten years.

The man put in charge of the initiative was Bill Block, a prominent real estate attorney who turned to public service. At the helm of the newly formed Council to End Homelessness, Block became a nationally recognized pioneer in the field of addressing homelessness. He helped attain funding for roughly 5,000 housing units for these individuals and families before retiring in 2012.

But homelessness is a bigger problem than ever in Seattle, even as it’s shrunk in other cities nationwide. “Hey, have you ended homelessness yet?” someone asked Block back in 2006. Derision toward that optimistic mindset has only grown since then, and his former organization has changed its name to All Home, adopting a less ambitious platform of “making homelessness rare, brief, and one time.”

But Block still thinks homelessness can be wiped out completely. Now a special consultant on the issue with the U.S. Department of Housing and Urban Development, I spoke with him to understand where the county has gone wrong, and what we can get right in the years to come. The conversation below has been abridged for clarity and length.

The city has declared homelessness emergency. What has brought us to this crisis point?

We’ve also seen recently the convergence of two effects. One is that the West Coast is seen as having jobs. People come out here looking for jobs with three or six months rent in their pocket, and the jobs aren’t really there. Or the jobs, more importantly, are there, but they can’t afford housing. That’s the other issue. Someone making minimum wage simply can’t afford housing in King County. And so we’re seeing more and more just economic homelessness.

And once someone takes a step into economic homelessness, they usually have a mark on their record — you know, eviction, trespass, something which in a very tight rental market, means getting back is really hard. People who previously might have been able to get out of homelessness more quickly with a job and a house cannot now.

Can you discuss the connection between the area’s economic boom and the subsequent boom in homelessness a bit further?

The economic boom has increased rental prices tremendously. At the same time, those rentals are going to people with jobs far above minimum wage, and even they’re stretched. A high percentage of them are paying more than 50 percent of their income on rent. This also means landowners have become much more picky. Someone with an old non-violent drug offense ends up essentially being foreclosed for housing.

The year following the ten-year plan’s expected end, we’re now declaring an emergency. What happened between 2005 and 2015?

So we built thousands and thousands of units for severely challenged folks. But at the same time, the city as a whole has not been preserving and building affordable housing at the same rate, and that’s created the same kind of emergency that you see in San Francisco and Los Angeles.

One of the areas we’ve had the greatest success is on coordinated entry — instead of having 36 providers, each of them has their own waitlist and their own priorities, creating a single list of people in need, and matching those people to the right level of services on a system-wide basis.

Another level down, we’ve transformed ending veteran homelessness. And that was done by literally knowing everybody that you want to serve by name. And sitting around the table and saying, “Okay, who’s putting Fred and Paul in housing now?” And next week when you come back, it’s not “Did you run a good program?” It’s “Did you get Fred and Paul off the streets?” And that’s really gonna change the way other systems operate also. With resources and focused work, we really have shown that we can end veteran homelessness. That shows that if we put those same resources in and work into other populations, we can do that for them also.

Your organization was focused on King County, not just Seattle. Can you discuss the extent to which homelessness is a regional problem, and how a regional response should look?

Well it is a regional problem, and I think that suburban cities are recognizing that more, and are putting more and more money into human services. So yeah, there’s no question, there’s a great deal of truly rural homelessness out in the Enumclaw area, Auburn, all along the Green River. But there’s also family homelessness (with) the suburbanization of poverty. As Seattle gentrifies, the folks who are very poor get pushed down to places like South King County, and you’re seeing more economic homelessness down there. So I think it requires a regional response at all levels.

You mentioned the failures of our mental health system, and the way that factors into the homelessness problem. Can you expand on that?

The homeless system has become, in some ways, the default mental health discharge system. And it simply doesn't have the capacity to do that. As they’ve reduced (mental health) services, without really investing in the community-based services that everybody was promised in the ‘70s when the big move started to close institutions, more folks have become homeless.

The other one I like to touch on is chemical dependency services. Cause somebody who is addicted will often hit a point when they are really ready to straighten out their lives. But if they have to wait 30 or 60 or 90 days for treatment, they’re gonna back away from that point. And the inability of our system to provide treatment on demand means that a lot of folks who are homeless and addicted, and could hit a point to get out, don’t get the treatment they need to do that.

Every time we post an article about homelessness, we get emails and comments from people who seem to be angry at the homeless themselves — they say they’re criminals, they choose to be homeless as a lifestyle choice, they choose to spend all their money on drugs, etc. What do you say to people with that mindset?

My strongest memory of that is, I got a call a couple of years into my tenure with the committee, saying there was a guy living under the bridge near the caller’s house and he couldn't do anything about it. I went out and talked to the fellow, we’ll call him Frank. And he didn't want housing, he was happy under the little bridge in this park.

He quoted the Bible a lot, and was clearly mentally ill, but very conversational. I took him little things for a couple of years. And after a couple of years, I heard that one of the neighbors had offered him his basement apartment. I said, “Frank, why didn’t you take it?” And he said, “God needs me here.” And I thought, “Okay, mental illness, I understand that.”

About a year later, not entirely voluntary, we got him into emergency shelter, and from there into supportive housing. And after about four months in supportive housing, he stopped saying that God needed him to be in the park.

I realized it hadn’t been mental illness. It had been self-worth. He had had so many doors slammed in his face when he tried to be housed. In the park he was successful, he had people bringing him food, he could figure out how to eat, he had a place. He was no longer rejected in a way. It took being in a community that accepted him, housing that supported him, for him to have the self-worth to say “I deserve to be here.”

So I don’t think anybody wants to be homeless, but you slam enough doors in somebody’s face, and people make the best of what they’ve got. And if you open those doors, they want to be housed.

There was an optimism to the ten-year plan. Are you still optimistic about solving this problem in Seattle, and what do you say to those who are losing optimism?

I’m optimistic. I think people are realizing this goes beyond just the most severely disabled folks, and we now have a major economic problem. I think we did a lot to make sure that we housed the people that we originally set out to house, but have been inundated by folks who simply cannot make it with these housing prices and these wages.

And what’s going on with HALA, the mayor’s proposal regarding not just incentive zoning but inclusionary zoning, the new housing levy, the recognition that we need to invest in preservation, as well as the continued push through all of the funding sources we’ve got for supportive housing for people who do have severe disabilities, I think we are recognizing the scope of the problem.

Do you still think that we can end it?

I do, I do. You know, most first world countries ensure housing and health care to their populations. Just keep that in mind.