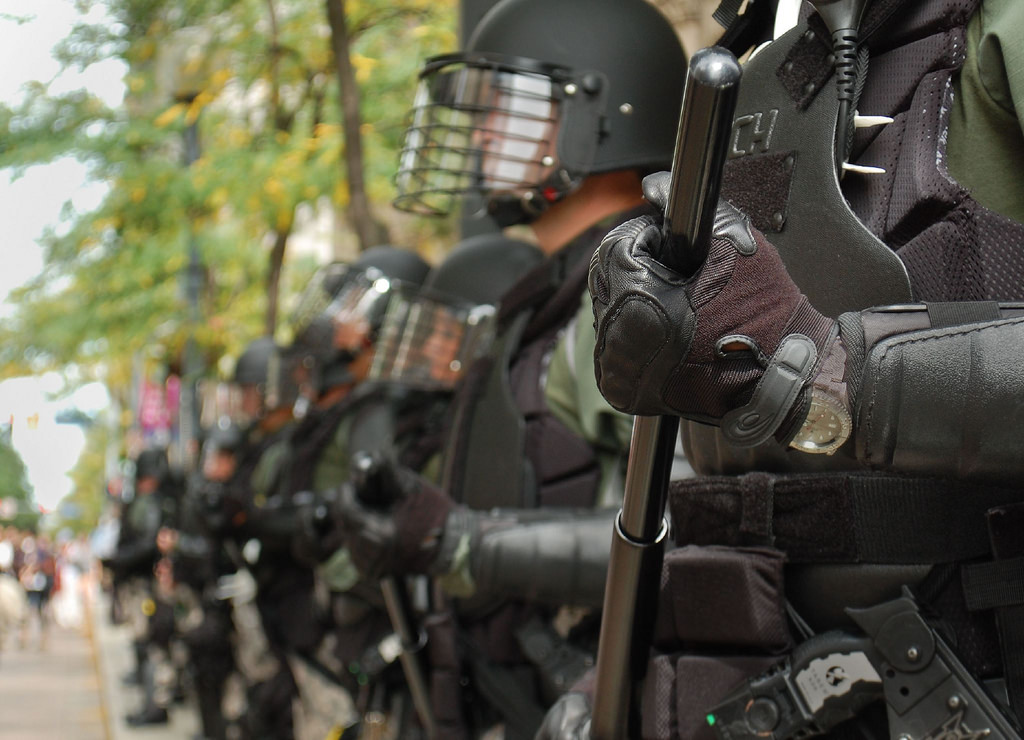 Imagine a peaceful day in Ferguson, Missouri, two years ago this summer. Officer Darren Wilson stops 18-year-old Michael Brown and politely points out that walking down the middle of the street is dangerous. After a few heated words, deftly de-escalated by Officer Wilson, an unhurt Michael Brown gets only reasonable consequences for stealing a handful of cigarillos: a stern, fatherly talking-to, and three weekends of community service. Brown grows up to be a valued member of his community, and Wilson earns praise for his cooperative attitude toward the people he is meant to protect and serve.

In a new book, former Seattle Police Chief Norm Stamper asks us to envision this alternate universe, and how differently events could have gone. And not only in Ferguson but also in Staten Island, and Cleveland, and Waller County, Texas, among far too many places where ordinary, mostly brown-complected people going about their day have died as a result of routine encounters with police. Here in the Puget Sound area, Stamper reminds us of difficult realities of the police universe in which we now live: the 2010 police shootings of Seattle wood carver John T. Williams and mentally disabled Bainbridge Islander Doug Ostling.

These two local cases, in both of which officers apparently bungled and panicked, support the 34-year police veteran’s belief that the fundamental problem with American police isn’t a few or even a lot of bad apples on the force. It’s the entire bureaucratic system which over-arms police, paramilitary-style, but under-trains and -supports them.

In To Protect and Serve: How to Fix America’s Police, Stamper writes, “If Americans understood the extent to which policing fails to supervise itself, ... they would likely be shocked.” It’s shocking to hear Stamper’s own experience as a rookie cop, praised and promoted for harassing X number of people per shift, but receiving virtually no thoughtful guidance.

Stamper’s thought experiment — imagine a peaceful day in Ferguson — is bold, deceptively simple. How we might get from here to there is much more complex. Stamper admits as much, but, despite his sobering indictment of the system, his book is remarkably hopeful.

Anyone looking to indulge in finger-pointing will not enjoy Protect and Serve; this book aims to trouble us all with questions about our shared responsibility for public safety. At once a long-time insider and a radical critic of the police bureaucracy, Stamper wants the public to reclaim its right to be protected and served by the police it pays for. He acknowledges that the change he’s talking about is fundamental and profound, a “tectonic shift.”

Stamper argues that the very nature of bureaucracy acculturates police to view the public in polarized “us vs. them” terms. Bureaucracies are good at counting things, such as arrests, but not so good at valuing intangibles like trust, community and communication. In the absence of solid de-escalation skills and a supportive work environment, police band together against the dangers they face every shift. So our police are taught, by default, to objectify and fear the rest of us.

Though he recognizes that some officers are corrupt, racist or temperamentally unfit, Stamper sees cops in general as victims of a broken system. One of his most chilling observations is that officers are typically pressured to produce dollars in traffic violation fines, and that this pressure transforms a cop into a “hunter” and the people on his or her beat into “prey.” As the Department of Justice found in its report on the Ferguson Police Department, predatory policing accounts for much disparate treatment of people of color.

Most officers join the police because, Stamper says, they want to do their best to serve their communities. But systemic pressures work against them. He cites a number of reform efforts, past and present, but suggests that there are limits to a bureaucracy’s ability to heal itself.

A chapter in which Stamper gives a detailed list of the equipment on an officer’s belt seems to provide community activists and ordinary people with every possible nut and bolt, every tool for fixing policing in America today — an owner’s manual.

Stamper offers what seems to me, as a psychotherapist, to be a refreshingly psychological understanding of the role of fear in escalating violent interactions between police and members of the public.

“A scared cop is a dangerous cop,” Stamper says. Officers routinely interact with people who are agitated and combative, mentally ill, intoxicated — all of which call for a counterintuitive response of calming down and using a low, steady tone of voice. A frightened, untrained cop may react instead by tensing up and trying to assert dominance over the other — an approach guaranteed to escalate whatever threat might exist to one or both persons’ safety. But training is expensive, and American police officers receive on average only 8 hours of de-escalation instruction, compared with nearly 60 hours’ training in using a firearm.

Stamper credits his ex-wife Lisa, a psychologist, with educating him about de-escalation, and his respect for women’s contributions to police work contrasts with his criticisms of “macho” attitudes. “One powerful means of demilitarizing and humanizing a police department is to feminize it,” he argues. According to Bureau of Justice data, 98 percent of police shootings are committed by male officers.

“Feelings will get you killed, kid,” was the advice Stamper heard as a young cop. He describes how he has come to believe that level-headed compassion and empathy are necessary skills for police, enabling them to de-escalate threats and form good relationships with the community.

Stamper invites the reader to empathize with police officers, who face significant uncertainty and stress with inadequate support and training. How, he asks, can we expect police to model empathy and compassion under stress if they do not receive compassionate guidance and collaborative communication from their “paramilitary” higher-ups?

I wondered whether Protect and Serve would address the event that comes to mind for many when remembering Norm Stamper’s tenure as Seattle’s Chief of Police: the World Trade Organization protests of 1999, otherwise known as “The Battle in Seattle.”  It does, in a chapter near the book’s end titled “Activists and Cops: Partnering to Control Protests.”

Stamper recalls the WTO protests as a debacle that “left the city awash in broken glass and tear gas, demoralized my cops, and pissed off anti-globalization protesters and business owners alike.” He pinpoints a decision he made that day, using tear gas to disperse peaceful protesters, as “the biggest mistake of my thirty-four year career,” an “unnecessary act of aggression against our fellow citizens.”

Yet he also describes how “foundational” it had been for him, and continues to be in American policing today, to believe that his job required him to use tear gas to control protesters who outnumbered police. At the time, he didn’t see another way to ensure that emergency vehicles, for example, could get through the blocked intersection.

The “tectonic shift” he would like to see is apparently to trust the public to cooperate with police in the shared cause of creating safety. In pragmatic terms, he seems to be suggesting that maybe, if he’d talked with them, the protesters would have moved if an ambulance had needed to pass through. Maybe police and protesters could have arrived at an agreement--yet, this thought couldn’t occur to him.

“As with every other suggestion in this book,” he writes, “it all starts with the citizenry and their police establishing an authentic, mutually respectful partnership — and working together.

Stamper calls on all of us to take responsibility for the quality of American policing, for creating the kind of alternative universe in which everyone, including officers, would be happier with the outcomes of police work. He reminds us that professional, public police forces are relatively new, dating back to the early 19th century. Before we had police, along with a variety of other figures such as watchmen, marshals and vigilantes, we had neighbors looking out for each other.

Stamper points to the use of cell phone cameras and the Internet to document police brutality as one hopeful sign for creating a better future. He cites Black Lives Matter as an example of citizen activism that could transform the relationship between police and the communities they are meant to serve. Yet Protect and Serve challenges people on all sides — cops, public officials, activists and neighbors — to work past easy polarizations, to see in each other the ground-shifting possibility of human partners.