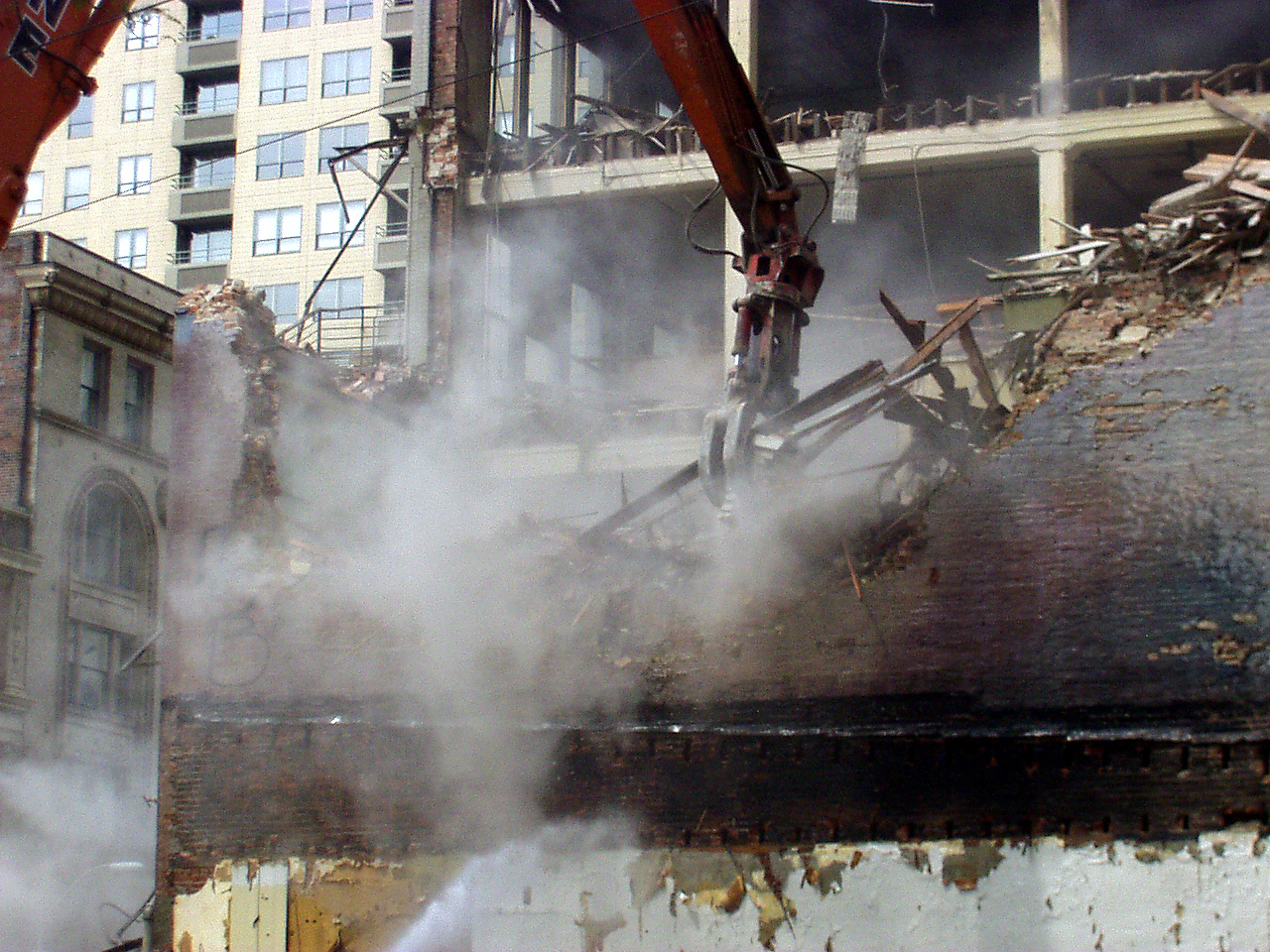 A version of this column appeared in the July issue of Seattle Magazine. It has been updated.

The annual list of “most endangered” historic properties around the state has been issued by the nonprofit Washington Trust for Historic Preservation.

The list is a warning system for important heritage properties that are likely to be demolished, or are woefully neglected and need to be saved. This year’s list includes a Woodinville school dating back to the early 1900s, an old red barn in Kent, one of Kirkland’s last original Victorian-era homes, a set of stone houses in the eastern Washington farm community of LaCrosse, and a mid-century modern college campus once run by nuns on the Sammamish Plateau.

The most-endangered list is a plea, not a promise. In the past, it has helped save Seattle icons such as the First United Methodist Church downtown and Washington Hall in the Central District. However, landmarks such as the Gold Rush era’s George Carmack House and the historic sailing ship Wawona were demolished and scrapped, despite efforts.

All properties on each year’s list are worthy of preservation, all in jeopardy, all looking for help and creative solutions.

Not every property on the list is likely to survive. The march of development and growth — and real-estate economics — combined with a lack of awareness or caring by the public often dooms properties like these. Yet the call for saving a historic building can galvanize local folks and give them hope. Having real, three-dimensional examples of history in our communities — something you can touch outside of a textbook — can also expand our understanding of our city and region.

If I were crafting my own list, I would top it with another nominee: Seattle.

Yes, I know. The city is a bigger entity than a barn or schoolhouse, but there are huge reasons to be concerned about historic preservation in our city. In the past year, some actions, including ones by our top policymakers, have raised alarm.

We need more housing and greater density overall in the city, but increasingly this is too often cast as an either/or situation of preservation versus housing.

The mayor’s housing master plan — the so-called HALA (Housing Affordability and Livability Agenda) report — makes a direct attack on preservation by criticizing the environmental review process and design review in historic districts (Seattle has eight designated districts). It also opposes the concept of trying to conserve heritage neighborhoods in conservation districts, as has been attempted in the Pike/Pine conservation overlay plan first adopted in 2009. The mayor’s housing advisers have cast preservation as a barrier to more housing and social justice. Historic character has been a boon to urban growth by helping to attract people and businesses to neighborhoods with character, revitalizing places like Columbia City, Ballard and Pioneer Square.

Preservation can be an urban catalyst, as Pioneer Square shows, with development in and around the square booming. But some developers are unhappy that their work is being evaluated by the Pioneer Square Preservation Board, the public body charged with making sure new construction doesn’t harm the historical integrity of the district.

The board has opposed the design of a proposed building on Alaskan Way, saying it is out of scale with the district. That judgment is based on a city ordinance designed to protect places like Pioneer Square from the kind of erosion caused by new development that degrades the historic integrity and value of the neighborhood. The developer is suing the city over the ordinance, which the developer’s lawyers claim violates state law and the constitution.

The King County Courthouse was the scene of another disturbing confrontation earlier this year when the University of Washington sued the City of Seattle and a small group of volunteer preservationists that had nominated a historic campus structure — the More Hall Annex (also known as the Nuclear Reactor Building) — for city landmark status. The university intended to demolish this building despite its being on national and state registers of historic places. The fight was over whether the city’s landmarks ordinance applies to the UW campus. The UW said the state constitution and law exempted it from such interference; the city said the UW has to follow local land use regulations like everyone else.

A judge found that the ordinance contained a kind of loophole. Under its definitions, the judge concluded that the university legally was neither a “person” nor an “owner” of its properties, thus the current landmarks ordinance doesn’t apply. With a favorable ruling in hand, the UW went ahead and tore down the building in late July. The city and preservationists, meanwhile, are appealing the court’s decision, but the building that sparked the dispute is toast.

A disturbing aspect of the case is that the university didn’t just sue the city, but included nonprofit, Docomomo WEWA, dedicated to preserving mid-20th-century modern architecture, in its lawsuit. Docomomo WEWA, with no budget to speak of, was dragged into court and had to hire a lawyer. This type of intimidation might get other preservationists to think twice about challenging big institutions, developers, or even hesitate about submitting perfectly legal landmark nominations.

There are fantastic preservation organizations in Seattle — but it’s becoming increasingly clear that they need bigger checkbooks so they can make legal challenges or seek legal clarifications on behalf of local heritage. They need a fighting chance when local properties are endangered or processes or laws are violated.

With so much money in Seattle, and with so many neighborhoods where history and character have been sacrificed or jeopardized by crude development or gentrification, it would be nice if someone stepped up with, say, $5 million in seed money to create a heritage legal defense fund. Hello, newly minted Amazon millionaires, help heritage advocates lawyer up.

You will be rewarded by history.