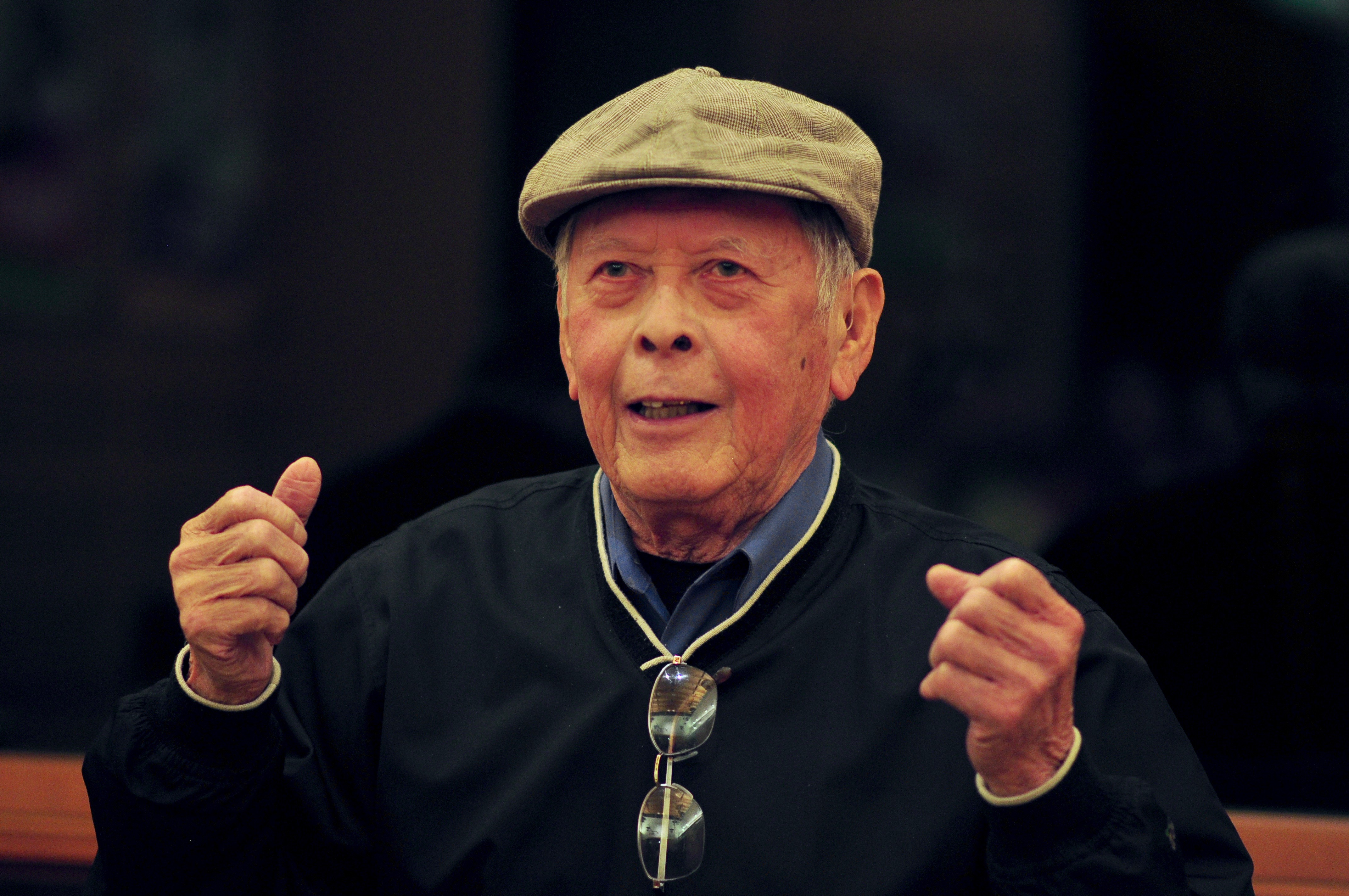 Bob Santos talking at the Magnolia Branch of the Seattle Public Library in February.

Bob Santos, one of Seattle's great civil rights and social justice champions, passed away on Saturday Aug. 27 at the age of 82. See this story from the Seattle Times about the powerful ripple his life made through the many communities that he touched. This audio interview with Enrique Cerna of KCTS 9 first appeared in August of last year.

Along with Roberto Maestas, Bernie Whitebear and Larry Gossett, he became part of a powerful alliance that brought major change to Seattle in civil rights and social justice. The story of how the four leaders from four different communities came together to make history is chronicled in The Gang of Four, a book co-authored by Santos and Gary Iwamoto.

His death brought an outpouring of tributes and statements from leaders around Seattle and the state.

In a statement this morning, Gossett, a member of the King County Council, wrote, "Bob Santos was a pivotal figure in the life of people of King County. The strong and vibrant International District will be ‘Uncle Bob’s’ living legacy for the people of this region—it was his home, and he protected that neighborhood and the rich history of the people of all races who lived in that community every day of his life.

“Personally, I’ve lost a dear friend and ally who worked on empowering communities of color throughout our region and nationally. I was immensely proud of Bob being one of my ‘Amigos’ and with Roberto Maestas and Bernie Whitebear, we spoke, marched and, at times, went to jail to ensure that our communities received the opportunities that had been denied them for too long."

Gov. Jay Inslee wrote, "Washington is a better state because of Bob Santos’ passion for justice.

“Bob was a forward thinker. His early days as an activist with the ‘Gang of Four’ helped bring communities of color together in one unified voice to fight for equal rights. ... Trudi and I send our thoughts and prayers to his wife, Rep. Sharon Tomiko Santos, his family, and his friends. His passing is truly a loss but his legacy will live on.”

King County Executive Dow Constantine said, "Bob Santos was a passionate believer in the power of bringing people together to fight for fairness and opportunity. He was a man defined by both his work and his friendships."

In an insightful and humorous conversation with Cerna, Santos — often called "Uncle Bob" — talks about growing up in Seattle’s Asian community, his journey into community and political activism that included an encounter with serial killer Ted Bundy and the exploits and close friendship of the Gang of Four.

A few highlights from the interview: