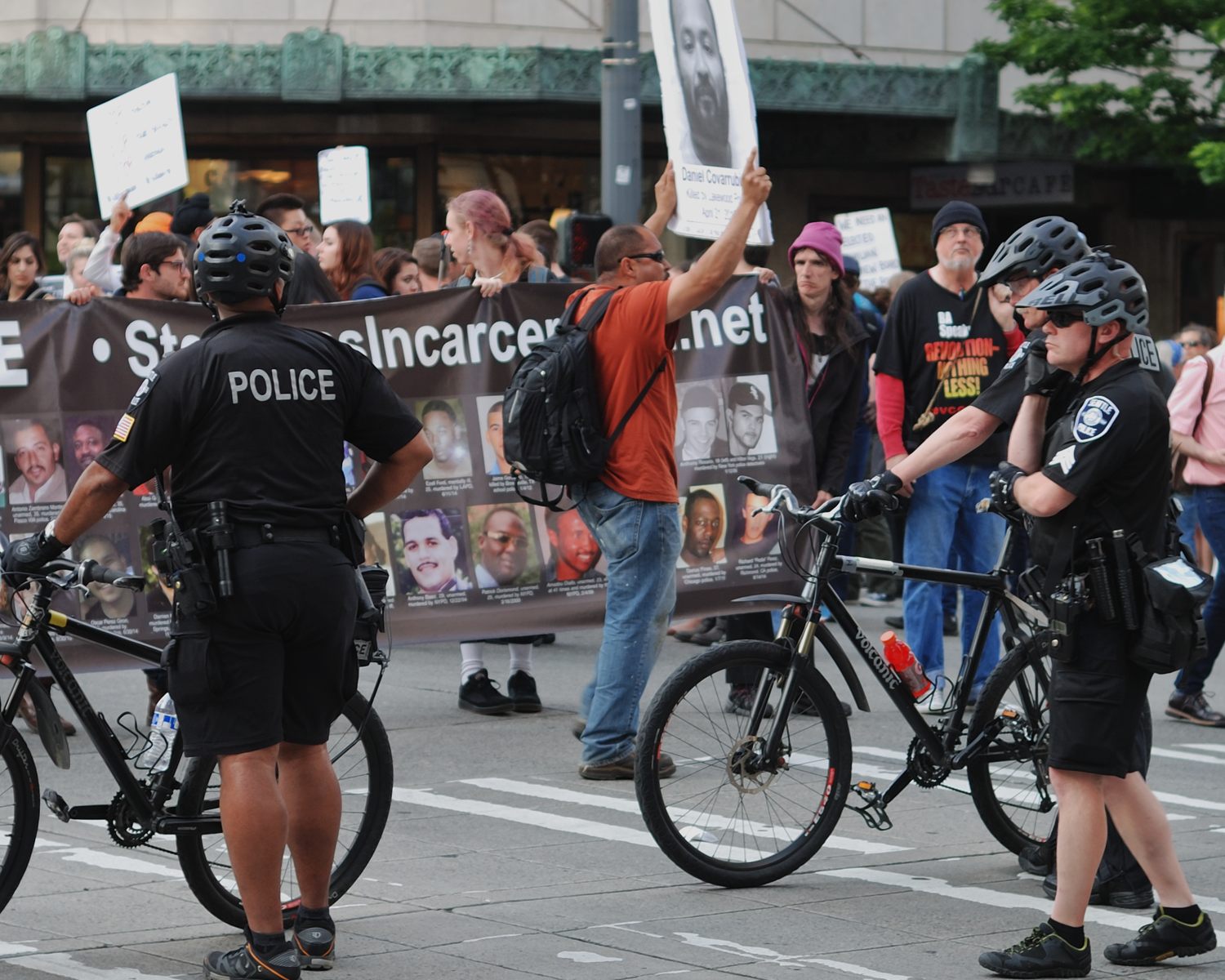 Just moments after federal judge James Robart, who oversees police reform in Seattle, threatened to steamroll the Seattle Police Officers Guild, he said something no one expected to hear from the bench of a federal courthouse: “Black lives matter.”

It was a dramatic end to the status conference — essentially a check-in on the federally-mandated reform process — that contained a heavy dose of optimism in improving the Seattle Police Department. In addition to declaring that “black lives matter” — the first time Robart has aligned himself with anything even resembling a street level movement — he also addressed what he called the “800-pound gorilla in the room,” which is the police union’s rejection of a recently negotiated contract.

Simply put, there are many in Seattle wondering how the court process will proceed if the union votes down every reform-related change.  Although that scenario is still solidly hypothetical, Robart answered in forceful terms Monday: If SPOG “held the city hostage” over what he saw as a question of pay and benefits, he would call a new court case, hold them liable for obstructing a constitutional process, and essentially override collective bargaining.

So long as SPOG couldn’t approve a contract, the federal consent decree would remain. This was essentially a threat from Robart to stick around for years to come, something few want to see happen.

SPOG President Kevin Stuckey responded in a surprisingly positive manner afterward. “What I got out of this was: here are the rules, make it happen,” he said. “We’re gonna go back to the table and make that happen.” It’s his job, he said, to make sure it never gets to the point where Robart is stepping in on collective bargaining.

He also denied that the contract failed because of pay and benefits, blaming it largely on the early leak of contract negotiation terms to The Stranger.

Seattle has lived under the shadow of a consent decree since 2012, when the Department of Justice determined the Seattle Police Department used excessive force and demonstrated patterns of biased policing. Robart, attorney Mike Diaz with the DOJ, and Seattle City Attorney Pete Holmes all praised the progress made since then at Monday’s status conference. Although the city has not yet passed any legislation codifying SPD accountability recommendations, the three argued that great progress had been made on preventing use of force through de-escalation and crisis intervention, as well as reporting use of force. Other departments, noted Holmes, had visited from around the world to learn from SPD's example.

On the long path to reform the Seattle Police Department, it is perhaps the distance between those representing the community — sometimes in the form of the civilian advisory board the Community Police Commission, sometimes other community organizations — and Robart that has been the source of the most frustration. It’s the almost inevitable tension between those fiercely loyal to those they represent and a judge fiercely loyal to the process. As the Community Police Commission has pushed for strengthened accountability in the police department, they see their momentum bogged down in the process.

The declaration of "black lives matter" from Robart, as well as a friendly acknowledgement of the work the CPC has done, was a sign the judge was starting to court the favor of the community, something he'd shown no interest in before. That's not to say everyone was satisfied — the CPC is still a little confused as to their fate post-consent decree — but compared to this time last year, its members had a much more optimistic glow.

Robart seemed relaxed, even joking in his monotone way. Perhaps this was because he recently decided to turn the whole accountability process over to the city, letting them piece together a legislative package before he looks at it. Until recently, Robart had to give his approval on specific recommendations before city hall took them up. Now, he will see the package in its full form.

He did hint at several items he approved of: adding civilian investigators to SPD’s internal disciplinary office, establishing an office with the authority to watchdog the entire department, and abolishing the officer-friendly Dispute Review Board — a disciplinary board loaded with friends of the people being disciplined. Although he noted his opinions on these recommendations currently meant little — remember, this is the city’s problem now — if the mayor’s office or city council write them into an ordinance, he will grace them with the approval of his pen.

The issue is some of these recommendations were, in fact, in the proposed contract sent to SPOG’s members for a vote. They voted that contract down. Stuckey said he believed his members actually were okay with these proposals on Monday. He added that, in addition to the leaked contract, he was still working through comments on why members overwhelmingly voted it down.

That said, SPOG is a serious wildcard in the reform process right now. Former president Ron Smith resigned, anticipating he would get the boot. Embattled and controversial ex-president Rich O’Neill has ascended back into power as Vice President. And current president Stuckey, once a well-respected member of the Community Police Commission, recently resigned. He's gone quiet on the thinking of SPOG until today. With all that in mind, it’s hard to predict how well Stuckey’s optimism will translate to reality.

The CPC is historically pro-union, even defending SPOG a few months back when Robart suggested a similar circumnavigation of collective bargaining. Today, however, they remained agnostic on the matter, neither defending collective bargaining nor bemoaning it. When Stuckey was a CPC commissioner and Smith was SPOG’s president, they may have come to the union’s side more forcefully. Their silence could suggest a dwindling faith in the predictability of SPOG.

The King County Labor Council, anticipating there would be discussion about collective bargaining, wrote a letter to Mayor Ed Murray urging respect for the process. "By entering into good-faith negotiations with SPOG on the proposed changes outlined in Monday's decision, the City stands the best chance of achieving Police Officer buy in, and, most of all, successful implementation of reforms," wrote Executive Director Nicole Grant, showing this reform debate cannot easily be broken into progressive/conservative binaries.

From here, the Mayor's Office will craft legislation by Labor Day weekend. Ideally, said CPC member Reverend Harriett Walden, that package would be cosigned by the CPC, although she didn't rule out the possibility that they could send their own legislation. If Robart approves, it will go to the Seattle City Council for discussion and then, maybe, finally, become law. With budget season coming up this fall, that will likely spill into 2017.