Coding bootcamp aims to keep people out of prison 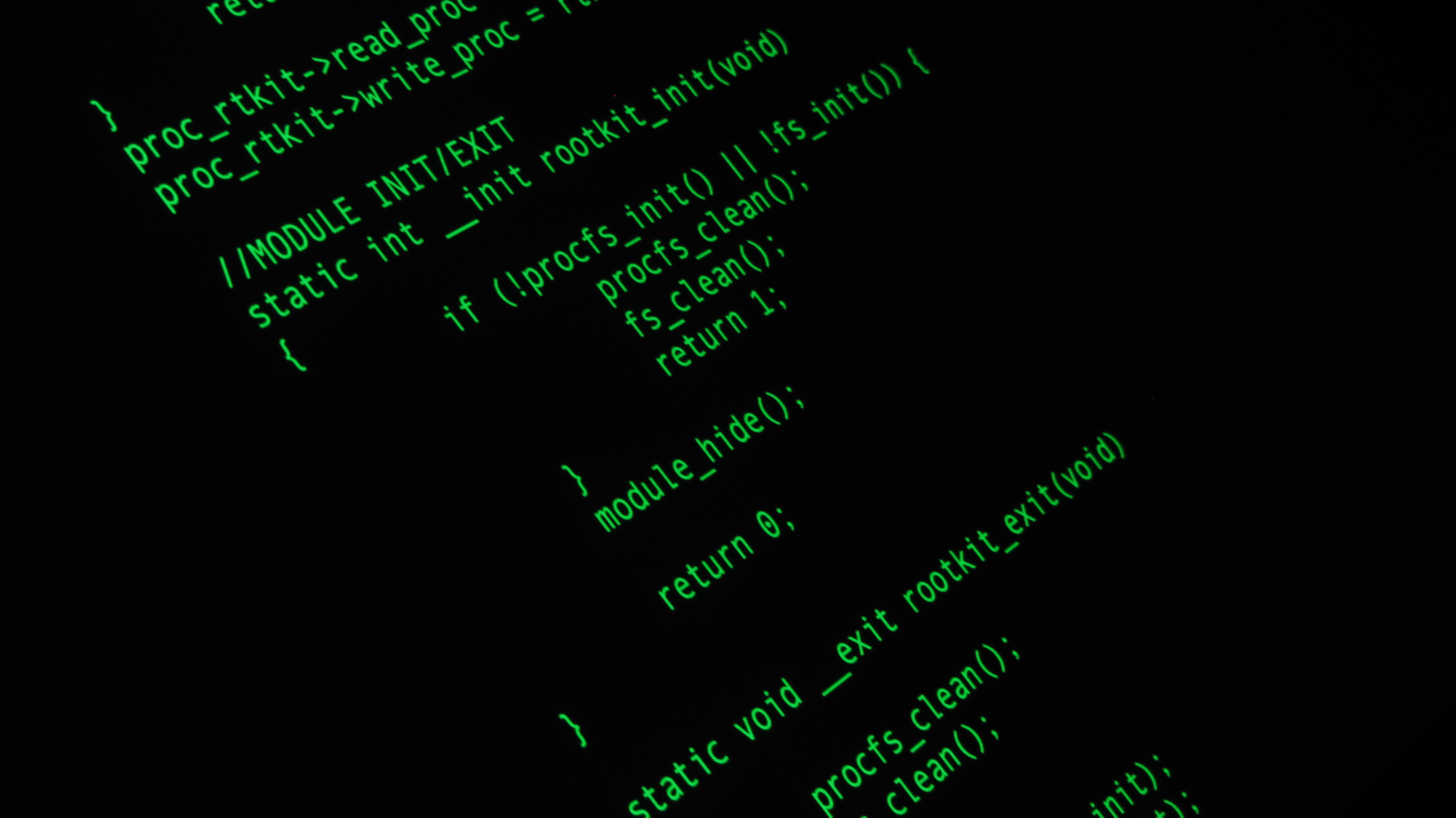 If the increasing popularity of coding bootcamps is any indication, more and more people are looking at computer science as a pathway to job security and higher earnings. But what if coding could help break the cycle of incarceration, an issue that affects more than two million Americans each year?

This is the idea behind Unloop, a nonprofit that aims to train inmates in Washington prisons to become entry-level web developers. Co-founded by David Almeida — who has spent the last four years working on business strategy at Microsoft — the organization hopes that the tech industry will make good on what some see as an empty promise: to reward merit above all else, including a person’s history and background.

“I think that a lot of people within the tech industry have a strong innate sense of justice,” Almeida says. “I think that this is one of those instances where people see that these people are smart, they see that they’re hard working, and yet they don’t have opportunity. And that’s wrong.”

Almeida’s interest in social justice began long ago. As a child, he was acutely aware of socioeconomic inequality in his hometown of Spokane, Washington. Subtle differences between his family and others, like the fact that he lived in the worst house on the block, drove him to question why some people got opportunities to succeed, while others did not. Motivated by this curiosity, he volunteered for a variety of international development organizations throughout college.

But as the national conversation around inequality and its racial components gained momentum in the United States, his focus shifted.

“The more I thought about it and examined my own life and my own whiteness, I became more interested in inequity in my own country and I saw it manifested in tech,” he explained.

This led him to inmate Logan Gore at the Clallum Bay Corrections Center (CBCC), located near the northwestern coast of Washington. Gore learned to code as one of the first students in a computer programming class that began in 2012 at the institution.

“I’m not usually the type to walk around talking about how much this or that changed my life, like some kind of self help infomercial,” Gore says. “But this really did. It changed everything. It allowed me to realize my potential.”

Gore also shares Almeida’s perspective on tech culture. “One thing about tech is that the tech culture, and many of the attitudes you find in tech, are accepting of different people from different backgrounds. There seems to be less personal judgment in tech and more scrutiny on your talent and skill,” he says.

Gore is still incarcerated, but he teaches coding to his fellow inmates through a prisoner-led education program called T.E.A.C.H. Almeida says that meeting Gore and witnessing Clallum Bay’s program is what inspired him to create Unloop, which he sees as a way to scale the program’s model and connect it more closely to the tech industry.

But his larger vision for Unloop is much more comprehensive. He hopes to connect it and other programs like it to a suite of services like mental health treatment and government assistance. Education alone, he says, won’t be enough to break the cycle of incarceration.

The latest data from the U.S. Department of Justice shows that 68 percent of people released from prison will return within three years, and the majority return within a year of their release. Providing additional education programs has emerged as a leading strategy to improve the numbers.

Limited research supports this approach. A study by the RAND Corporation revealed that participation in prison education was associated with an over 40 percent reduction in recidivism—saving $4 to $5 for each dollar spent.

Unfortunately, access to education beyond remedial coursework is scant behind bars. In Washington, for instance, legislation prohibits the state from funding college coursework inside correctional facilities, limiting state funding to GED classes and slim vocational offerings. Out of 12 prisons across the state, only two offer an associate’s degree program, which rely completely on private funding.

Most vocational programs in Washington prisons are run through Correctional Industries, a business within the Department of Corrections that employs inmates to produce low-cost goods for state agencies, sometimes paying as little as 55 cents per hour. Aside from the questionable ethics of prison labor, it’s unclear whether these programs prepare people to get jobs after prison.

Unloop, on the other hand, wants to equip prisoners with marketable skills. The program, which officially launched last month, came about through the close ties that Unloop’s team developed with local community colleges, who do the majority of teaching inside Washington’s prisons. It took work with Tacoma Community College to develop Unloop’s first cohort of students, who are incarcerated at Washington Corrections Center for Women (WCCW) in Gig Harbor.

“Bringing computer science to women is a secondary impetus for us,” Almeida says. “Our goal is to provide the opportunity for everyone to learn, but we’re excited to start at a women’s institution, given their underrepresentation in tech.”

Unloop’s first class is an introductory web development course, which will serve about 40 participants. The barrier to entry is low, with the hopes of moving the best students into more advanced training later. Almeida says he expects to be able to bring students to a “technical level of proficiency” in about a year, allowing them to gain employment as junior or entry level developers upon release.

Unloop is one of few programs in the U.S. bringing computer science to the prison population. Because of its novelty, there is little evidence to predict how successful it will be when it comes to job placement.

A survey from Course Report, for instance, found that the majority (66 percent) of coding bootcamp graduates find full-time employment using their new skills. The average salary increase is 38 percent or $18,000.

While these data are positive, the demographics of bootcampers likely play a role in their success. The average bootcamper is a 31-year-old white man with seven years of work experience. What’s more, 79 percent hold bachelor’s degrees.

Unlike these programs, Unloop is not intensive. It runs on the 10-week quarter system like other community college classes. The organization hasn’t ruled out doing a bootcamp style course, but for now they are focused on their first cohort and piloting a one-to-one mentorship model where people from the tech community support Unloop students through learning and job seeking.

While the idea of challenging tech to live up to its meritocratic image is inspiring, Unloop is tempering idealism with a dose of pragmatism. Almeida emphasizes the importance of building community to improve the prospects of Unloop graduates. When it comes to convincing employers to take the plunge, Almeida says that personal connections go a long way.

“People don’t usually go cold apply for jobs in the tech industry,” Almeida says. “They get a job because they have a great network. For instance, several individuals have said ‘I would hire this particular individual who is currently incarcerated. Let me know when they get out.’”

Almeida admits that employers may also discriminate against those with criminal backgrounds. In that case, Almeida says, “We’re looking for a lot of ways to provide opportunities to allow people to be economically self sufficient without being full time employees at companies. I think that mechanism exists in the tech industry, with freelancing and worker cooperative dev shops and smaller companies that have the flexibility to hire outside of some sort of rigid policy.”

The difficulty of integrating prisoners into tech culture is perhaps best illustrated by comments from graduates of an organization called The Last Mile (TLM). It runs a coding bootcamp in California’s San Quentin State Prison, as well as business and entrepreneurship courses. Graduates recently gave candid interviews to a reporter from The Daily Dot on how they fared after leaving prison, recounting the cultural biases they encountered working in Silicon Valley.

"I don’t want to generalize it ... but I didn’t feel like the [tech] community was geared toward me to be successful," said TLM graduate James Houston. "There were other people in the same position that had easier ways to be successful. It just didn’t seem like it was built for me."

Another graduate, Heracio Harts, described feeling isolated as the only African-American in a company made up almost exclusively of White and Asian men, many of whom were young enough to be his children.

While neither faulted the companies they worked for, both left their tech jobs in pursuit of a more comfortable working environment.

Almeida acknowledged the difficulty of successfully integrating former prisoners into the tech industry, and the fact that his status as a white man has undoubtedly contributed to his success in the industry. Almeida says that he plans to use the tech community’s identity as a leveraging point.

“What we see in the tech industry is the story of meritocracy, and whether or not that’s true, it’s a story that a lot of people believe,” Almeida says. “You hear stories about businesses being built in garages and 68 percent of programmers say they’re self taught whether they went to a four year college or not. So there’s this idea within the tech industry that if you can learn how to be a great developer the opportunity is there for you, and that’s something that I think is really compelling to the people that we serve.... I think it’s a matter of finding the people who believe that the tech industry should be a meritocracy and giving them the opportunity to live up to it.”

While Unloop’s success will be partially measured by successful job placement and a reduction in recidivism rates, Almeida hopes that coding will also be transformative for inmates on a personal level.

Logan Gore, for instance, is on his way to completing a bachelor’s degree in business. He says that learning to code has benefited him in ways that his other studies never did.

“While I will finish my BA in Business Administration within the next few months (correspondence courses have taken a while), I don't feel that it will have contributed to my life the way that coding has,” he says. “When you can really code well, nothing seems out of reach. Coding has given me that. There is no more ‘that's too hard’; there is only ‘how long will it take me to learn this.’ I don't care what it is, I can learn it and do it.”

Gore sees the same far-reaching benefits in his students. Almeida too hopes that computer science will make prison a place for personal growth.

“We think that teaching coding in prison is cool because it empowers people with the skills they need to go out and get jobs,” says Almeida. “But potentially more important is that it teaches folks a new way of thinking and it changes the culture of facilities. … We’re really excited about computer science in prison because it’s about a lot more than just jobs. Jobs are an important component of it, but we believe it’s a mechanism to transform the way that people see the world.” 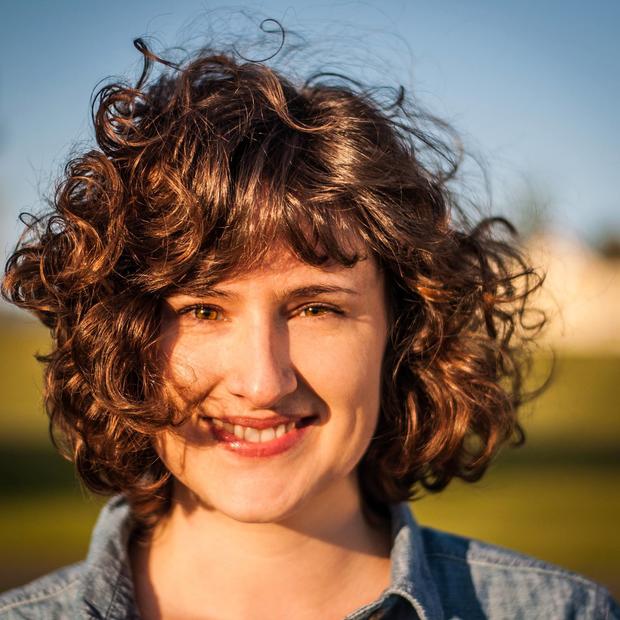 Caroline Halter is a writer based in Seattle, Washington. She covers state politics and policy, ranging from nuclear energy, to the marijuana market, to the minimum wage. You can read more of her work at www.quiet.ly/59500.