DOJ: Seattle cops are getting better 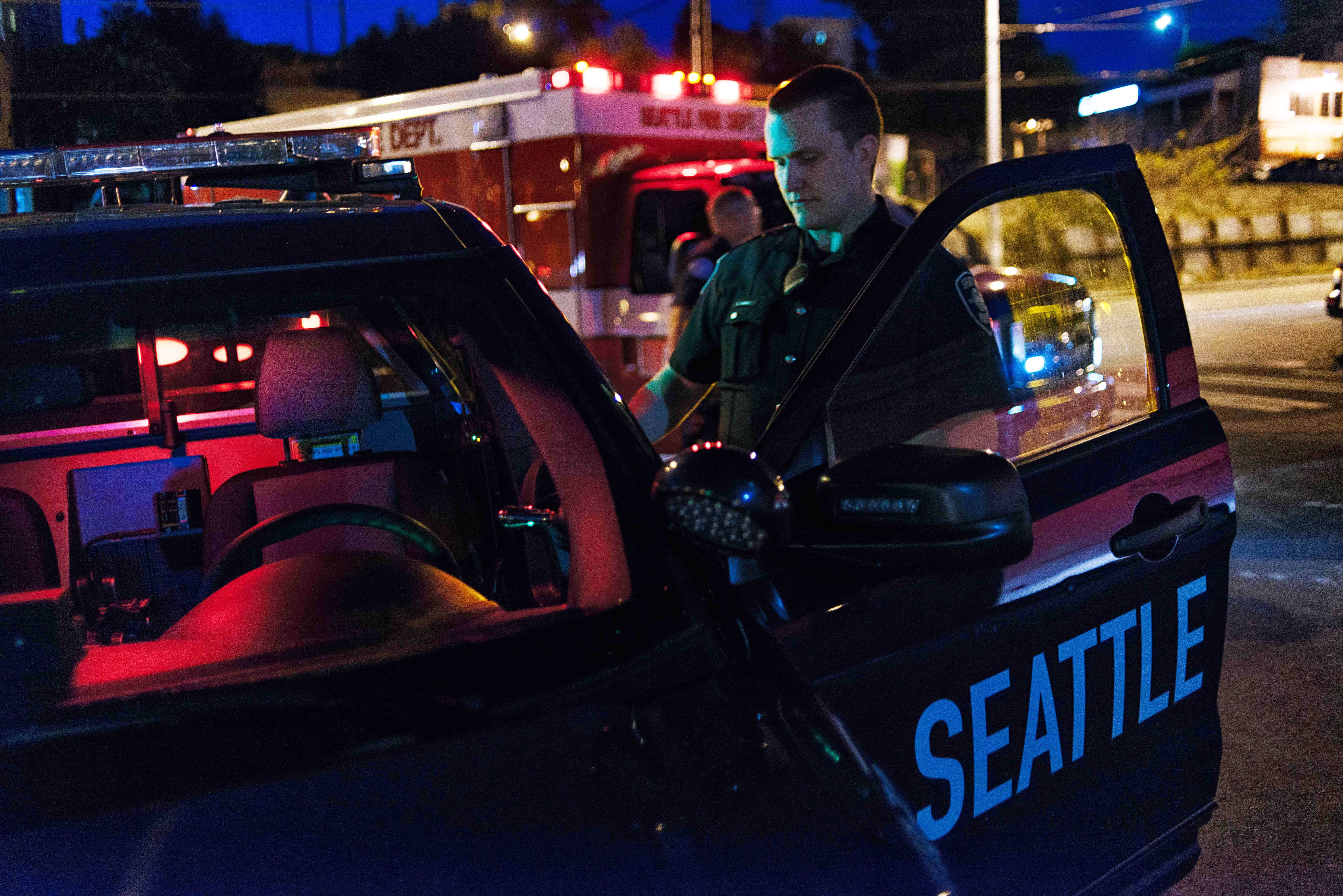 Tragic events in Baton Rouge, Dallas and Minnesota again make us confront the work communities and police departments across the country must do to implement systemic reforms and build relationships of trust and respect. These are issues we’ve been grappling with in Seattle as the police department works to implement the requirements of the Court-monitored consent decree. So, where are we in those efforts?

Taking a step back, here in Seattle and in other places where the Department of Justice is involved, we are working to ensure policing that complies with the Constitution and laws of the United States, effectively provides public safety and officer safety, and promotes community confidence. To get there, we have to give officers clear rules of the road, train to those new policies in a way that is consistent with community values, and demand supervision to ensure effective policing and accountability if things go wrong.

In many respects, the systems required for success are taking root in the Seattle Police Department.  In critical areas, the policies and practices in Seattle have been found to be in initial compliance with the consent decree signed by U.S. Department of Justice and the City, and reflect the recommendations of the President’s 21st Century Policing Task Force. (This Task Force included former King County Sheriff Sue Rahr, who heads up our state’s training academy and has championed a shift to the “guardian” mentality of policing.)

For example, as the consent decree requires and the Task Force recommends, use of force training must prioritize de-escalation and the creation of a board to review serious incidents internally. The consent decree and the recommendations emphasize the need for extensive training on crisis interventions, bias-free policing, and when and how to do stops. They call for data collection on stops to evaluate whether there are disparate impacts. And, importantly, they recognize the value of engaging officers and the community in the development of those policies and trainings.

SPD, in partnership with DOJ and the many diverse communities of Seattle, has done each of those things as a result of the multi-year reform process. While there remains much work to do, here are some examples of real progress.

Use of force. For the past few years, as a result of the reform process, SPD has been operating under a use of force policy that requires greater reporting and supervision the more significant the force. This “tiered” reporting didn’t exist before, resulting in a tremendous amount of under-reporting of force and very little review of force up the chain of command. As the federal Court’s Independent Monitor has found, that has changed: SPD is reporting, investigating and reviewing the highest levels of force as never before.

For the first time, SPD’s use of force policy — developed and refined with the Community Police Commission — requires officers to de-escalate a situation if they are able. De-escalation involves not only better communication with the subject but also focus by police officers on tactical decisions they can make that keep them and those nearby safer.  That focus on de-escalation is now part of every use-of-force training that officers receive, and we are seeing situations more frequently resolved without force and without greater risk to the police or the public.

Officers also are required to carry less-lethal alternatives to firearms and now there are specific policies for each of the tools officers use.  For example, DOJ investigation found saw that batons, for example, were used inappropriately and  too frequently.  Over the last year, however, because of changes in policy and practice, batons have been used less than a dozen times.

Crisis intervention. How police handle people in behavioral crisis is a significant issue, here and across the country. Officers in Seattle will make contact with 10,000 people in crisis this year alone, and, in the past, those incidents resulted in force being used far too often. It is now the stated policy of SPD that the “ideal resolution for a crisis incident is that the subject is connected with resources that can provide long-term stabilizing support.” That policy is working in practice.

As a result of SPD’s training its officers to handle situations with people in behavioral crisis, officers now use force against individuals in crisis less than 2 percent of the time and, when they do use force, 80 percent of the time they use the lowest level of force. Not once did they use the highest level of force – even in high-risk situations.  Instead, people in crisis are being connected as never before with the resources and referrals they need.

The crisis policy and training was developed with the community and mental health professionals and social service providers.  It is truly best in class, building on 20 years of work that started in Memphis.  That’s not just our assessment of the significance of the sea change when it comes to dealing with people in crisis. The Monitor has concluded the same thing. And I see reports nearly every week of the very challenging situations officers encounter — men on the street with knives, “suicide by cop” attempts and potential jumpers, disruptions on our streets and sidewalks that make others unsafe — and the results are impressive.

Supervision and oversight. The consent decree process has made SPD’s internal supervision and oversight far more robust than before. For example, a supervisor rolls to the scene of every significant use of force. If there is a major use of force incident, including an officer involved shooting, a specially trained “Force Investigation Team” comes out immediately to investigate the use of force. So too does a member of the Office of Professional Accountability, the civilian-led disciplinary body. The high-level Force Review Board looks at all serious uses of force incidents to determine if it was in or out of policy and to examine whether are broader lessons or trends that should inform policy or training changes. These are all best practices adopted from things that have worked in other departments, and are being replicated elsewhere.

Bias and stops. SPD has developed anti-bias training with members of the community, and there is more to come for both line officers and command staff. That type of engagement with the community was a first for SPD and was required by the consent decree.  This inclusive approach — and the emphasis on implicit bias training — is being replicated across the country.

In addition, SPD now collects data on all stops to give greater transparency about who is getting stopped and why. This will give the department and others important data to ensure fair and effective policing.

So, what’s next here?

The Monitor and DOJ have conducted a number of systematic assessments to help evaluate whether SPD is in compliance with requirements of the consent decree. To date, those assessments have shown SPD to be in initial compliance in areas like use of force reporting and investigations (including the Force Investigations Team), crisis intervention requirements, and the Force Review Board.

Upcoming assessments will look at how force is being used; the internal warning systems that help supervisors manage officers and ensure they are getting the help they need; and SPD’s overall approach to internal supervision. In addition, the Monitor and DOJ will continue to assess areas where SPD has been found in initial compliance with the requirements of the consent decree.

We also are now entering the next phase of addressing how best to structure police accountability systems in Seattle, including changes to the Office of Professional Accountability and decisions about the future of the Community Police Commission. We joined the City in asking the federal Court to allow the City to move forward with its public legislative process as soon as possible. This week, the Court gave the City approval to draft legislation to strengthen the civilian oversight of the Seattle Police Department's disciplinary system. This is an important step forward and an opportunity for the City — its elected officials and community stakeholders — to come together to propose an approach that reflects best practices of accountability and is consistent with the terms and purposes of the consent decree. The Court’s order puts in place a clear timeline for the Court to review the City's draft proposal before the legislative process begins.

DOJ will continue to provide guidance and independent oversight along the way, and, ultimately, evaluate whether what comes out of the public legislative process is consistent with the consent decree and the Constitution.

It is important to keep in mind that the current discussion largely is driven by and focused on the back end, complaints-driven disciplinary system and the civilian oversight over that disciplinary system. These are important accountability safeguards, but they do not replace the work being done under the consent decree on the front end, prevention side — creating the policies, training, and systems that are being replicated in other cities around the country. As noted above, we are seeing real progress on those preventive efforts — improved reporting and investigations, de-escalation, directing people in crisis to community resources, and minimizing force — all helping to avoid the need for discipline at the back end.

As communities across the country work to bridge divides between the police and the people they serve, they are looking to the new policies and trainings in Seattle — often developed with members of the community — that require de-escalation before force, equip officers to better handle interactions with people in crisis, and address implicit bias. That fact makes all of our work here in Seattle that much more important.

In the end, the City's efforts to comply with the consent decree will ensure it has a police department that serves its diverse communities effectively and that everyone can be proud of — most importantly the police officers who put themselves on the line every day. 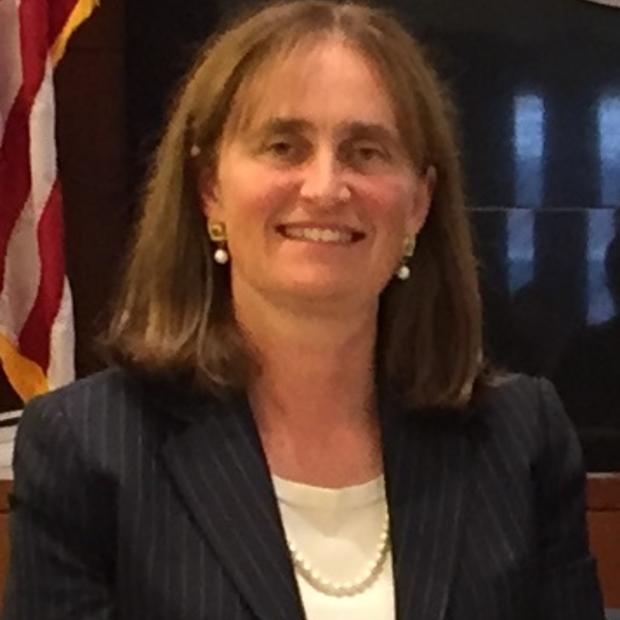 Annette L. Hayes currently serves as the United States Attorney for the Western District of Washington. Ms. Hayes received her Bachelor of Arts degree, with Honors, from Williams College, in 1984, and her Doctor of Law degree, with specialization in International Legal Affairs, from Cornell Law School, in 1991.