Everett is Trump's kind of town 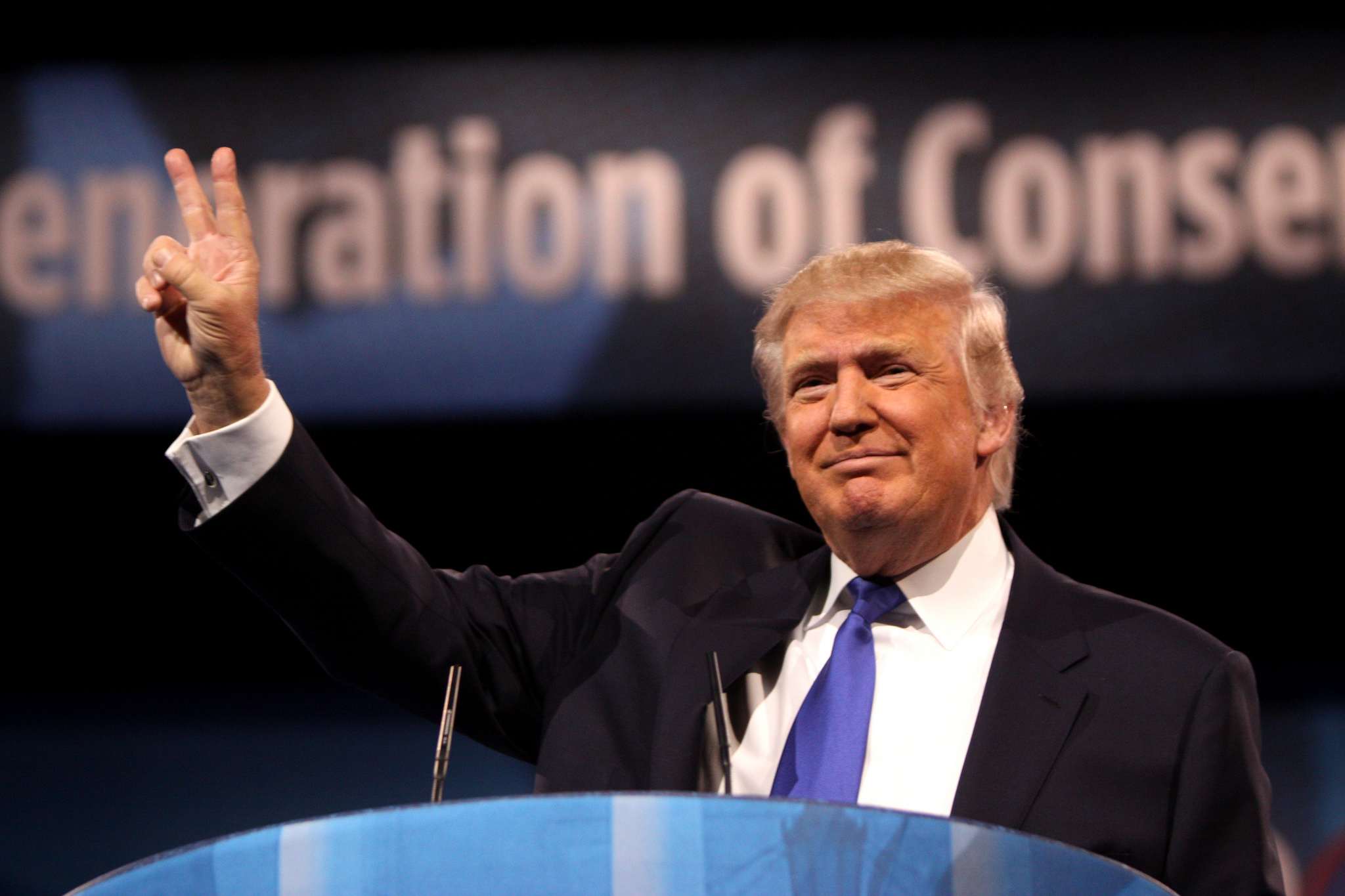 Donald Trump at a 2013 gathering of conservatives

To read Crosscut's on-the-ground coverage of the Donald Trump rally in Everett this past August, which attracted almost 10,000 attendees, click here.

In 2004, Sen. John Kerry, the Democratic presidential nominee, rallied a crowd of mostly white, working class supporters at what is now Everett’s Xfinity Arena. Kerry slipped off his suitcoat, and gestured at the audience. “I’m telling you, folks,” he said. “You can’t believe that Republican folderol.”

A union activist in a Mariners cap craned his neck. “Anybody got a dictionary?”

On Tuesday, Donald Trump, the Republican presidential nominee, will rally a crowd of (most likely) white, working-class supporters at Xfinity Arena. Chances are Trump’s “f” words won’t require a dictionary.

With Everett, local Trump troops wisely picked a community estranged from the Northwest’s Amazon-fueled gold rush. With surrounding Arlington, Sultan and Granite Falls, it’s a restive corner of Western Washington where Trump’s “tell it like it is” message, however freighted by scapegoating and code-word racism, finds a receptive audience.

“I compare Everett to a wind tunnel,” said Democratic Snohomish County Councilmember Brian Sullivan, who represents a district that includes the city. “Economic growth is going on all around it, just not in it.”

It’s easy to crystal-ball Tuesday’s memes. Trump will mention “China taking Boeing jobs” four or five times. He’ll point to the “giveaway disaster” of the Trans-Pacific Partnership and, likely, the Export-Import Bank. There’s a Navy here, we’re going to use our Navy to obliterate ISIS. No ISIS! And he’ll mention timber, “we’ll bring that back,” and returning federal public lands to the states. All those old jobs, “they’re coming back, folks.”

Everett has cause to beware billionaires bearing gifts. The city, carved from indigenous lands, was bankrolled by John D. Rockefeller, the world’s first billionaire. Once Rockefeller determined that his investment was tanking, he turned tail and abandoned his holdings. (Irony alert: The city still honors John D. with a Rockefeller Avenue).

While most associate Everett, the county seat, with all-things Boeing, the vast majority of Boeing employees don’t live in town. And the last mill in Milltown, Kimberly-Clark, shuttered in 2012.

The city of 103,000 also has a discouragingly low home ownership rate of 44 percent. As the Everett Herald’s Jim Davis writes, it’s not only the lowest in the county, but also the lowest among the top 20 largest cities in Washington (ditto for median household income—Everett rests at the bottom).

The economic malaise magnifies social ills. Abuse of painkillers and heroin is epidemic, a pattern documented in July by the Los Angeles Times.

Trump, nevertheless, is kryptonite to many local Republicans. Even his Washington campaign co-chair, State Sen. Don Benton, irks longtime activists. As party chair in 2000, Benton famously was accused by fellow Republicans of having sat on thousands of dollars, which could have been spent on the re-election campaign of Sen. Slade Gorton, who was defeated by Democrat Maria Cantwell by a 1,953 vote margin.

County Councilmember Ken Klein, a rising political star and the only Republican member of the five-member council, said in a message, “I will not be commenting on Mr. Trump’s visit.”

Others Republicans are more direct about the prospect of systemic, long-term damage to their party.

“Despite the hopes of beleaguered Republicans that Trump’s recent campaign shake-up was a pivot toward a smarter campaign, a visit to Everett looks like more of the same,” said Bryan Myrick, publisher and writer at the conservative NW Daily Marker. “The damage to down-ballot Republicans is going to be real and the upside for his campaign is impossible to see, since all available polling shows him down in Washington by double digits.

"What’s more after a week when he began to reset a new conversation on racial issues — albeit in his typical ‘bull in a china shop’ fashion — he’s chosen once again to avoid bringing his message directly to minority communities only minutes down I-5 from Everett in favor of hosting another firebrand rally to what will likely be a predominantly white crowd.”

“I'm surprised that Donald Trump would visit here and risk further damaging the GOP's chances in the state,” he said. “His vitriol and hate speech is not a winning strategy here. It may play to a very select few, but Snohomish County is a place of diversity where the majority of us will not tolerate his message.”

When Trump stands at the Xfinity dais, he can face West where, overlooking Port Gardner, sits the unfinished Potala Place project, a mixed-use development cobbled by an overpromising, out-of-town real estate developer, Lobsang Dargey. It’s now in receivership, after the U.S. Securities and Exchange Commission sued Dargey for fraud. Trump also could look East in the direction of Monte Cristo, where his grandfather, Friedrich, may or may not have run an area prostitution parlor.

Or he could just look a few blocks down Hewitt and imagine Everett’s old Orpheum Theater, where labor and political radical Mother Jones and Socialist presidential candidate Eugene Debs drew large crowds. They, too, engaged in a utopian, system-is-rigged banter, although they never managed to get as close as Trump to the levers of executive power.