Could families get real help when they need it most? 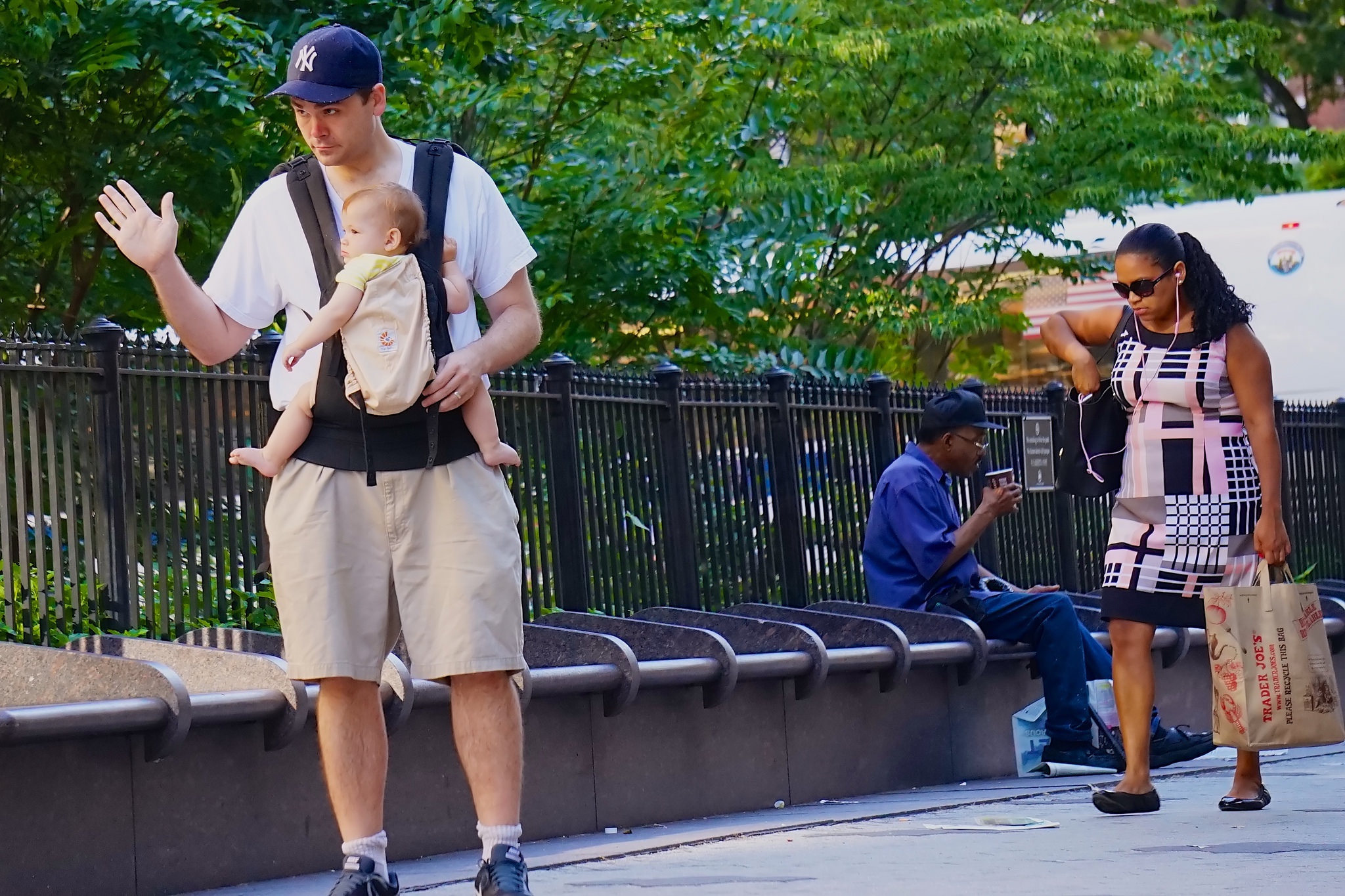 A man waves goodbye to a to his wife, who had just left after pulling out her transit pass.

While the nation is preoccupied with presidential wars and impending elections, the next big thing is brewing almost unnoticed. It is a universal issue, but one that the nation has scarcely addressed.

Panelists explained the importance of paid family leave, contrasted some existing models and looked at a range of possibilities for implementation.

A panel led by University of Washington Dr. Stephen Bezruchka summed up the national scene with some “killer facts.” Foremost among them: The United States is the only industrialized nation that makes no provision — none — for paid family leave.

What’s the value of such leave? Bezruchka showed slides revealing how poorly this nation is faring in world health. A 2014 U.N. report ranked the United States 35th in life expectancy among industrialized nations. It’s not surprising to find longer life expectancies in Sweden, France and New Zealand, but the U.S. lifespan falls behind such nations as Cuba, Costa Rica and Lebanon. Lack of family leave is one factor behind the United States’ poor standing.

A panel on financing and implementation, led by Seattle Councilmember Lisa Herbold, raised dozens of important questions. Financing options for PFL vary depending on whether the cost would be shouldered primarily by employers, by employees or by some combination. Programs might also rely on general taxes. Most models build on expansion of existing disability insurance plans.

Decisions also are needed about wages and time off. How long are parental leaves? Are there assurances that the parent can return to work at his/her job? Will paid family leave here include time off spent caring for ailing family members? In California, where care for ailing family members is included, state paid leave first replaced 55 percent of an employee’s wages, now increased to 60 percent. San Francisco recently passed a plan that supplements the state program.

Developing programs at state or local levels will be a gigantic task. But the likelihood is that the work is ongoing. California already has 10 years of experience. Rhode Island, New Jersey and New York have plans underway. And there are half a dozen states where PFL is either under discussion or has been introduced.

Marilyn Watkins of the Economic Opportunity Institute said, “The state of Washington had a plan underway. We were ready to go just before the Great Recession. Because of the sudden drop in revenues, the plan was put on hold.” She credited Sen. Karen Keiser as the PFL prime sponsor. Asked about costs, Watkins gave an offhand estimate, saying the burden ought to be universal, perhaps to be covered by a payroll tax that might amount to $1 or $2 a week for an employee.

Some local employers like Microsoft and Amazon have voluntarily stepped up to at least part of the need. Seattle-based Zillow offers 16 weeks for birth parents; eight weeks for non- birth parents. Dan Spaulding, a Zillow vice president who participated in the panel, acknowledged that the company, in the epicenter of the tech world, “is in a war for talent.” Nevertheless, the company’s plan has not been easy to implement with 80 percent of new employees under the age of 30.

Sadly, however, there are other employers who offer little or no leave. One among them, ironically, is the University of Washington, site of the symposium.

Those attending the event were scarcely uninterested parties. Panelists drew nods of encouragement and a series of mainly sympathetic questions from the audience, one that included state and local officials and representatives from groups such as the King County Labor Council, Moms Rising and the Seattle Women’s Commission.

It might have been a case of preaching to the choir. But what was abundantly clear is that this is an issue that has powerful backing and won’t go away. Dr. Bezruchka quoted Frederick Douglass who long ago said, “It is easier to build strong children than to repair broken men.” More recently, we can recall a current presidential candidate who once said, “It takes a village to raise a child.”