One woman’s quest to see all 59 national parks 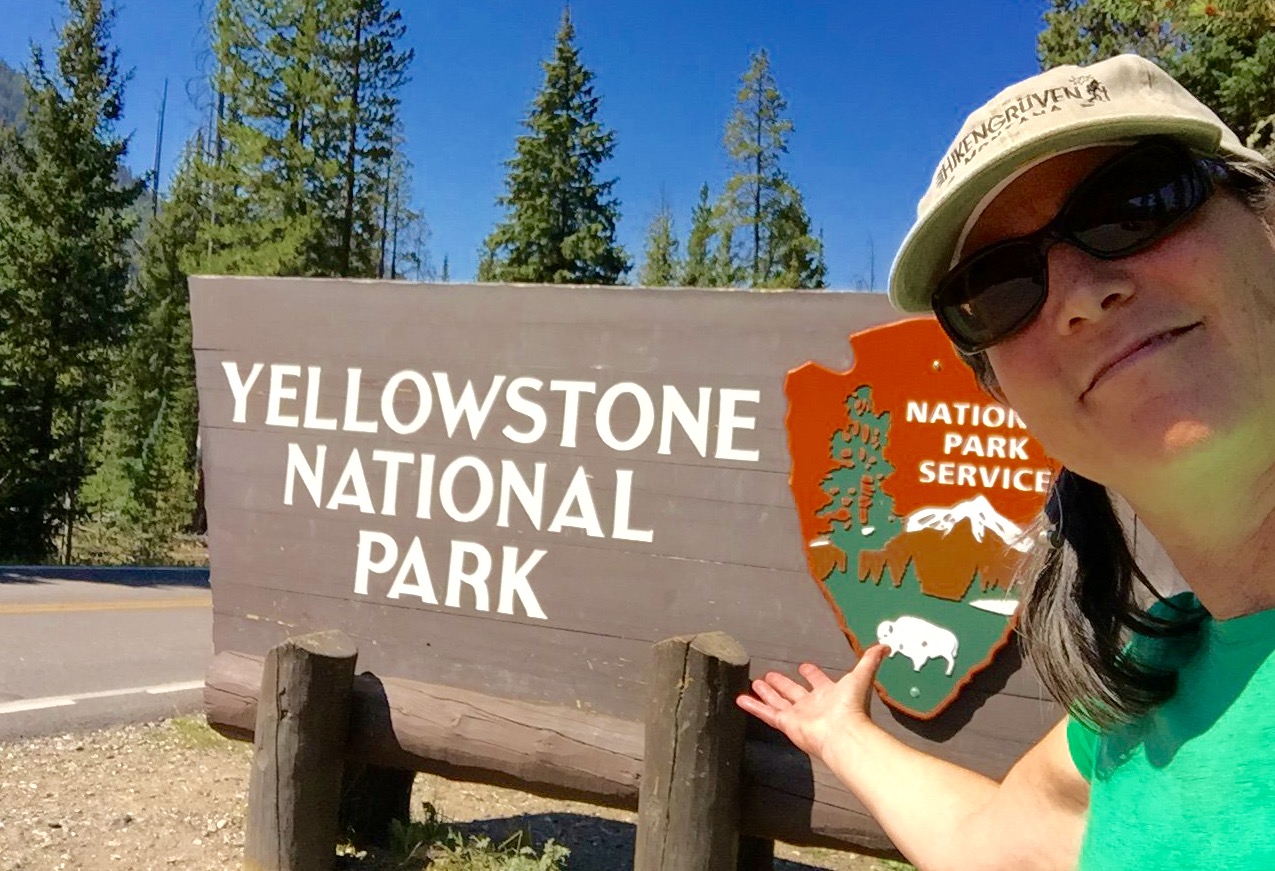 Could this really be it? Going to work, staring into a computer screen for hours every day so I could have health insurance and pay for a house increasingly boxed in by newly constructed townhouses? Then returning home so depleted I just wanted to escape via my TV screen?

Back in 2009, that screen presented the PBS National Parks series by documentarian Ken Burns. I was struck by the fact that this country has set aside millions of acres of diverse, pristine wilderness for its own sake, and it registered deeply. We have 59 of these treasures right here in America. As I watched, I started to list all of the parks I’d been to -- and all that I hadn’t.

I’m 52 now, and aware that I have lived more than half of my life. It’s a strange, haunting feeling and at the same time deeply motivating. And it’s what led me, two months ago, to leave my job, rent out my house and buy a VW camper van so I could visit national parks. It was a hard decision, but once I made it, I could feel myself starting to come alive.

I have visited 20 national parks over the course of my life. My goal to visit 59 parks before I’m 59 years-old more or less sat dormant until this year, the 100-year anniversary of the National Park Service, which is being celebrated today.

The National Park Service was created on August 25 in 1916 “to conserve the scenery and the natural and historic objects and the wild life therein and to provide for the enjoyment of the same in such manner and by such means as will leave them unimpaired for the enjoyment of future generations.”

Today, nearly 85 million acres of land has been set aside as sanctuary for millions of people to enjoy.

Renowned novelist and historian Wallace Stegner said, "National parks are the best idea we ever had. Absolutely American, absolutely democratic, they reflect us at our best rather than our worst." As author Terry Tempest Williams writes, “Whenever I go to a national park, I meet the miraculous.”

Washingtonians are lucky to live in a state that has three magnificent national parks we can return to again and again. I have observed elk in the rain forests of Olympic National Park, studied the ecology of old growth forests in Mt. Rainier National Park and hiked to alpine lakes in the North Cascades National Park.

Some of my fondest childhood memories include trekking through Yosemite, Sequoia, Kings Canyon, and Yellowstone in the 70’s. My mother packed up our turquoise Ford LTD station wagon with a big canvas tent, Coleman cooler and green camp stove and headed to the wilderness with her three young daughters. I lost my mother in 1984. Four years later I was back in the wild, living in Grand Canyon National Park and working as an interpretive ranger.

I decided to start my return trek to the wild this August, giving myself four or five months for the first leg of my journey of a lifetime. I had so much to do to get ready, that a project manager friend mapped a plan and timeline on a wall in my house.

It wasn’t easy to disconnect from the comfort and security of the life I had fashioned in Seattle - to give notice to an employer that had served me well for 17 years, to pack up a lifetime of possessions to make space for renters, or to leave a wonderful community of friends.

And I had no idea if I would be able to find an affordable and reliable camper van. I knew I wanted a VW Eurovan with a pop top, so I turned to Craigslist and found this ad: “Sapphire, 1999 Eurovan Westfalia Weekender seeks adoption.” Sapphire came with a story about her life that said it was time for her to find a new home — to seek out new adventures.

“If you have an adventure of your own planned for some time after June 21st - the first day of summer — if you gaze into your crystal ball and see yourself in a techno blue caravan crossing a desert, fording a stream, or cresting a glacier, give us a call,” it read.

I was captivated, and soon found myself on the phone with a friendly, well-travelled VW enthusiast. After the trepidation of assessing Sapphire’s roadworthiness and negotiating a fair deal, her owner would become a trusted friend and VW camper van travel mentor. Sapphire came with a fairy godfather, and my adventures had begun before I had even crossed the I-90 bridge.

Sapphire and I are now on the road to the national parks in the Western US that I have never visited. Though I am travelling solo, my sister joined me for the first park on my list, Glacier National Park in Montana. Glacier happens to be the world’s first international peace park, a term that refers to the fact that it shares a border with Canada, and commemorates the goodwill between nations and shared management of both parks.

The park is named for the once many glaciers that carved the landscape, and have dwindled from 150 in 1850 to just 25 today. They are projected to disappear altogether by 2020 as a result of climate change.

My next stop was Yellowstone. Thanks to the park service, the park is well-designed for driving tours and thousands of people take advantage of the ability to spot wildlife from the safety of their cars. Although I had already been to Yellowstone as a child — and it therefore was already checked off my list of 59 — I felt I had to include a visit to pay my respects.

I don’t condone seeing this majestic park in one day, but circumstances were such that that’s exactly what I did. And that day highlighted much of why national parks are such treasures, presenting plenty of bison and elk sightings, and a vast and diverse landscape of prairies, deep river valleys, canyons, forests, lakes and geothermal features. I had read about the wildlife in the Lamar Valley, the Serengeti of Yellowstone, and had hoped to be lucky enough to see a wolf or two, but they stayed out of sight.

At the famous Old Faithful geyser, I got to meet a national park “groupie” of sorts — Steve Robinson, a geyser gazer from Chehalis, Wash. who visits Yellowstone four or five times a year. Passionate about the park and wearing a tie dye Yellowstone t-shirt, Stevo, as his fellow gazers call him, carries a two-way radio to report geyser activity. He also happens to be an expert retriever of hats that blow into the restricted areas adjacent to geysers.

Our national parks attract people of all walks of life from all the over the globe seeking sanctuary from our busy modern lives. In this centennial year, our national parks are especially crowded, a reminder that you don’t have to quit your job and buy a camper van to go out and meet the miraculous.

Sylvia Kantor is Seattle-based freelance writer and formerly a science writer at Washington State University in the College of Agricultural, Human, and Natural Resource Sciences. You can follow her journey through the U.S. National Park system at 59x59blog.wordpress.com