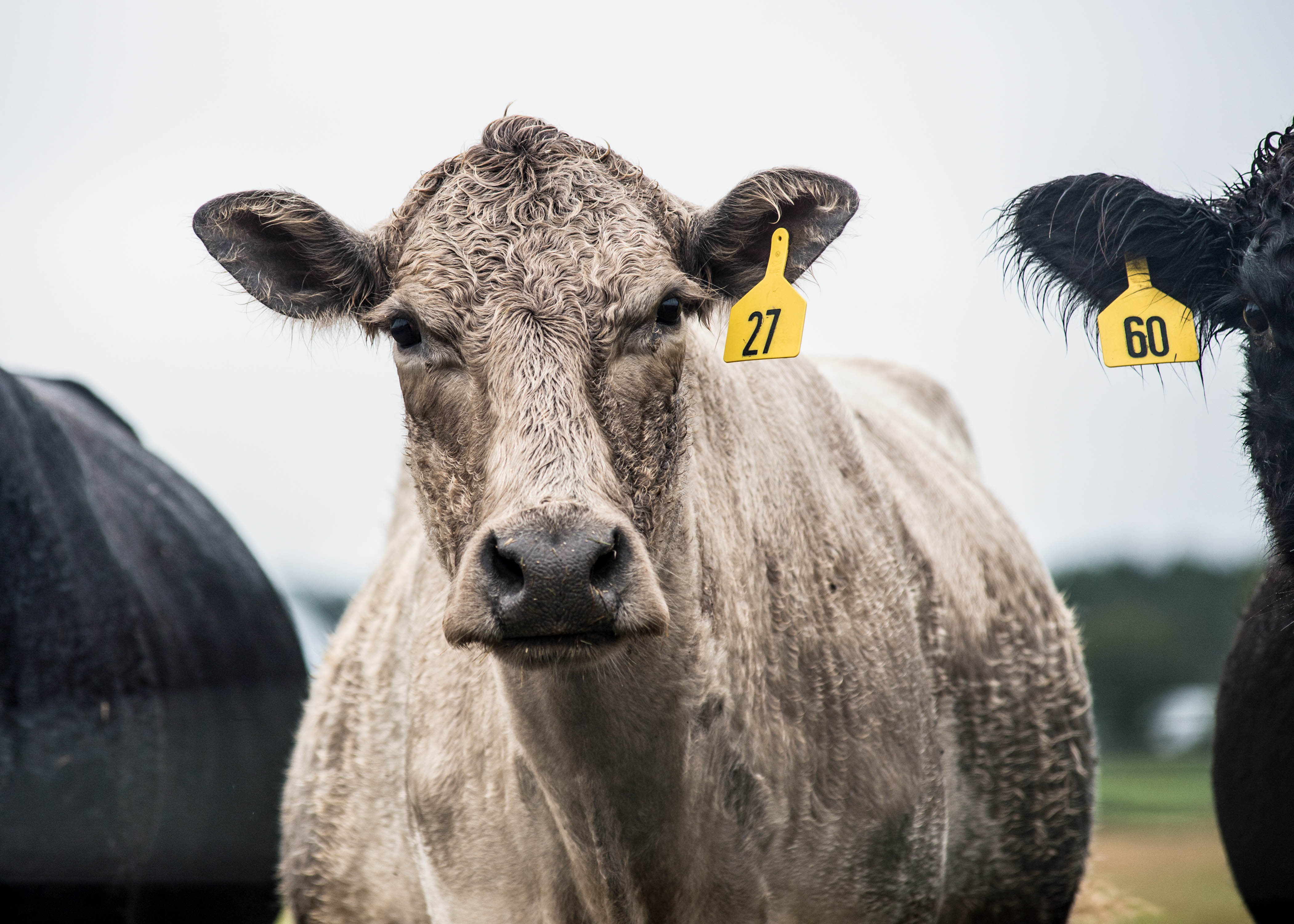 The agricultural industry is the nation’s largest polluter of rivers and streams according to the Environmental Protection Agency, and the reason areas like Whatcom County have some of the most contaminated drinking water in the state, according to the state Department of Ecology. This is largely due to the manure created by large livestock operations, which can make it into groundwater, the source of drinking water for over 60 percent of the state’s 7 million residents.

Crosscut has covered this issue on numerous occasions. One article looked at Ecology's attempts to regulate the industry, and how agricultural interests allegedly "punished them for doing their job." Another focused on legislation proposed by Rep. Eric Pettigrew (D-Seattle) and others, which would have severely limited the ability of citizens to crack down on groundwater pollution under federal law.

The Department of Ecology has proposed changes to how large livestock operations are regulated, and is soliciting public comments until Wednesday, August 31. As such, we present two opposing views on the issue. Advocating for increased regulation of large livestock operations, and against elements of Ecology's proposed changes, is Dr. Dean Effler, a retired pediatrician and a member of Friends of Toppenish Creek. Advocating for fewer regulations, and in support of some elements of Ecology's proposed changes, are Brad Rader and Rich Appel of Whatcom Family Farmers.  - Editors

Every day in Washington State, Concentrated Animal Feeding Operations (CAFOs) — also called factory farms — generate millions of pounds of manure, significant amounts of which are stored in unlined manure lagoons and often over-applied to farmland. If this untreated waste isn’t managed properly, it contaminates our waterways, shellfish beds, and worst of all, drinking water supplies, putting public health at risk.

The WA State Department of Ecology (also known simply as Ecology) recently presented its draft permit for these farms.  The permit is supposed to ensure the factory farms protect the environment and people from the impact of too many cows and too much manure/urine on too little acreage.  Yakima and Whatcom Counties and the Puget Sound are the areas of our state that are most affected by this industry, as determined by the concentration of dairy cows and private wells contaminated by nitrates.

I am a retired pediatrician, who has served on Native American reservations as a Public Health Service officer for 35 years, and on the Yakama reservation since 1992. I have reviewed the proposed permit, and believe it fails to do require enough to protect the environment and the families living near CAFOs.   Ecology has failed to listen to the advice of its own scientists and the neighbors who are impacted by these facilities. The agency has bowed to the wealthy, politically connected industrial dairy industry.

The following is a short, not comprehensive list of the deficiencies of the proposed permit process:

So what is at stake for the neighbors who live near CAFOs?  The dairy industry representatives claim that the nitrates in ground water are legacy nitrates; that levels are long standing prior to the dairies moving into the area. However, an Ecology study in 1990 (Ecology Agricultural Chemicals Pilot Study) measured nitrate levels in Yakima County wells that are much lower than they are today. In EPA studies of drinking water wells that were down-current of CAFOs showed elevated levels of nitrates, bacteria and chemicals, like antibiotics and hormones.

Studies show about 20 percent of private wells that people use for drinking water in the lower Yakima Valley are contaminated with excessive nitrates. Elevated nitrate levels are known to cause methemoglobinemia or "blue baby syndrome" which causes infants in the first six months of life to suffer from oxygen deficiency.  This syndrome can cause acute illness and rarely death. I am aware of no reported infant cases of this disease in the Yakima area to date.

Elevated nitrate levels have also been linked to a severe and sometimes fatal birth deformities, called neural tube defects. One of these neural tube defects is anencephaly.  Infants with this either die in the womb or shortly after birth from a severe brain malformation.

The rate of anencephaly is being studied by the Washington State Department of Health and the Centers for Disease Control because the rate in Yakima and neighboring Counties has been higher than the national and Washington State average. After a medical chart review and some limited interviews of mothers, no cause has been found yet for the elevated birth defect rates; however, I believe that the jury is out whether nitrates may have played a roll.

Well testing at the residence where the women lived at the time of conception has not been done. Given what’s at stake, the health of babies, we should not be giving factory farms permission to contaminate drinking water.

Washington residents must insist that Gov. Inslee and Ecology provide a strong CAFO permit not a weak one.  The current permit proposal is impotent and history suggests it will not be enforced. Because of the provision preventing citizens in most cases from enforcing the permit legally, it is weaker than the current regulatory process.  Please go to the Ecology website, and provide public comment by 5 pm on August 31 to demand that Ecology provide a stronger permit that protects the environment and families.

Dr. Dean Effler, MD, FAAP is a retired pediatrician and a member of Friends of Toppenish Creek

Are Washington’s family farmers mistaken to think that environmentalists should and will support their efforts to save Washington’s over 400 family dairy farms?

It’s an urgent question because these farmers are recognizing as never before that their future depends on support from non-farmers. The controversy over the Department of Ecology’s Concentrated Animal Feeding Operation (CAFO) permit is one example.

Our opponents are pressuring the Department to add huge new regulatory burdens on dairy farmers, such as demanding synthetic manure lagoon liners. As it is, the latest draft will cost many of our family farms but will do little to nothing to improve water quality. Dairy farmers don’t oppose regulations. But farmers do oppose regulations that won’t help protect water but will cost our state many of our family farms.

As an environmentalist you are being asked to decide to support dairy farmers or our activist opponents. Here’s what farmers would like you to consider:

Environmentalists need to think hard about actions that will drive dairy farmers out. When farmers go, land often falls to urban and suburban development, particularly in Western Washington where sprawl continually takes more prime farmland. That’s why the Action Agenda of the Puget Sound Partnership stresses keeping farmers viable and farmland in production.

As for Ecology’s recently proposed permits for manure lagoons, we do not object to a combined state and federal and a state permit for manure lagoons. The state permit would provide third party lawsuit protection, which is the real objection behind Western Environmental Law Center’s concerns. They want the right to keep suing dairy farmers under federal pollution laws, and the state permit would provide some protection. What dairy farmers object to is a manure permit that adds on a lot of regulations that are redundant, unnecessary and completely unrelated to the supposed groundwater pollution from lagoons.

Virtually all our farms are multi-generation, and farmers just want to see the next generation survive. Our opponents like to use the term “industrial agriculture” but particularly in Western Washington most of our dairies are small by today’s standards. We will lose more than great locally grown food. We will lose the environmental benefits that farmers provide, plus the unique character to our state that our beautiful farmlands and picturesque farm towns offer.

Global market conditions are putting immense pressure on dairy farmers right now. Knowing that farmers are getting strong support from non-farmers, particularly those concerned about the environment, will provide a huge boost to their fears about the future fed by those wanting to see them leave. Please contact the Department of Ecology and let them know you support regulations that help protect water without driving our family dairy farmers out.

Brad Rader and Rich Appel are president and vice-president of Whatcom Family Farmers. 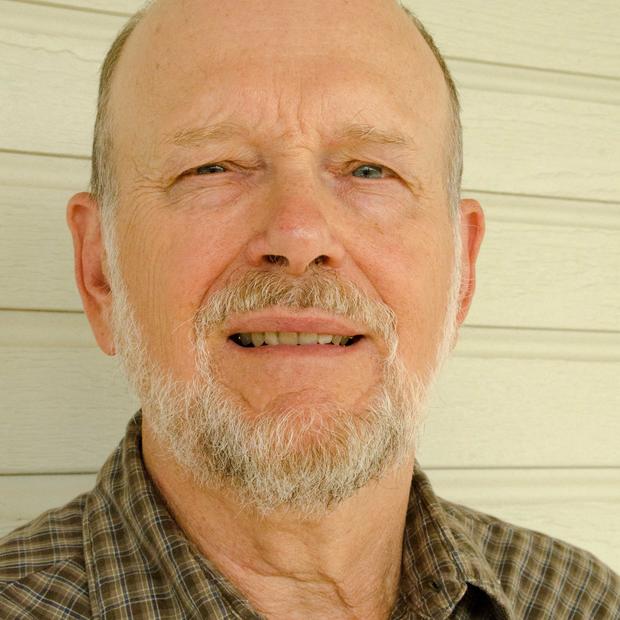 Dr. Dean Effler is a retired pediatrician and a member of Friends of Toppenish Creek.