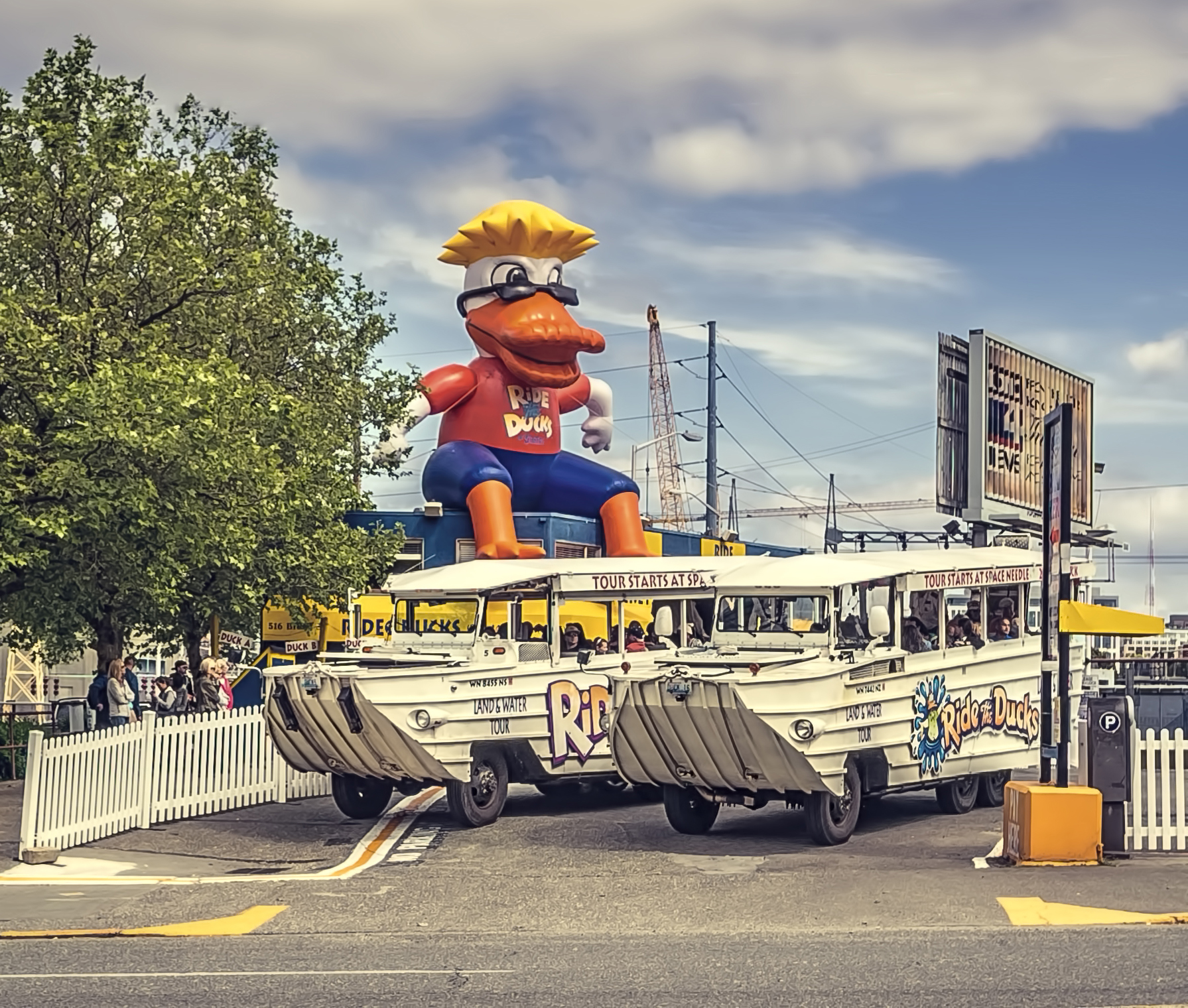 When is a life legally worthless in Washington State?

The law has shifted on that over the years, but the question is timely. It is being raised in connection with the Seattle Ducks crash of 2015. That year, a Ride the Ducks vehicle smashed into a tour bus on the Aurora Bridge, killing five foreign students.

The parents of one of the victims, Haram Kim, are challenging the state’s wrongful death law, which says that if an adult is not living in the state at the time of their death, their parents cannot sue for damages. Their lawyers are arguing this stipulation, added to the law in 1909, is a vestige of anti-Asian and anti-immigrant attitudes, and was an attempt to limit liability of local companies that used foreign workers. In other words, that it’s a racist, unconstitutional vestige of another time.

Longtime critics of Washington’s statute also point to a larger problem with state law — more than most states, Washington’s law limits damages in the wrongful deaths of adult children, narrowing it to situations where it can be shown that the offspring’s death cut off financial support that can be defined in dollars and cents. In other words, if the dead adult child was a caretaker of, say, an aged parent and that care could be quantified in financial terms, a loss might be recognized. If the pain is merely psychological or emotional, tough luck.

This view was confirmed in a 2004 state Supreme Court decision. In a case called Philippides v. Bernard, the parents of a young bike messenger killed in a Seattle crosswalk were awarded nearly $2 million for the “loss of consortium,” meaning the emotional and psychological effects of the loss of their son. It was later overturned by the state Supreme Court, which ruled state law did not allow the parents the right to sue.

That distinction — money vs. emotion — perpetuates a long-held view that the compensation for the death of children should be viewed in English common law, which largely forms the basis of U.S. law. That is to say, a child’s value is mainly as a worker: doing chores, harvesting fields, working in Dickensian factories.

Other old precedents are also at play.

In the early 19th century, a court in England determined that a woman killed in a stagecoach accident actually suffered “injury” that did not include actual death. So, if a person was injured wrongfully in a terrible workplace accident due to negligence, compensation could be sought in the courts. If they were killed, none was due.

U.S. laws also draw the line of adulthood at age 18. That means that if your child is killed due to a reckless driver at age 17 and 364 days, you might sue for compensation. If the kid was a day older and 18, that loss isn’t recognized.

The line has moved over the years. The Ducks case brings to mind a traffic death case from 1909, one of Seattle’s early traffic fatalities. A new driver, well-to-do real estate man Charles B. Niblock, accidentally ran over Mrs. Albert Thornton at First and Madison as she was crossing the street. Her husband, chief engineer of the steamer Rosalie, and her twin sister narrowly escaped. Niblock was charged with manslaughter but was not convicted. He did not know how to drive a car, but in those days there were no driver’s licenses or requirements for training. Seeking compensation in civil court, Albert Thornton sued for damages but none were awarded, because the Thorntons had no children and Mrs. Thornton did not provide any income or financial support to the marriage.

In short, a childless housewife’s life was worthless.

Larry Shannon, governmental affairs director of the Washington State Association for Justice, a group representing plaintiff’s lawyers, has been working for years to change the state’s wrongful death statute. It has been tweaked over the years, he says. In 1917, for example, it was changed so that Mrs. Thornton’s life would have had value even without her contribution of income. And now, thanks to wording regarding civil unions and subsequent passage of the same sex marriage law, the LGBTQ community can be covered.

But trying to eliminate the clause about overseas parents of adult children, or broadening the definitions of "loss of support" to include emotional and psychological factors, has been blocked. Shannon says this is mainly because insurance companies, hospitals, medical associations, and public entities like the state and cities fear the cost in having to pay more awards.

Allowing parents to sue for damages could increase state payouts by $22-$24 million each biennium, according to an estimate from the Attorney General’s office. The full fiscal impact of the change has not be determined, Shannon says. The state’s risk would increase due to potential damages related to the deaths of developmentally disabled adult children in state subsidized facilities. So the argument against change has largely been: we can’t afford it.

Some legal experts argue the wrongful death law in Washington has not kept up with societal changes. A 2014 Gonzaga Law Review article concludes “Washington courts’ reluctance to expand recovery derives from the state’s antiquated statutory structure. The current state law is antithetical to good public policy because the state should be fostering strong familial relationships...”

University of Washington law professor William S. Bailey argues that children — including adult children — have value beyond their monetary contributions; that parents are living longer and that connections with their kids have demonstrable benefits to health and wellbeing. Adult children are also valued differently now, and ties are not severed at age 18.

Social science recognizes the importance of parent-child relationships that last for life. Bailey concludes, “Parents have never received proper consideration in seeking redress for the serious injury to or the wrongful death of their adult children, and basic notions of justice require that these parents be allowed to seek redress for one of the most painful losses that a human being can ever suffer.”

For all the tragedy of the Ducks crash, surfacing the need for reform in our outdated wrongful death law could be a small silver lining, if Olympia, the legislature and legal system take up the just cause.