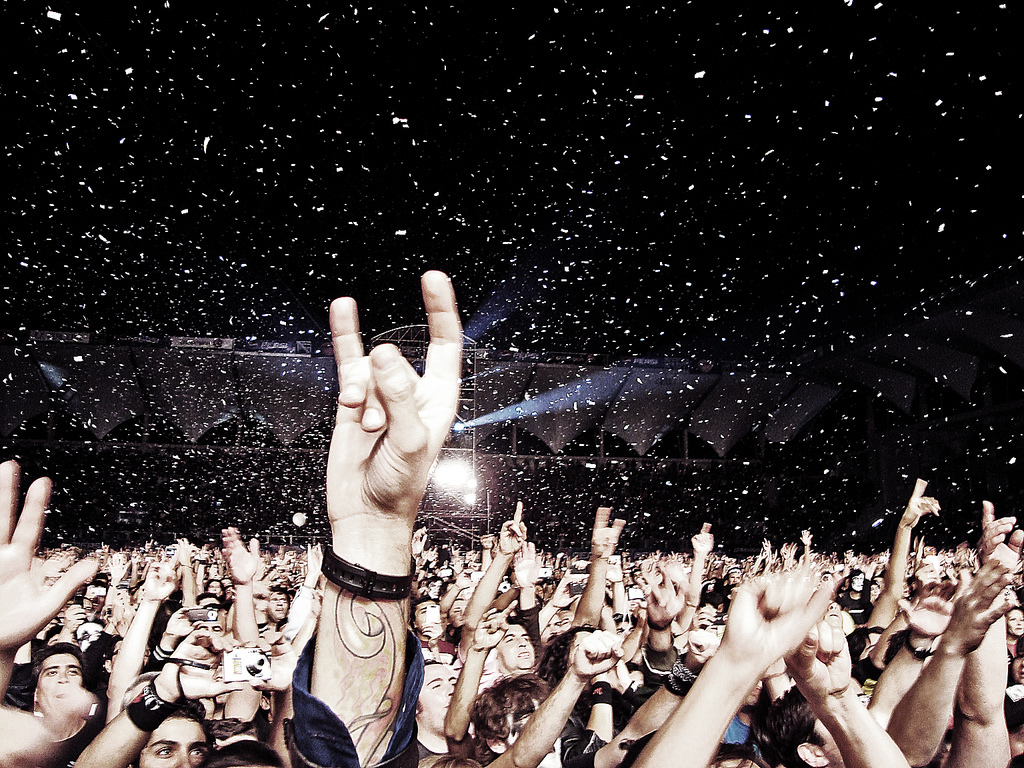 For most of my adult life, music has been the most reliable KrazyGlue to my most important friendships — listening to it, loving it, hating it, being a snob about it, but most of all, playing it. I have drummers and bassists first, brothers and cousins and best friends second.

The lightning-in-a-bottle flow that comes from conjuring a melody out of the ether (before you realize AC/DC or Robyn wrote it first, and better) with sweaty comrades epoxies bonds with familiars and strangers alike. So does the on-tour idiocy of sleeping on a piss-and-beer stage you just played, next to a pitt bull gone raw and cuddly with mange. Double that for survivors who do it again, into their 30s (sorry, mom). Keep your foxholes and gods: There are no David Bowie agnostics in vans.

I've been on a summer-long mission to explore the Seattle Freeze — to find out if it exists, how it infects the town, and how it shapes all the various tribes therein. I've reached out to strangers, submitted to bowling with people actively engaged in anti-freezing the town, and now I'm exploring how it affects the tribe I lean hardest on for social fuel: grubby musicians like myself.

When I moved to Seattle, I pied-pipered half my musician friends with me. But outside of them, I’ve always felt a strain of freeze flowing through Seattle’s music scene, expressing itself as pools of discrete cool kids bonded by sound, haircuts or well whiskey. It’s all respect and broad support, but rotgut shots and train wrecking to a room of SeaFair drunks in Navy whites hasn’t seemed to work for me in multiple shows with multiple people the way it has with one-offs I’ll never see again in Salt Lake, or Denver, or Oklahoma.

As with my other social failings (if you're just tuning in, you can read about those here and here), I blame myself — and Amazon Prime’s growing selection of first-run movies and award-winning original series.

But as promised, I fought against my worst self to work my meager charm in this comfortable venue — one where I didn’t have to do so behind a bowling ball or the fiery eyes of Nurse Ratched. I started small: Every time my bands Medicine Bows or Support Group played shows, I talked to every fellow band member I could, sought eyes in the crowd like a shark and bummed drags of cigarettes (I don’t smoke) when lips went frosty. It didn’t always convert beyond the odd Book of Faces invite, but I kept at it every show I played or went to.

Then something odd started to happen. Ex-coworkers I hadn’t heard from in years appeared from nowhere with Happy Hour requests or extra show tickets. (Some had read my previous stories; most hadn’t.) The amazing local band Slow Code, longtime acquaintances, invited us on a Pacific Northwest tour for the hottest week of the year in a van with no air conditioner or brakes. It was the best. We BFFed on hungover Montana river swims and waking up on the strange couches of potential serial cannibals with a taste for bassist flesh.

The signal jumped wires out of music, translated itself into a beacon strangers could hear: work colleagues; friends of friends; Mory the Uber driver who interrupted my run to argue about Kanye for two hours as Queen Anne Boulevard went purple. (We decided Life of Pablo doesn’t excuse his assholery, but the supremacy of Dark Twisted Fantasy will be decided over beers.) Old friends showed up with knives and a plan to disappear into the woods.

Even Andrew from bowling found me, and we have tentative plans to hang if I can forgive him for personally ruining literature. There are others who found me on Twitter, or heard me on the radio (thanks, Tom and whoever!). I still need to reach out to them all.

I said yes to everything. As I did, I realized grudgingly that Jenine, my bowling Balrog, was totally right: “You just have to put yourself out there.” It just took a while for her message to work its way through my cynical chitin — and my need had to overwhelm habit.

There’s an apocryphal myth that you can’t grow new brain cells, and another that you can’t make new old friends. But brain cells do regenerate in healthy adults, and similarly I’ll keep extending my friendly dendrites into Seattle’s very real chill, hoping to forge nervous connections while understanding that not all attempts will form a new node of best friends forever.

I never went to summer camp. Where I grew up, the only people who did learned a lot about Jesus and came back inviting you over to sleepovers where you couldn’t play video games. I thought I was better off catching copperheads, but secretly I wanted that summer camp you see on TV — all archery, tippy canoes, and stolen underwear.

So I’ll grow into my thaw and leave the Seattle Freeze behind, summer-camp style. I’ll stretch beyond music and see who I meet trying new hobbies I’ve always wanted to try: maybe boxing, shooting, yoga (I know, jesus), and yes, archery. Hell, maybe even bowling.