Tree-planting robots could save Northwest forests 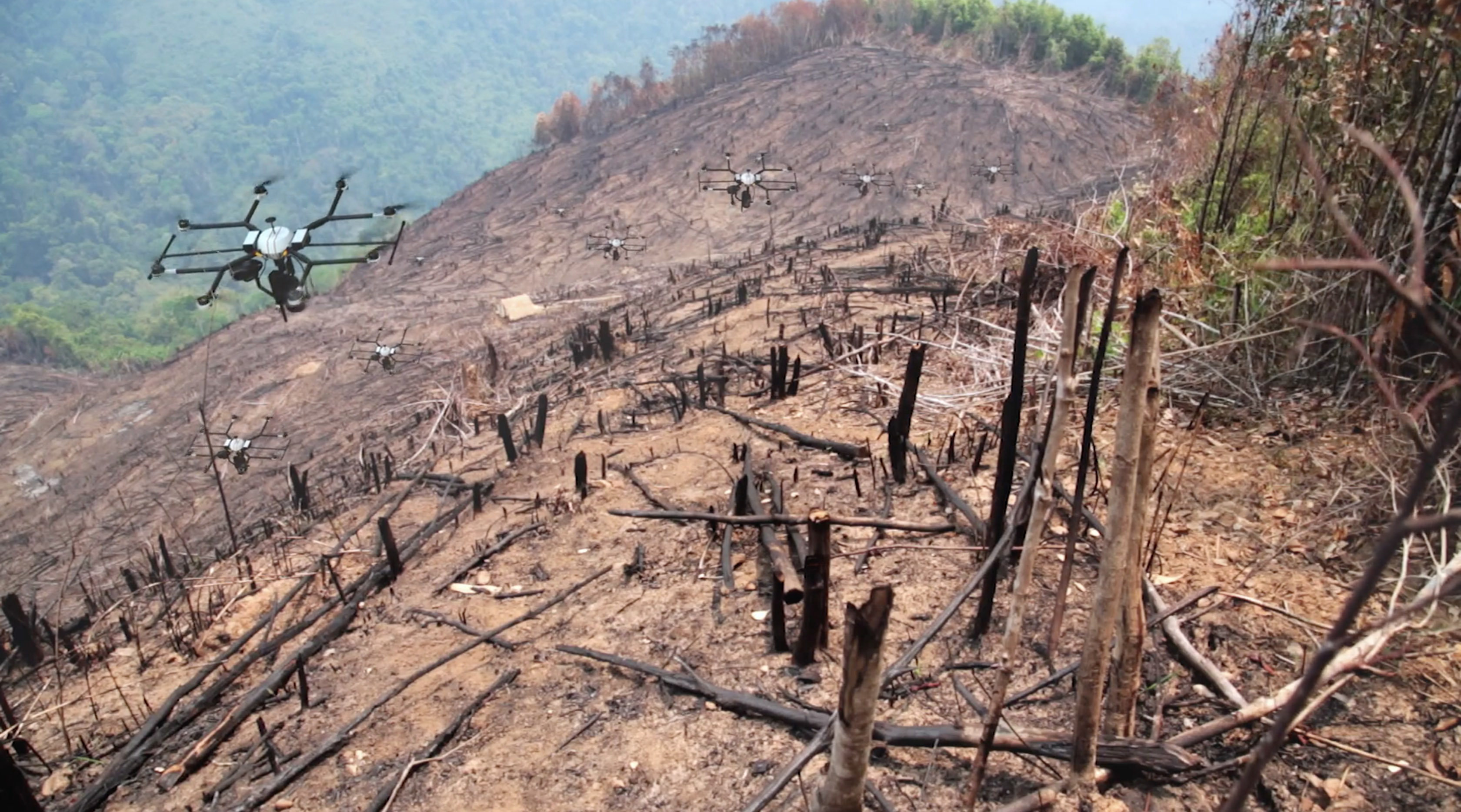 In the summer of 2015, Grant Canary, an entrepreneur with two startups under his belt who was looking for his next venture, was brainstorming ways to make a dent in carbon dioxide pollution, one of the main culprits in climate change. He mocked up idea after idea but always got the same response form his colleagues: His scheme would never pencil out as a business. “There was no customer appeal,” Canary explains.

At the end of the day, sitting at the bar, he thought to himself: “Screw it, I’ll just plant trees.”

Then he realized that actually wasn’t such a bad plan — especially if he could develop a better way to get the planting done.

Now about a year old, DroneSeed is Canary’s attempt to do just that. The Seattle and Beaverton, Oregon-based startup is developing drones for planting, caretaking and monitoring trees on a large scale. The company says it uses “precision forestry” to keep our lands green — and in doing so, to clean up our polluted atmosphere.

The four-person company is still largely in the testing phase, but they think they’ll be able to start working with environmental groups and timber companies within the next year.

Here’s how it all works: Trees do their part to mitigate climate change by absorbing carbon dioxide from the atmosphere through photosynthesis; worldwide, forests have absorbed as much as 30 percent of our annual global carbon emissions over the past few decades. Some studies show that managing forests for timber is still an effective way to store carbon if that timber replaces other, more fossil-fuel intensive materials like steel or concrete.

Currently there’s about 22 million acres of forestland in Washington State, about a third of which is privately owned and managed primarily for the purpose of producing timber or trees. Washington State requires “successful reforestation” — 190 healthy trees per acre — within three years after each harvest, so timber companies are constantly planting.

But planting and caring for trees is backbreaking labor that entails hauling 50-some pound packs up hills come rain or shine, often in 15-hour shifts, burning an average of more than twice the calories you would by running a marathon every single day. “People who plant trees are like superheroes,” Canary says.

For obvious reasons, there’s a high turnover among tree planters. But because of the kinds of terrain tree planters must work in, equipment like tractors just can’t get in there, and so there hasn’t been a good way to make the job easier. Possibly, until now.

“Drones have just gotten to the point where they’ve got the sensors, they’re lightweight enough, they’re cheap enough, they’re precise enough” to make it possible to use them for forestry, Canary says.

Before you plant trees, however, you have to clear a place for them, which is why the company’s current focus is on herbicide application. Currently this is either done using helicopters, with some pretty horrific results, or manually, which allows for more precise application, but is hard, physical labor. “We’re basically the hybrid between the two,” Canary says.

If you were to let a forest rebuild naturally, “it would take anywhere from 100 to 300 years,” Canary says, because forests go through what’s called successional stages: First pioneer species, like lichens and grasses; then small sun-loving shrubs like fireweed and huckleberry come in; finally, seedlings of the trees the timber companies are after, like Douglas fir, germinate and eventually grow to tower over the other species, dominating the forest. Herbicides speed the process up by making way for the bigger trees right off the bat.

Currently located in the University of Washington’s Startup Hall (DroneSeed moved there as a member of TechStars 2016 Seattle accelerator), the company has several drones laid out on its office tables. One of the drones is set up to demonstrate its herbicide-spraying capabilities. The about 2-foot cubed machine has arms that fold out with nozzles on each end that can spray liquid from an 11-liter container onto a GPS coordinate that’s precise within two centimeters.

While they are still working to finalize the permitting process to apply herbicides via drones, DroneSeed has conducted eight tests with several potential customers within the Pacific Northwest over the last two months, including forestry companies and the Oregon utility Clean Water Services. Using a blue liquid to demonstrate the spray patterns, they’re honing their technique to be as precise as possible for when they start using the chemicals, which they hope to do as early as this fall. (As for the drone regulations, Canary says right now their drones fall under the same jurisdiction as helicopters, but he expects those rules will be adapted down the line to accommodate the differences.)

Eventually, Canary hopes the company will actually be planting the trees, too. They’re currently working on an air gun-like system that shoots seeds into the soil at speeds on par with a BB gun.

“Globally, there are 300 million acres of deforested areas since 1990,” Canary says. From the Cascades to the Amazon, drones could go a long way toward re-greening the land.

If they can first solve the business problem, that is. “You have to have the sustainability of the business before you can go after unproven markets,” Canary says. After all, money doesn’t grow on trees.

Then again, if you plant those trees with drones … maybe, eventually it could.