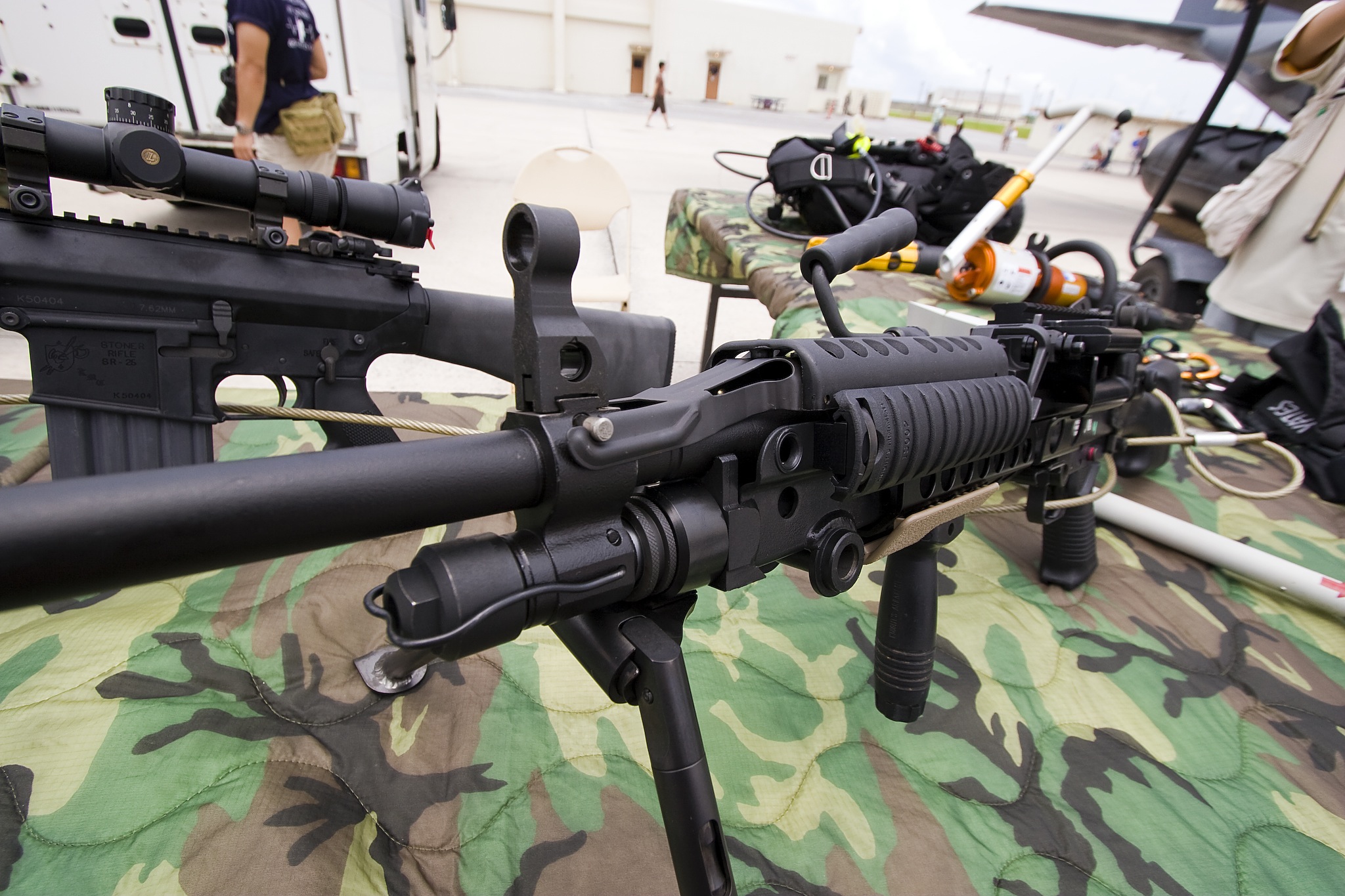 Spurred by recent mass shootings and the Supreme Court’s refusal to overturn an assault weapons ban in Connecticut, a leading gun control organization, Washington CeaseFire, is working in tandem with its Oregon counterpart, Ceasefire Oregon, to launch an effort to ban military style assault weapons and impose a limit on magazine ammunition clips.

Washington CeaseFire leaders held a press conference on Wednesday in Seattle to lay out the details of their new campaign to create a “West Coast Wall” of assault weapon bans, linking Oregon and Washington with California, where a ban is already in place.

At the press conference, state Sen. David Frockt, D-Seattle, spoke of the shooting in Orlando, Florida, where a man with an assault rifle opened fire on a nightclub, the single worst mass shooting in recent American history. Frockt added that there were actually four other shootings that weekend, and that the death toll of such incidents has risen well over 100 victims this year and at least 350 since the tragic December 2012 shooting at Sandy Hook Elementary School where 20 children, 6 and 7 years old, as well as six staff members, were shot and killed.

On Saturday, just three days after the press conference, a gunman opened fire on a house party in Mukilteo, Washington, killing three people. 19-year-old Allen Ivanov, who was detained by police just hours after the attack, allegedly used an AR-15 semi-automatic rifle he bought just a week prior.

“Newtown, Orlando, Aurora, San Bernardino, Roseberg and now Dallas,” Frockt said at the press conference. “After every new incident we build tributes of flowers and candles in our communities, around the country, to commemorate those who were lost. We are moved, we are touched, and we shake our heads and shed a tear, but nothing ever happens.”

With Congress gridlocked on the issue, this is the latest in a series of efforts to reduce gun violence at the state level. In 2014, Washington voters enacted Initiative 594, which requires universal background checks on gun purchases. Initiative I-1491, which just qualified for the ballot this fall, aims to give family members and police new tools to obtain court orders to prevent people deemed to be at risk of harming themselves or others from buying or keeping a gun.

Assault weapons are banned in seven states, but not Washington and Oregon. In addition, open carry is legal in Washington without a permit or prior training. The Supreme Court’s refusal in June to consider a challenge to a Connecticut ban of semi-automatic assault weapons provided supporters with renewed optimism.

According to Ralph Fascitelli, board president of Washington CeaseFire, the decision proves that a ban on assault weapons doesn’t violate anybody’s Second Amendment rights. Supporters of the ban believe that, in a liberal bastion like Washington — where gay marriage and recreational marijuana won early approval — people will most likely support modest steps to reduce gun violence.

Washington CeaseFire recently conducted its own poll to get a better grasp on what support they have in Washington and Oregon, where a sample of 310 adults was interviewed. According to the results of the poll, which had a 5.6 percent margin of error, 65 percent of Washington and Oregon adults want a ban on assault weapons and 63 percent want a ban on high capacity ammunition magazine clips. Additionally, 43 percent of respondents with firearms present in their home gave strong support to both the ban and ammunition limit. By a 9-to-1 margin, Democrats favored a ban on assault weapons and are more likely to vote for a candidate who supports it.

As part of the campaign, CeaseFire will reach out to the community with petitions and community events meant to educate the public on ways gun violence can be reduced. Along with the assault weapon ban and a 10-bullet limit for individual ammunition clips, they believe technology is important as well. Washington Ceasefire board members will lead the national push for "smart guns" — weapons that can only be used by authorized individuals — later this week at the Smart Gun Symposium in New York City.

“Guns increase the number of people that can be killed,” Fascitelli said. “We want to make sure the gun violence issue, and particularly the assault weapons ban, is a central element of local and state elections here. Candidates need to stand up for this ban.”

CeaseFire supporters have expressed frustration about inaction in the Legislature, where a key state Senate chair, Mike Padden, has blocked a number of bills (his office did not respond to a request for an interview Friday). An initiative to the Legislature is in the works that would give lawmakers the option to approve the assault weapon ban or substitute a measure of its own. If the Legislature does nothing, or decides on a substitute, voters would make the final call in November 2017, assuming the petition drive gets enough signatures to force the issue.

Some gun-control opponents questioned the representativeness of the polling sample, noting the relatively low number of people asked about a possible assault weapons ban.

Dave Workman of the Bellevue-based Second Amendment Foundation said, "It is very dangerous to put anybody's civil rights up to a vote." He questioned the value of gun control measures in fighting crime, noting that crime rates have been falling at a time of increased ownership of guns and generally widening court interpretation of rights under the Second Amendment.

He said the whole area of gun ownership as a civil rights is in the midst of a long-term development in legal thinking. About Ceasefire's view of the constitutionality of an assault weapons ban, he said, "I don't know that anybody has placed them in charge of what is constitutional."

Fascitelli, the father of a gay son and the brother of a gay sister, says he couldn’t help but imagine losing his family in a mass shooting after the tragic shooting in Orlando. CeaseFire’s goal is to reduce gun violence in Washington by as much as 50 percent, which he believes can be done in the next five years. He points to a similar reduction in drunken-driving fatalities after activists mobilized through Mothers Against Drunk Driving.

Fascitelli tried at the press conference to dispel the notion that America is a violent country. He said that the frequency of rape, burglary, and other violent crimes are the same here as in any other country, adding that the U.S. is no more violent than other British-settled “frontier” nations like Canada, Australia or New Zealand.

“What we are is a more lethal society,” he said. “Our acts of violence are more likely to turn into tallies of murder or homicide or lethality or suicide. We're a lethal society but we're not more violent, and that's because of the presence of guns. Guns enable human intent to cross over from mere harm to significant damage and often lethality.”

Ceasefire says the assault weapons ban and a limit on the size of ammunition clips can play a role in lowering fatalities. Research by Everytown for Gun Safety showed that when high capacity weapons are used in mass shootings, on average, 13.3 people are shot, which is 155 percent higher than the average of 5.2 in other mass shootings.