The fight for the tough job running state schools 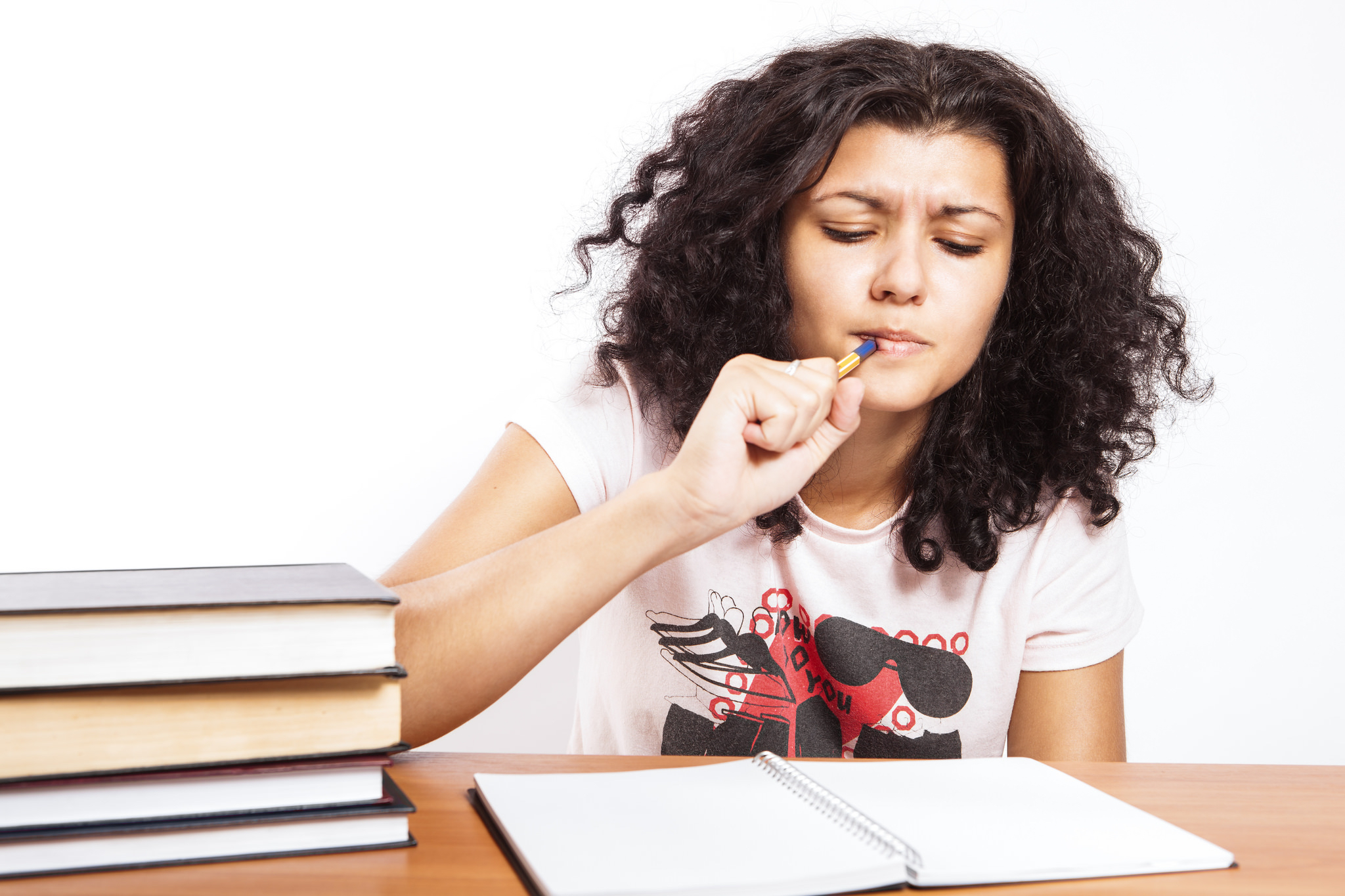 Students and their leaders have a lot to figure out.

It seemed like a scenario that would create news headlines so big that they would force action in Olympia.

A Washington Supreme Court ruling that the state's own Legislature was illegally underfunding education. Back-to-back legislative overtime sessions, year after year, without a fix. The same court eventually finding the Legislature in contempt for inaction, and fining it $100,000 a day. The same Legislature ignoring the court, and letting tens of millions in fines rack up.

Instead of action, though, a kind of numbness has settled in: The state is failing its students, and no one seems able to do anything about it.

That’s the stage onto which the new Superintendent of Public Instruction — the head of Washington’s schools — will step next year, as current superintendent Randy Dorn decided against running for re-election.

The ruling was the 2012 McCleary decision, where the court found the state had underfunded schools so badly that they were forced to use local property taxes to make up for state funds. As a result, schools have wildly varying resources for educating their students, violating the state constitution's requirement for ample funding of all schools. The contempt order came in 2015, and this year the Legislature passed a bill promising to measure the McCleary hole — conservative estimates put it at about $3 billion — and fill it up in 2017, a goal many expect will produce one of the toughest legislative sessions yet.

As the only statewide nonpartisan office, the position is a unique one. Charged with serving students and overseeing the organization of the state’s more than 2,000 schools, the position has a straightforward administrative element. But with an office blocks from the capitol campus in Olympia, the mission of serving students has evolved to include serving them in the Legislature as well, where Dorn and his predecessors have frequently been called — or inserted themselves — to speak on kids’ behalf.

In recent years, however, the uniqueness of the role has often translated into unique difficulty. That’s because Republicans mostly say the $3 billion in new school money needs to come from “efficiencies” — often a codeword for cuts to other programs — while Democrats say it will take new taxes. As a result, the current schools chief Dorn has often been publicly caught between two sides who appear to fiercely resist compromise, left to try and build bridges with legislators while at the same time forcing them to acknowledge the size and immediacy of the problem.

Three candidates have drawn the most attention in the race: Erin Jones, an administrator who has worked at the state and local level on diversity and equity in education, including as a staff director at the Superintendent’s office itself; Robin Fleming, who currently heads up the nurse corps in the same office; and state Rep. Chris Reykdal, D-Tumwater, who is giving up his legislative seat to run for the position.

The other candidates for the post, which will pay $134,212 next year, are John Patterson Blair, a former Vashon School Board member; Ron Higgins, a certificated math teacher who lost to Dorn in 2012; Grazyna Prouty, who has taught students at all levels, including college; educator and environmental historian Al Runte; educator KumRoon (Mr. Mak) Maksirisombat; and David Spring, who has written a book about control of public schools and leads Opt Out Washington, an organization opposed to excessive testing of students.

Each of the three highest-profile candidates takes a significantly different approach.

Reykdal is a former teacher who studied public administration and sat on three education committees in the Legislature, including most recently as vice chair of the House Education Committee. His focus, he says, is data and efficiency, and finding ways to improve the effectiveness of existing funds by giving especially the state’s rural districts access to tailored data and research from state administrators. Reykdal also cited micromanagement as a problem in the state, and said he would make it a priority to shift the agency’s role with school districts to a more supportive, less intrusively regulatory one.

Jones, a former assistant superintendent at the state superintendent’s office itself, takes an approach more focused on equity and inclusion. With a professional emphasis in those subjects dating back nearly a decade, Jones explains her approach as being one rooted in creating a system that works for and is accessible to students from all backgrounds.

Fleming is a nurse who developed health and career programs for immigrant students on a grant from the Robert Wood Jones Foundation before taking a position overseeing all school nurses in the state, also working in the state superintendent’s office.

Of the three, Fleming takes perhaps the least expected approach: In an interview this week she pointed to health problems as a major barrier for students, and said those concerns would make up a major focus of her tenure. With a third of students facing diagnosed health conditions, and more by her estimate likely going undiagnosed, Fleming said, illness of different types amounts to a widely experienced roadblock to learning.

“It doesn’t matter how small the class sizes are if the kids aren’t healthy,” Fleming said.

Jones, however, makes the case that she’s ready for tackling another, more widely-acknowledged problem — the state’s persistent opportunity gap, which sees many students of color and students from lower income neighborhoods faring less well.

After taking up the issue in 2009, the Legislature this year finally passed a package of reforms aimed at increasing cultural competency, ending year-long suspensions which disproportionately affected youth of color, and beginning a comprehensive data-gathering effort focused on the role of race and ethnicity in education. After working as a teacher, in 2008 Jones was on a state committee that created the legislation.

“It's one of the reasons I got into education,” Jones says of the challenge presented by the opportunity gap.

Later, Jones became head of the Center for Improving Student Learning at the agency, where she oversaw the implementation of cultural competency training across the state. She moved up again, becoming the assistant superintendent for student achievement, a cabinet-level post in the agency she now seeks to head, before leaving to work on diversity and student success initiatives in Federal Way and Tacoma.

One major challenge for the new superintendent may simply be escaping the long shadow of their predecessor, Dorn. Known in Olympia as an unapologetic bulldog, Dorn last month solidified his reputation by filing a suit that, if successful, would force the Legislature to either fill the budget hole immediately or let schools close.

Asked about their plans and style, all three candidates emphasized working in harmony with the Legislature: on new plans, programs to boost achievement, and ways to build bridges with lawmakers. Asked what they would do if faced with the kind of uncooperative, combative climate seen in some recent years, all three paused. Then each went a separate direction.

Reykdal and Fleming both sketched out a role for themselves that would be lighter on forceful persuasion. Instead, Reykdal said he was confident that public pressure and a firm deadline would move legislators. Fleming was less confident, but at something of a loss as to what her role might be. “The fact that they’re being fined $100,000 a day, if that doesn’t work, I don’t know what will,” she said.

Jones said she thought legislators would listen better to parents, and that along with putting herself in front of lawmakers, she would create an official channel for reaching out to families, especially ones who have been marginalized, and bringing them directly to Olympia.

The race is a hard one to call. Jones seems to have the edge, with prescriptions targeted at problems real enough that even Washington’s divided Legislature has acknowledged them with significant legislation. Still, Reykdal has direct experience with the Legislature, specifically on schools' issues, and Fleming’s health-related proposals carry an intuitive appeal of their own.

In the end, embodying some of Dorn’s qualities may prove a necessity for whoever wins the office, and along with it key role in a contentious session where both Republicans and Democrats will have to make deep compromises.

Asked what was waiting for his replacement, Dorn cut to the chase.

“My first three or four years we worked with the Legislature, we encouraged them, we gave them our ideas," Dorn said. "I went up on the hill and talked to all 147 of them. Now I think we’re beyond that. I think we’re at a critical stage — and you’ve got to swing the bat.”