This week, just in time for the first gubernatorial debate, Bryant finally announced that he does not support Trump. 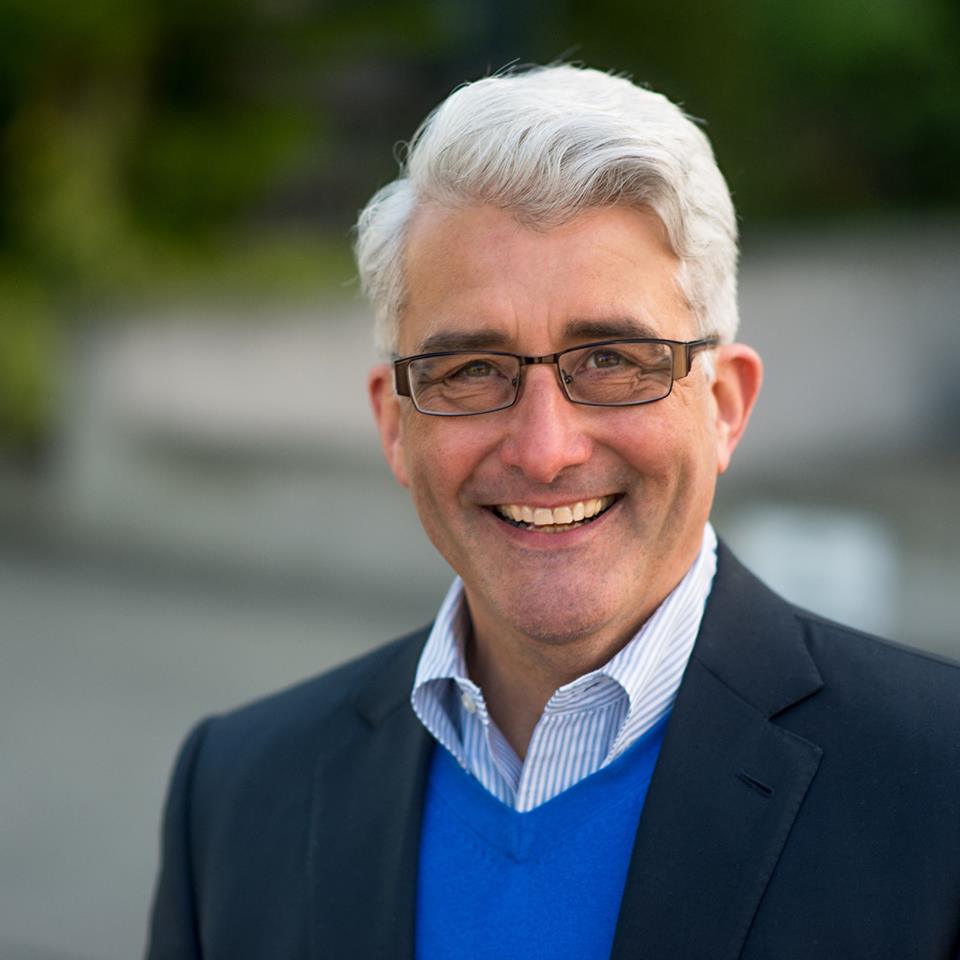 Bill Bryant had to do something.

The Washington governor’s race was stuck, locked in place, with nothing to alter the fact that Gov. Jay Inslee looked like an easy general election winner. Democrat Inslee, with his own middling approval ratings, won 49 percent of the Aug. 2 primary vote, leaving Republican Bryant a daunting 11 points behind.

If you know nothing else about Bryant, and most people don’t, you're probably aware that he clung for months to the absurd idea that he need not tell voters whether he supports Crazy Donald Trump (just playing along, Donald!), the Republican at the top of the ticket. It’s not relevant to the race, Bryant awkwardly said many times, except that it was all anybody was talking about.

This week, in time for the first debate, Bryant finally announced that he does not support Trump. His main reason: Trump's attack on the Khan military family. Bryant lost a cousin who served in Vietnam.

He was quick to say that he doesn't support Trump's opponent, Hillary Clinton, either. Nonetheless, it was a smart move in a state where Trump has 24 percent support, according to the latest Elway Poll. Not to mention that Washington has a sizable military population.

Bucking your own party is never easy, so Bryant deserves credit for coming to this conclusion. But he's hardly a profile in courage. Others have gone where he was too timid to go. Last week, U.S. Rep. Dave Reichert, Republican from Washington’s 8th District, joined U.S. Senate candidate Chris Vance, the Republican challenging popular incumbent Sen. Patty Murray, and every other thinking Republican in the state in denouncing Trump.

Reichert said he lives by certain principles he taught to his children and couldn’t allow himself to endorse Trump.

In Bryant's case, the timing smacks of a political calculation. He surely knows that the nonpartisan Cook Political Report, the bible in such matters, last Friday moved the Washington governor’s race rating from a “likely” Democratic victory to a “solid” Democratic win. The money people watch these kinds of things, and if a candidate is deemed a loser, they pretty much zip their wallets and take their campaign dollars elsewhere.

The question now becomes whether Bryant is too late, whether voters will see him as more cagey than transparent, more political than bold.

Think about it. One of the strongest Republican gubernatorial candidates in years, Rob McKenna, state attorney general at the time, won 43 percent of the vote in the 2012 primary to Inslee’s 47 percent. McKenna had five points more than Bryant in the primary and still lost. Each candidate added roughly five points by the general election, with Inslee at 51.5 percent and McKenna at 48.5 percent.

This state, especially with a boatload of liberal-leaning measures on the November ballot, such as a statewide minimum wage and gun control, is unlikely to vote for a Republican, unless the candidate makes clear that he or she is a different kind of Republican.

In my mind, McKenna should have endorsed gay marriage, which was on the ballot with him — or he could have come out in favor of legalized recreational pot, also on the same ballot. He wouldn’t do either.

Bryant, the former Seattle port commissioner, is plenty moderate. He supports solid investment in education and a cleaner Puget Sound. And the argument for a change of leadership after 32 years of Democratic rule in the governor’s mansion could be compelling. But only if the candidate is savvy enough to make it so.

Bryant knows the race is stuck, and he is trying to shake it up. What other than Trump could change the story line? It seems late, in that assessments of various gubernatorial races have been made, but at least things are moving a little, and Bryant ends up on the right side of history.

And one more thing: He won’t have to fumble and stumble in the debates with people asking the same question over and over again. That is, unless the question simply changes from Will you dump Trump? to Commissioner, what took you so long?