Going against the grain: The 2016 Courage Awards finalists 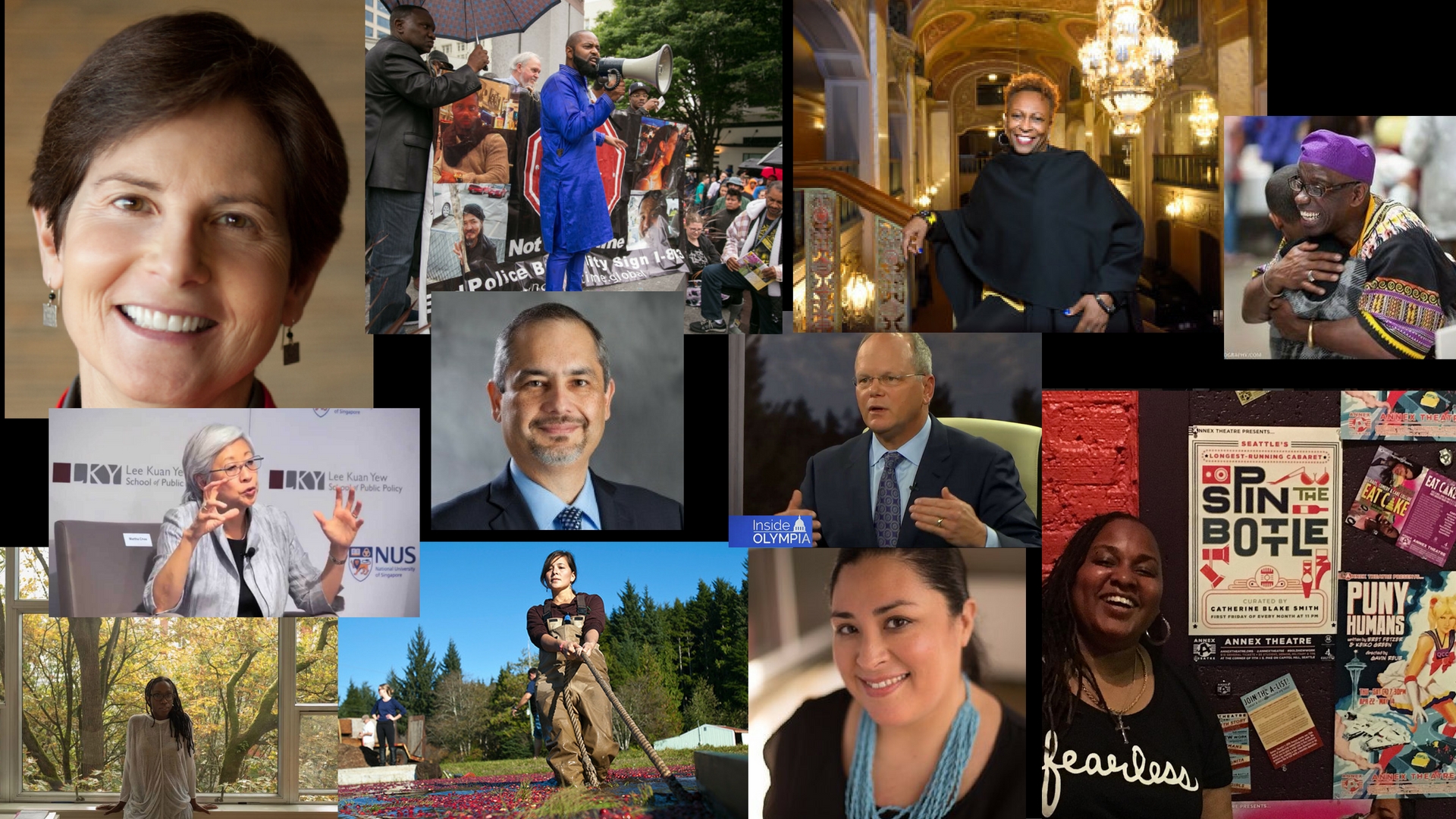 What do an organic cranberry farmer, a police reform advocate, and a thousands-strong organization that fought to save a community radio station all have in common? They're all finalists for a 2016 Crosscut Courage Awards.

This summer, Crosscut’s community of members and readers, nominated 60 people for Courage Awards, our annual honors for civic, business, and cultural pioneers. In late August, we convened a council of local luminaries, who whittled that list down to 14 finalists, who you will find below.

These individuals (and one organization) refuse to accept the status quo, and while they may face a climate of intolerance and polarization, they approach their work with civility and openness. Some of them labor in relative silence. Others find themselves at the center of controversy. All are noteworthy for their unflagging energy in fighting for what they believe is right.

Only four of these nominees will be honored at the Crosscut Courage Awards Breakfast on October 14, an event which brings together civic, business, and cultural leaders each year to honor those that make Washington an exceptional place to call home. Individual tickets as well as tables are available now for reservations. We made it easy with the ticket form below.

The breakfast will include a keynote by best-selling author and Harvard visiting fellow Qasim Rashid, Rashid’s latest book, #TalkToMe: Changing the Narrative on Race, Religion, & Education, is a non-fiction memoir on how the power of dialogue can overcome racism, xenophobia, intolerance, and violence. That will be followed by a moderated discussion with former SPD Chief Norm Stamper and Crosscut staff reporter David Kroman on the role of trust, community, and communication in Seattle police reform.

The finalists are below. Stay tuned for an announcement of the winners, and profiles of each, in the coming weeks.

Finalists for the Courage in Public Service Award

Finalists for the Courage in Culture Award

Friends of KPLU, raised $8 million in less than six months to save the public radio station from a purchase by the University of Washington

Sharon Williams, storyteller and executive director at the Central District Forum for Arts and Ideas

Finalists for the Courage in Business Award

Richard Romero, CEO of Seattle Metropolitan Credit Union, who has reached out to immigrants and other underserved populations

Finalists for the Lifetime Achievement Award

Dan Satterberg, King County Prosecuting Attorney and creator of the 180 Program, which now diverts approximately 400 youth each year from the criminal justice system