Audio: A mother on saving other families from drug deaths 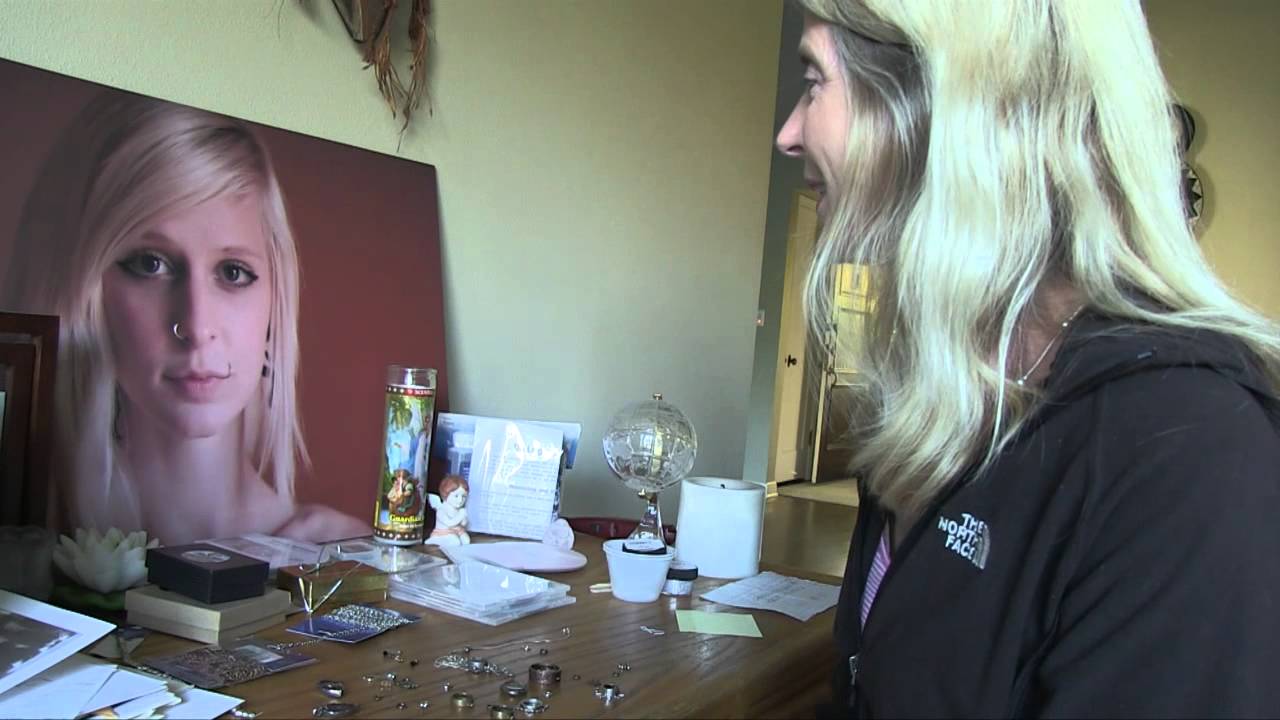 Penny LeGate is one of the 32 members of the Heroin and Opioid Addition Task Force. In 2012, she lost her 19-year-old daughter Marah Williams to a heroin overdose.

She sat down to talk about the task force recommendations and the need to view heroin and opioid addiction as a serious public health crisis.

Details about the report are in an article from Crosscut's David Kroman, "Moralizing is out, safe drug consumption sites are in":

King County’s vocabulary around opioid use is not what it used to be. What was once seen as a moral lapse is slowly being reframed as what it actually is: a public health crisis.

This shift has never been made more real than in a meeting at Harborview medical center Thursday. There, a staggeringly diverse group of community representatives presented recommendations for how to address King County’s opioid epidemic, a growing problem that has seeped into nearly every silo of poverty and criminal justice.

The task force was convened in March by King County Executive Dow Constantine with Seattle Mayor Ed Murray, Auburn Mayor Nancy Backus and Renton Mayor Denis Law. Thursday, it seemed to unanimously commit to ditching the language of the War on Drugs — no mention of “getting tough” here — in favor of calling heroin use a “disorder” or a “medical condition.”

“This is a medical condition that in large part is made worse by stigma,” said Dr. Charissa Fontinos of Swedish Medical center.

Indeed, the hope is that as the crippling reality of addiction goes through a chrysalis of language, the problem will be addressed head on.

“The most powerful message is the power of speaking up, the power of talking, the power of conversation,” said task force co-chair Brad Finegood, Assistant Director of Behavioral Health and Recovery at King County Department of Community and Human Services.

The task force’s recommendations range from no-brainer to groundbreaking and, potentially, highly controversial. Although Mayor Murray emphasized expanded treatment options as the most important recommendation, it will inevitably be the call for supervised drug injection sites that will stir the pot and garner the headlines.

At the start, the task force recommends establishing two safe injection sites, referred to as Community Health Engagement Locations (CHEL sites). At least one of those would be located outside of Seattle.

The idea is taken from similar sites in Europe and, closer to home, in Vancouver, BC. The idea is that people will use heroin one way or the other. So if the city or county provides a supervised place to do it, overdose deaths and the transmission of hepatitis or HIV would decrease.

In Vancouver, the results have been encouraging. While nearly 5,000 overdoses have occurred there since 2003, the ready help has meant nobody has died on the premises of an injection site. Further, there is scant evidence that the site has lead to any kind of increase in heroin use.

However, here will almost certainly be pushback from neighborhoods to the idea, similar to the resistance to homeless encampments in certain parts of town. Perhaps more significantly is how the federal government will respond. In Canada, the Supreme Court gave the okay to the Vancouver site, but nothing of the sort has happened in the U.S.

“For us, it’s wait and see,” said Dr. Jeff Duchin of King County Public Health and a committee co-chair. “We’re encouraged by the way they’ve handled marijuana and we’re encouraged by the fact that in both the White House and in the congress right now, the issue of opiate overdose and addiction is a priority….We’re optimistic that they will see the state as a laboratory of innovation and they let us move forward.”

The results of this November’s presidential election may dictate how hands on the feds will or will not be.

Shilo Murphy of the People’s Harm Reduction Alliance, a needle exchange site in the University District, has overdosed seven times himself. He says he’s seen hundreds of overdoses and has lost many of his friends. He put the injection sites in frank terms.

“Here’s the simple thing,” he said. “We have to make a decision. Do we want people to die of overdose? Do we want chronic drug addiction on our streets? Do we want the drug dealers to run the show? Or, as a community, do we want to find a King County solution to King County problems? Are we going to listen to the feds tell us how our community should be run?”

None of the four political executives who called together the task force expressly endorsed injection sites, but came close.

“If this is a strategy that saves lives, if there are people who are going to die if we don’t do this, then regardless of the political discomfort, this is something we must move forward on,” said Constantine.

Injection sites are certainly the most daring proposal, but it is arguably expanded treatment of opioid users that could have the biggest impact. A huge point of emphasis in shifting the language around drug use is that, by discussing it as a medical condition, more standard methods of treatment follow. You treat an infection with penicillin; addiction, it follows, can also have an antidote.

The closest thing to a silver bullet is buprenorphine, a daily prescription medicine that suppresses cravings and withdrawal symptoms. While methadone is still a viable option, some heroin users complain that it leaves them feeling hazy. And unlike buprenorphine, you can’t take it home; methadone clinics require daily visits.

“There are very few prescriptions I can write that are as powerful” as medicine assisted treatment for opiates, says Fontinos. “By writing a prescription for someone who is struggling…I can reduce deaths by 50 percent.”

But doctors have to jump through hoops to obtain a waiver to prescribe the medication. Mid-level medical professionals like nurse practitioners have not historically been able to prescribe buprenorphine and there have been caps on the number of patients a prescriber can take. The TREAT Act proposed in U.S. Congress could change these caps.

According to Fontinos, there are about 8,000 prescribers of buprenorphine across the state, but many of them only take a patient or two. She hasn’t done the math, but believes the barriers to prescribing the drug create a ceiling for the number of people who can get it in King County.

In an ideal world, based on the system in San Francisco and one Councilmember Sally Bagshaw has advocated for, buprenorphine clinics are part of the whole system of homeless services and shelters. In the best case scenario, they would work in tandem with 24-hour shelters such as the Navigation Center proposed by Murray earlier this year.

There are still barriers at both the state and federal levels. Finegood said that the state’s RCW is written in a way that still tends to punish drug users. And while there is optimism for changes at the federal level, those obstructions haven’t fallen yet.

Still, said Fontinos, opening up the conversation in the medical world, convincing more doctors to lose their own stigma of addiction and obtain the waiver could create a much more open market for the treatment, even if it’s not an end-all fix.

The most obvious, although no less significant, recommendations come out of the prevention umbrella. In addition to providing more education on opioid use and overdose, the task force pushes for better standards for storing prescription drugs.

A huge number of heroin users started on OxyContin or other prescription opiates, and many obtained the drugs from other people in their own home. By working with pharmacies and public health departments to take back unused drugs, the hope is to prevent addictions before they start.

These are all just recommendations. The next step is political. Addressing the politicians in the room, Murphy delivered a blunt message.

While Renton, Seattle and Auburn were politically represented Thursday, that leaves a huge number of cities who haven’t weighed in. Constantine expressed hope that King County would not Swiss cheese its solutions to the epidemic.

“I think we’re going to see networks of cities and counties working together,” he said.

A lot of task forces pass through these parts, often marked by rifts and tension between people who are used to sitting on opposite ends of the spectrum. But Thursday showed impressive unity. “We’ve gone from a bunch of cops sitting around a table fighting heroin…to a group a like this,” said King County Sheriff John Urquhart, pointing to the people behind him.