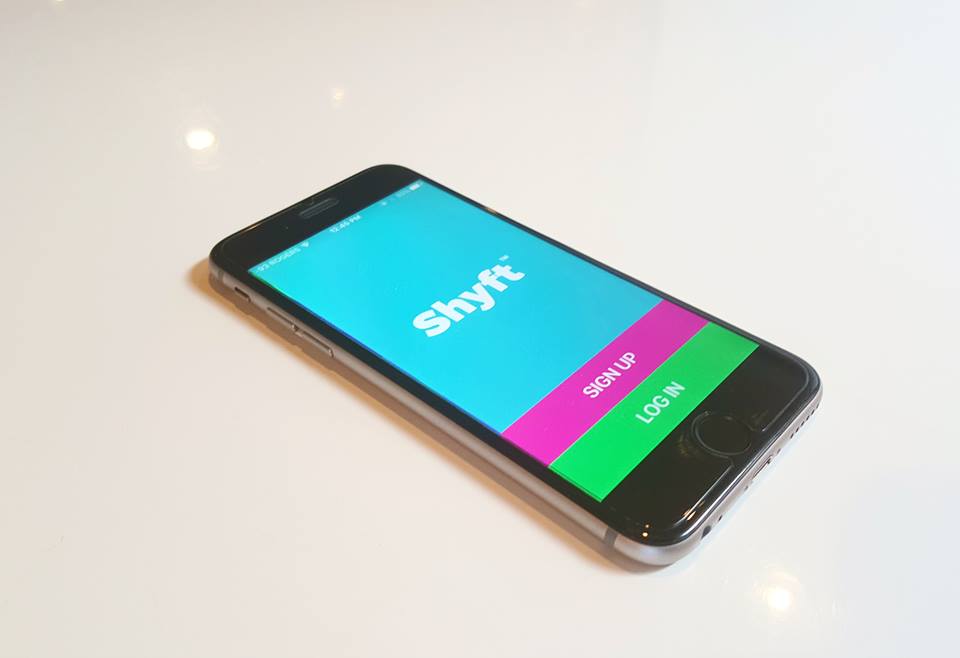 Earlier this month, Seattle became the second U.S. city to pass “Secure Scheduling” legislation, regulating how employers communicate with their employees in order to help make workers’ schedules and incomes more stable and predictable. Among other things, the ordinance will require large companies like Starbucks to schedule shifts at least two weeks in advance and to compensate employees if their bosses make last-minute changes.

Following on the heels of the city's adoption of a $15 minimum wage, it cements Seattle's reputation as a leader on workers' rights.

But one of the perks of working at a place like Starbucks is flexibility. And while the legislation is intended to make schedules more predictable, it doesn’t impact flexibility when the desired changes come from the employees themselves; workers can still coordinate amongst themselves to add or pick up shifts as needed. And Shyft, a new startup headquartered in Seattle’s University District, wants to further empower employees by making those shift swaps easier.

Let’s say a barista wants to go to his niece’s birthday party, but he is currently scheduled to work. One of his coworkers wants some extra hours this month to save for her upcoming trip. Person A posts to his store’s feed on Shyft that he’s looking for someone to cover him; person B uses the app to picks that up; a manager approves the swap, and the master schedule is updated accordingly.

Shyft puts more of the scheduling power into the employees’ own hands. 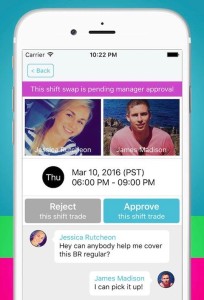 Founder Brett Patrontasch launched Shyft in Toronto a year ago, and moved to Seattle in early 2016 when the company was accepted into Techstars, a U District-based accelerator program.

The fact that the company’s growth coincides with Seattle’s secure scheduling movement is a happy coincidence: Patrontasch actually began the venture with the corporations in mind, not their workers.

“My first take … was to build a product that would help national brands communicate with their frontline workers on mobile,” Patrontasch told SeattleMet. “Like, let’s help McDonald’s send push notifications so that they can tell [employees] to smile at the customer or to sell a limited-time offer.”

But Patrontasch realized that he had been looking at the technology upside down. And so Shyft began, as a technology that could go hand-in-hand with secure scheduling to make life easier for workers. “This gives shift workers the power to treat themselves like an economic unit and not be boxed in,” Shyft investor Heather Redman told Bloomberg.

It’s like freecycle or a "buy nothing" group, only instead of offloading your old junk, you’re handing off work hours to someone who will make better use of them. It’s the “sharing economy” come to the hourly workforce, and just in time: As of 2014, 77.2 million U.S. workers, almost 60 percent of the workforce, were doing hourly or shift work, according to the federal Bureau of Labor Statistics.

Nationwide, Shyft says it has signed up 12,000 workers at Starbucks, 7,500 at McDonald’s and more than 3,500 at Old Navy. Here in Seattle, the Shyft channel for the Starbucks at Pike’s Place has 24 members, but it’s still unclear how much the app is being used in here at this point. (In the time since I signed up for the Pike Place channel two days ago, I’ve yet to see any employees actually post shift swap requests.)

Even while Starbucks spokesperson Linda Mills told Bloomberg that the company would prefer to have it’s employees work directly with their store managers to make changes, rather than outside technology, Shyft isn’t the only company to see the need for an app like this. Possible Shyft rivals include Shift Messenger and Microsoft’s Project Sonoma.

Of course, the success of any of these apps depends on whether workers decide to use them. Want to to be able to dump your shift when a doctor’s appointment pops up, or to add more hours when the budget is feeling tight? You better hope you've got a passel of coworkers waiting in the wings. Otherwise, like it or not, you're stuck working that shift.