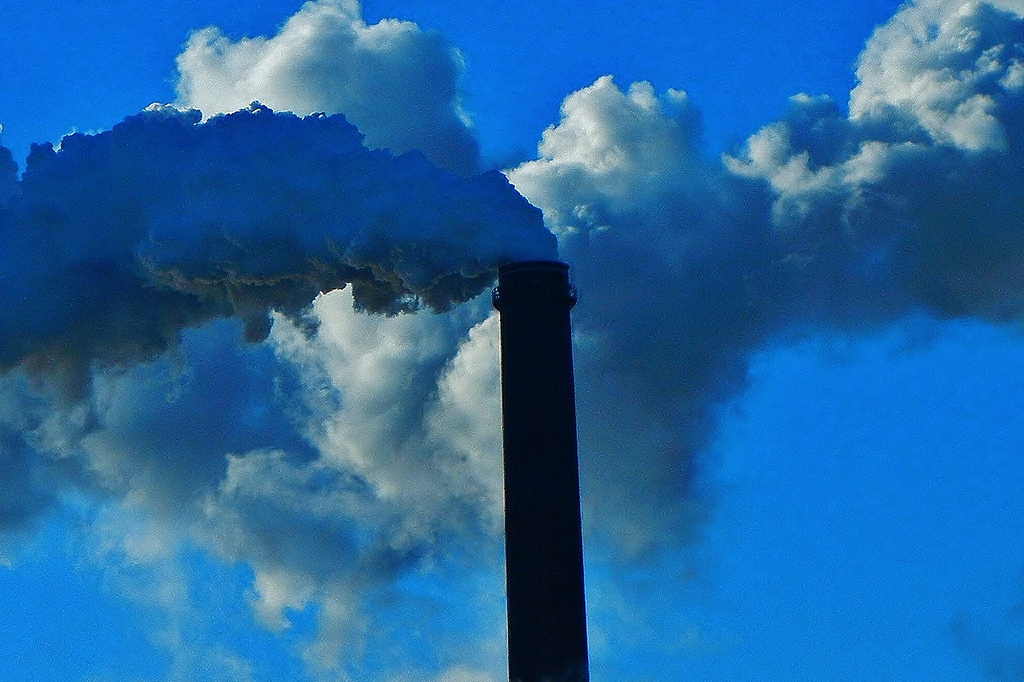 In December, Yoram Bauman had a crisis of confidence. The economist and stand-up comedian, having led a successful effort to collect more than 350,000 signatures to qualify a policy proposal for the November 2016 ballot, wasn’t sure if he should turn them in. “I think it’s fair to say that we’re on the fence,” he wrote in an email to supporters.

The ballot measure in question, Initiative 732, would impose a tax on fossil fuels used or sold in Washington — and on the electricity generated from these fuels — in an effort to reduce the state’s carbon emissions. In simple parlance, I-732 is a carbon tax. But having collected all of the necessary signatures to put it on the ballot, Bauman and his colleagues at the nonprofit Carbon Washington were unsure of their ability to convince voters to pass it.

They ultimately decided to go forward with the initiative. Nine months later, though, it's the voting public that's on the fence. Recent polling shows I-732 trailing, or only leading by a slim margin, and many voters still haven't made up their minds.

“That leaves our task right in front of us,” says Kyle Murphy, co-director of the Yes On I-732 campaign. Murphy told Crosscut that the team is proceeding with a sense of “cautious optimism.”

The Evergreen State is the kind of place where an environmental initiative like I-732 should pass faster than you can say “mandatory compost.” Carbon-tax fan Bernie Sanders beat out Hillary Clinton 74-to-27 delegates in the state caucus. But the initiative wasn’t written for the Sandernistas — and its fiscally conservative nature may have ended up alienating the very people most likely to support it: environmentalists.

Generally speaking, environmentalists support the idea of putting a price on carbon because it would help account for the harmful effects of carbon emissions on the climate and encourage the economy to shift away from fossil fuels. A carbon tax is more or less the holy grail of pricing mechanisms. Green-minded folks’ problem is with this initiative in particular.

Specifically, opponents of I-732 take issue with the way that the revenue generated by the policy will be distributed. The money collected from the tax would be used to reduce the state sales tax by 1 percent. Additionally, manufacturers would see a reduction in their business and occupation tax, and qualifying low-income families would see a bump-up of Washington’s version of the federal Earned Income Tax Credit. This “revenue-neutral” approach mirrors a similar policy that’s been in place in British Columbia since 2008.

I-732 opponents argue that a more progressive carbon tax would see revenues reinvested in, say, clean energy programs or aid for those most affected by polluting industries or spurned by a transition away from fossil fuels. The Sierra Club, which took a “does not support” position on I-732 in April, claims that the initiative “does not meet key tests for an effective and equitable climate policy.” Sierra Club members were part of the initial signature-collection effort for the initiative.

Making matters even harder for Carbon Washington is the fact that, while the revenue-neutral nature of I-732 should theoretically appeal to Republicans and business interests, polling data suggest the initiative hasn’t taken root in these communities.

Bauman told the New York Times late last year that “the path to climate action is through the Republican Party.” But Andrew Villeneuve, executive director of the Northwest Progressive Institute (NPI), says I-732 has only received a few key Republican endorsements. That’s left the campaign “chasing after voters who are hostile to taking action on the climate and alienating their own base,” Villeneuve told Crosscut. “If I was trying to design a winning initiative, that is the exact opposite way that I’d go about doing it.”

NPI — which, it’s worth noting, openly opposes I-732 — conducted a poll in July that showed the initiative heading into the summer with a “bare majority” in support: 52 percent Yes, 39 percent No, 8 percent Not Sure. The poll paints a rosier picture than other research on the initiative, but the story is still one of uncertainty. “Carbon Washington doesn’t have a lot of room for error here,” says Villeneuve. “If they lose a few percentage points, they are now underwater.”

Several other twists in state and national politics will help determine I-732’s destiny. Republican voter turnout, for example, could be lower in November due to a certain Trumpian disillusionment. For the carbon tax, that’s a bit of a wildcard. Lower Republican turnout could mean that voters who might be inclined to vote against the initiative will stay home. It could also mean that those Republicans who are excited about the idea and other down-ballot races are those who show up.

Murphy, with Carbon Washington, says that between now and November, the group will focus its campaign on strong liberals, moderates in both parties who might see “I-732 as a pragmatic first step,” and the youngins. Young voters in particular are “much more likely to turn out in (a presidential) election year, and they overwhelmingly support taking action on climate,” he says.

Internal Yes on I-732 data show that “the more voters learn about our policy, even just the basics, the more they like it,” says Murphy. He rejects the logic that the policy was crafted wholly to appeal to conservative interests, and instead argues that its revenue neutrality stems from a desire for economic fairness and simplicity — and to ensure taxes aren’t being increased on low-income families.

“We don't need to twist the arm of climate deniers,” says Murphy. “We need to explain our policy to voters who already care about climate change and the environment.” Republican appeal is “a side dish that comes with it.”

It’s unclear whether that side dish is even on the menu. Other external polling — that is, outside of NPI — has revealed only tepid support among conservatives. “Republicans are genetically inclined to be against it because it says ‘tax’,” says Stuart Elway, CEO of Elway Research, a non-partisan public opinion research firm. Elway’s team released a poll last month that showed I-732 down 34 percent to 37 percent among registered voters. 30 percent remained undecided.

There’s also the question of voter fatigue. 2016 is a busy year for ballot measures in Washington, and “voter attention is going to be spread pretty thin in November,” says Elway. That’s to say nothing of the boatload of cash that voters will be asked to approve for the Sound Transit 3 plan, a $50-billion transportation package.

Both Elway and Villeneuve point to uncertainty and a crowded ballot as bad news bears for Carbon Washington. The thing about undecided voters, they argue, is that they’re more inclined to swat down an initiative if they’re not convinced by November. “If you’re not sold when it’s time to vote, you vote no, because you can always vote yes at a later date,” says Villeneuve.

Undecided voters aside, disenchanted environmental-justice advocates and labor representatives simply want a different policy. “Our highly skilled equipment operators often drive more than an hour to get to and from jobsites around the state,” explains Josh Swanson of the International Union of Operating Engineers Local 302 chapter. “They can’t afford another $.25 per gallon of gas — that’s another expense on their family budget.”

Between now and November, Carbon Washington will channel its cautious optimism into addressing these concerns through grassroots mobilization. One of the group’s main goals is putting familiar faces in front of voters: neighbors, teachers, firefighters — faces that are more trustworthy than talking TV-heads and politicians. “That’s a big part of our strategy,” says Murphy. “We’ll find out if it works.”