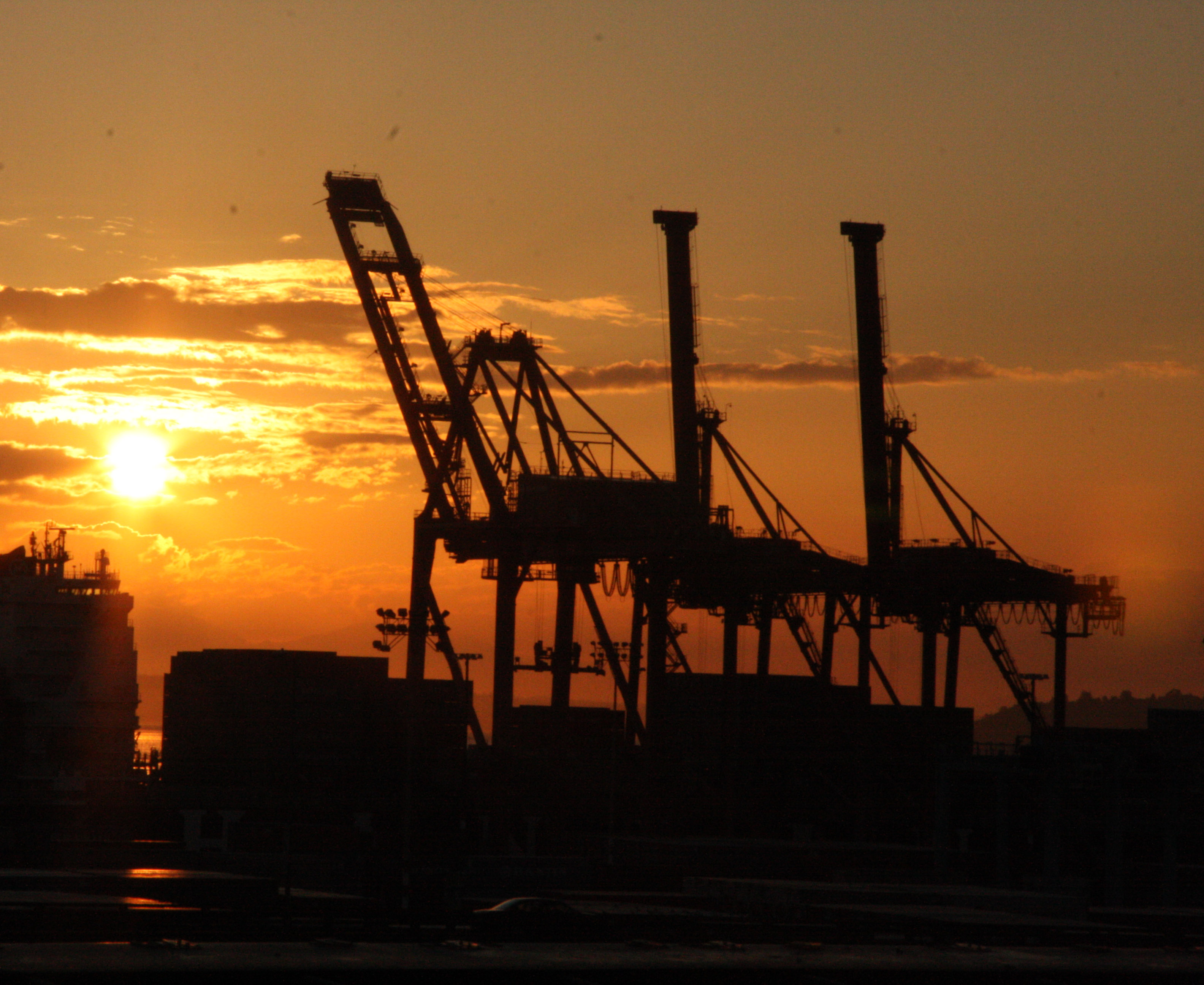 The Port of Seattle benefits from an increasingly global economy.

Donald Trump’s theme of “Make America Great Again” rings hollow in the Seattle area, where upside potential is all around, and the need to return America to a past era of greatness seems both insincere and badly out of step with our lived reality. But, as his recent visit in Everett shows, this message has traction in parts of Western Washington and on the other side of the mountains.

We should pay attention to the reasons for the interest in Trump, because we could be vulnerable to the same kind of economic stresses and social divides he has successfully channeled thus far.

Seattle’s success today has led many to believe we can be forever walled off from the downside risks of globalization and the economic insecurities it brings.  Too few of our leaders are publicly wrestling with whether today’s strength might be laying the foundation of our own political dysfunction, especially if we do not work to ensure that the region’s economy remains diverse and provides good opportunities for everyone, not just those employed in the tech sector.

The greater Puget Sound region is projected to add somewhere between 45,000 and 51,000 jobs in 2016. The bulk of these are in the tech sector, primarily related to the area’s dominance in cloud-based computing (think: Amazon Web Services, Microsoft Azure). With the possible exception of the Bay Area, Seattle best represents the potential and promise of technology-driven job growth.

But this moment of strength should not make us insensitive toward those in our city and state that globalization has left behind. Understandably, these people may be vulnerable to the appeal of politicians such as Trump who are hostile to globalization and who offer a carpetbag full of cheap promises for very expensive problems. Although Hillary Clinton has also spoken about shortcomings in the proposed Trans-Pacific Partnership with many of Washington’s main trading partners, Trump has been particularly critical of it.

Now is the time to ask whether we are doing enough to ensure that other aspects of the state’s economy — especially those related to aerospace, manufacturing and our ports — are receiving adequate attention to ensure their long-term competitive advantage. If not, when the inevitable reset for our tech sector occurs, we will all wish local and state government had paid more attention to the more traditional parts of our local economy that make the region such a diverse and robust place to build a secure community.

For the past decade, the Puget Sound region has benefited as globalization has driven record sales from Boeing. But new challenges are beginning to take shape, specifically as Boeing begins to send partially completed 737s to a finishing factory in China. China’s COMAC C919, a head-on competitor to the Boeing 737, is planned to launch its first flight by the end of this year. Japan is also pursuing development of planes that might compete for some of the 737’s business. Japan’s new pursuit of its long-time interest in reviving its domestic commercial aerospace manufacturing may have been helped along by winning a significant share of the Boeing 787’s globalized supply chain.

Labor has lived through the exciting upside potential as the aviation sector has globalized, but now we are entering a period where the downside risks will need to be weathered. What happened to workers in less-skilled parts of America’s manufacturing sector could happen here too, and would bring with it the same type of local political dysfunction we see play out nationally today.

In addition, the region’s ports do not receive the policy support they need to ensure their mid-to-long term viability. The Seattle port continues to fall under the gaze of real-estate developers who want to unlock the port’s value as residential and mixed-use space. But while the port may not be as glamorous as a new, gleaming apartment tower, the port is an important source of good-paying jobs for blue-collar workers unlikely to become product managers at Amazon for their next job.

Unlike the aerospace sector, which most recognize as a critical part of the region’s economy, too few recognize the economic value generated from the port: It drives nearly 175,000 jobs locally, and contributes more than 11 percent of the state’s GDP.  The port is a significant national hub for exports, with positive impact to a variety of Washington state manufacturers and agriculture producers.

With a modest revival in American jobs producing goods over recent years, the state of America’s manufacturing sector is much more nuanced than Trump has made out. But manufacturing here certainly needs tending by local officials to ensure that the next generation of biotech, commercial space exploration, and advanced materials companies stay committed to the region.

Additional resources are needed to create funds and physical space for startups that leverage the region’s unique expertise in aerospace, composites, medical devices and diagnostic equipment. As our local aerospace manufacturing base is impacted by shifts in where the 737 platform is produced, jobs in alternative manufacturing sectors become critical.as a way to avoid the same sort of political frustrations that have become such a negative animating force in the 2016 Presidential election.

Given the relative success our region currently enjoys, it can be easy to trivialize the anxiety about globalization felt in other states where Trump has more traction.  But we are not above the same mistakes their leaders made, when they assumed tomorrow’s success was assured, and that hard changes and painful investments could be delayed another day.  After all, a similar lack of foresight led the Seattle area to chronically under-invest in badly needed infrastructure that today we very much wish had been prioritized and addressed years ago.

Today, every aspect of our local transportation system is at an impasse. Roads are congested, with commutes seemingly getting worse by the day.  Key infrastructure projects are late, over-budget, and provide only incremental enhancement, when order of magnitude improvements are called for.  Tourist season, a boon for local businesses, places an additional layer of strain on an already over-burdened SeaTac.

Other cities would die for similar challenges meeting the needs of a booming economy, yet behind our transportation problems lies our struggles to plan, invest and execute infrastructure projects with confidence. The same tendencies could easily lead to similar under-investment in those parts of our economy that may seem quaint today, but that are an essential to a sustainable and balanced state economy.

Trump’s success illustrates how America’s policy makers for years chronically under-estimated how potentially harmful economic dislocations caused by globalization could be. To keep Seattle great, and to ensure our local success translates to making Washington state one strong economy, we must not marginalize the concerns of the industries and workers who may not be in vogue right now, but who are essential to a diverse, stable local economy. 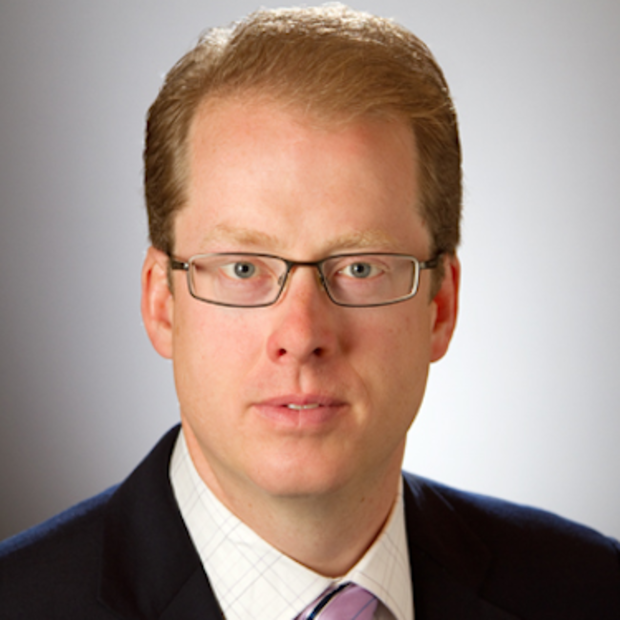 Ben is the Founder and Managing Director of Rubicon Strategy Group, a strategy consulting business with offices in Seattle, Beijing and Shanghai. He is also a Senior Associate at the Seattle and Washington DC think tank the National Bureau of Asian Research.