Everett gives Trump a crowd. But what about money? 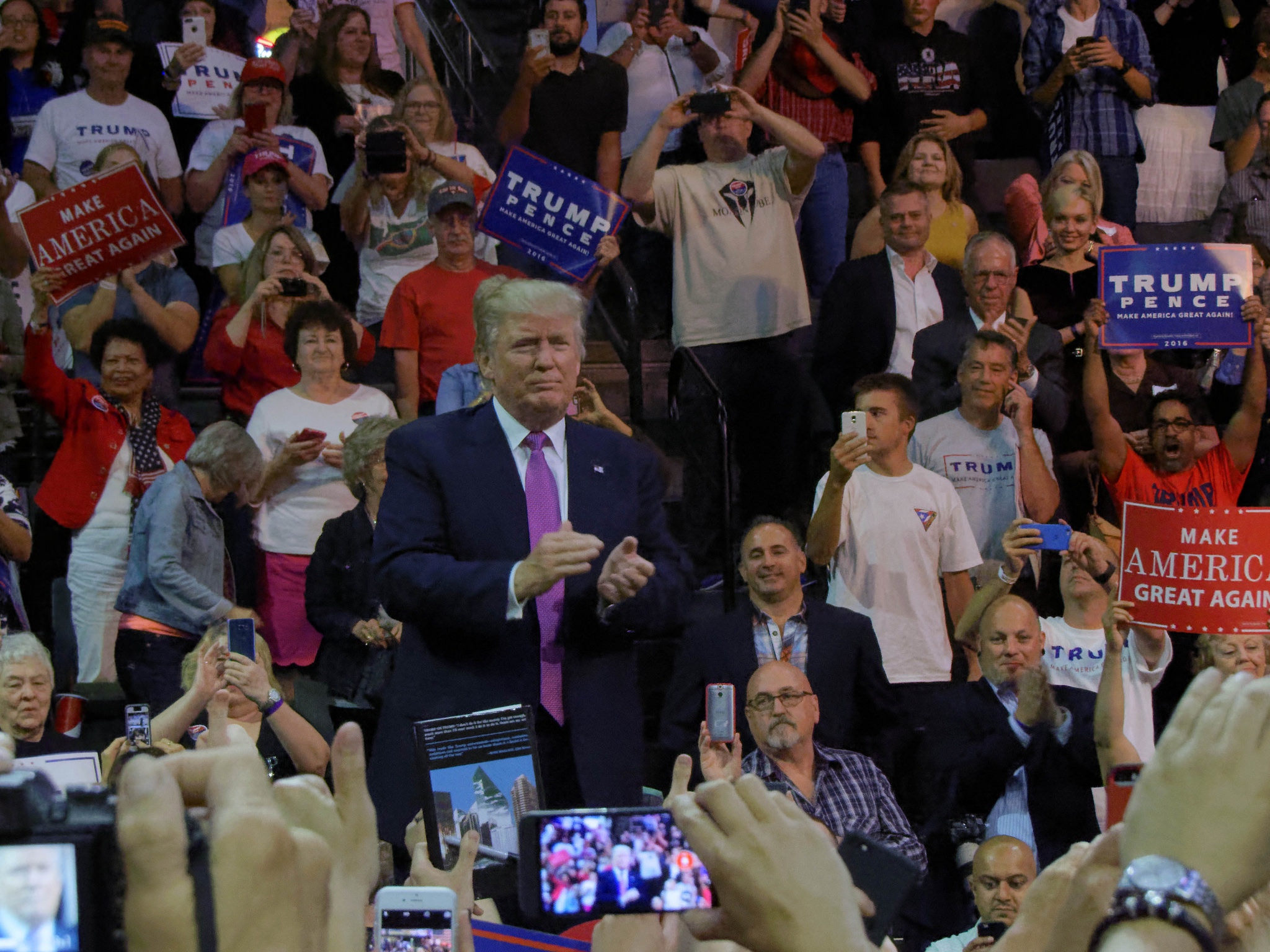 Getting energized? Trump in Everett.

Donald Trump's visit to Everett last week still has political experts here trying to figure what brought him to a state that predictability votes Democratic in presidential elections.

In a podcast for KCTS 9, political analyst Joni Balter confesses to spending days wrestling with the question of whether the Republican nominee simply wasted his time with the rally. Q 13 Fox political analyst C.R. Douglas notes that while the state may vote blue in many cases, "there is a lot of red cash." Indeed, the money, roughly $1 million, helped him raise a higher-than-expected $90 million for August.

Douglas, however, believes that there were deeper reasons behind the visit to Everett.

For one thing, he tells Balter: "My suspicion is that he really gets energized on rallies. It is something that works really well for him. It sort of gets him going every single day.

"So to have a rally for him was as much about getting Trump re-energized as it was trying to win voters in Washington state."

Plus, the rally gained national coverage, grabbing a part of the news cycle.

As Balter and Douglas note, three of the state's highest-profile Republicans — gubernatorial candidate Bill Bryant, Senate candidate Chris Vance and U. S. Rep. Dave Reichert — all stayed away, having said they can't support Trump. But, on an odder note, Trump never once mentioned that his grandfather had once lived a short distance from Everett in the one-time gold-mining city of Monte Cristo (as well as in Seattle). "He is not," Douglas says, "a typical politician."

Trump skipped mention of his Mexican-built border wall idea but picked it up in other rallies. That, Balter observes, could provide a useful bit of confusion, allowing some people to think he is softening while letting others support him for his diehard position.

Other topics include Bryant and Vance's chances in November, the race for Washington's Secretary of State position and initiatives on the ballot.