Seattle’s $100k report on homelessness — what it will tell us 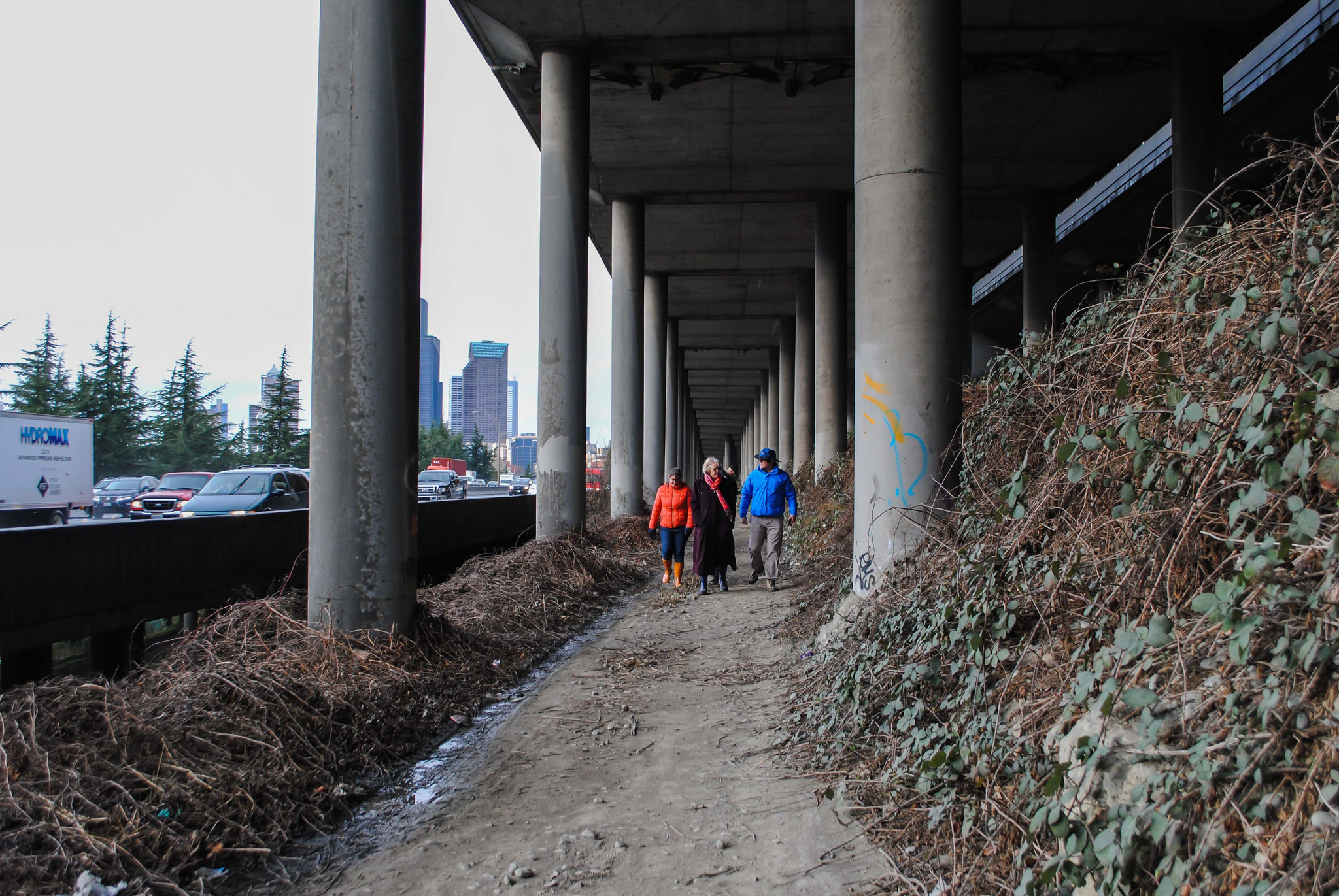 As the weather turns and the City Council returns from its recess, a flurry of activity on the city’s response to homelessness is about to come from City Hall.

There’s the ordinance to radically change how Seattle conducts outreach to homeless encampments, written by advocacy groups like the ACLU and Columbia Legal Services. There’s the mayor’s task force to address the same question, which the former groups have rejected for being to process heavy. The conflicting actions have spurred a bit of a spat between the mayor and the advocacy groups, the most recent of which was a message to the mayor berating him for recently mischaracterizing their ordinance.

There’s also the so-called Poppe report, a long anticipated slate of recommendations for Seattle’s approach to homelessness from consultant Barbara Poppe. In the wake of that report’s release, Mayor Ed Murray will likely lay out his grand vision for addressing homelessness moving forward.

Poppe, former executive director of the U.S. Interagency Council on Homelessness, is scheduled to make an appearance next Thursday before the Human Services and Public Health committee, although her report hasn’t been released yet. When asked for a timeline, Murray spokesperson Benton Strong said in the next “couple of weeks.”

Her contract ‑ initially reported as a nine month gig for $80,000 — is now listed as a fourteen month contract for $102,000. A huge amount of hype has been built around her forthcoming work, to the point that some work has been delayed in anticipation.

A draft of Poppe’s report has been circulating inside City Hall, and initial reports are that it’s not altogether surprising, grounded largely Poppe’s previous work with the U.S. Interagency Council on Homelessness.

The question about Poppe’s forthcoming report will be this: will it say anything that the broader community doesn’t already know? “We’re not going to say that new information is bad, but we know what needs to be done,” says Elisabeth Smith with the ACLU.

In the report, Poppe promotes a housing first model — that everyone, regardless of mental health, drug or alcohol use, criminal background or financial stability will benefit from being housed. Once upon a time, this was a radical turn away from models that set conditions on housing, such as abstaining from drugs or alcohol.

Additionally, Poppe is a huge proponent of streamlining the process and data collection, making the so-called continuum of care more collaborative and focused — “breaking down the silos” between service providers, as she’s put it in past reports.

Underlying those services, Poppe has said in the past, should be a focus on rapid re-housing — moving people into permanent and supportive housing as quickly as possible. To develop  and properly fund those spaces, she’s emphasized working with state, federal and private partners.

Most of what Poppe’s recommended in other municipalities is generally accepted in Seattle: housing first, coordinated care, rapid re-housing, collaboration, data collection. There’s plenty of debate around how well these goals are being accomplished, but much of Seattle’s response to homelessness is built around these pieces. While there will be some new procedural recommendations, the overall philosophy is not surprising.

The most heated debate in the city has been related to homeless encampments, which the Poppe report will likely not resolve. Poppe has long been skeptical of encampments. In 2011, as then-executive director of the U.S. Interagency Council on Homelessness (USICH), she made a stop through Seattle just as former Mayor Mike McGinn was considering supporting a tent city in Sodo. “In general,” wrote the Seattle Times at the time, “Poppe opposes using taxpayer dollars for encampments.”

Then again in 2013, as McGinn was moving toward turning the Nickelsville homeless encampment into a city funded project, Poppe wrote the mayor a letter. “As we have discussed,” she wrote, “USICH believes that government-funded and sanctioned encampments are not a solution to homelessness, nor do they serve well those who are experiencing homelessness.”

And again, last February, she reiterated the skepticism to the Seattle Times.

In general, this opposition is borne out of her belief that resources could be better spent elsewhere. But this report will not end that debate. “There has been enough of a preview that we feel like have a sense of what the Barb Poppe report will say,” says Yurij Rudensky with Columbia Legal Services. Her focus is not on encampments. “The important thing is that Barb Poppe is concerned with solutions to this crisis.”

Regardless of whether Poppe weighs in or not, the fight over encampments will rage on. The ordinance from the ACLU and others puts more restrictions on when and how encampments can be cleared. If those spaces are considered “suitable,” it would make it far more challenging to move those people without having housing waiting in the wings.

The ordinance has conditional support from the head of the human services committee, Councilmember Sally Bagshaw, although she said the final result would be a “slightly modified version” under her watch.

Murray hammered on this ordinance in a recent memo, accusing it of being obstructionist. If passed, he said, it would hamper the city’s ability to remove tents from sidewalks, public schools and parks, and would prevent police from preventing criminal activity.

“My reaction is disappointment,” says Rudensky of Murray’s memo. “And my other reaction is that if these are truly the concerns that the mayor has then we’re really seeing eye to eye. Because from our standpoint…none of these things were intended. So if it’s a matter of clarifying language to make sure that everyone understands that school grounds are not appropriate places for people to be living, then we are happy to engage with that.”

The challenge, then, is defining a “suitable environment.” The Mayor seems to assume the signatories on the letter intend an “anything goes” approach, but Rudensky’s comments show that’s not the case. The intention with the ordinance, he says, was leave the definition of  “suitable” as open-ended, and allow the legislative process work those things out.

Advocates hope the ordinance will be introduced on Tuesday.

Meanwhile, the mayor has convened task force of local service providers and business representatives to review encampment protocols. It's a favorite strategy of the mayor, although this time the meetings are public. Its first was last week. But those gatherings could quickly turn awkward if the recently proposed ordinance makes its way through the council.

The mayor's office has spent nearly a month with the Poppe report. Shortly after it's released will likely come a high-level plan for Seattle's homelessness system.

Meanwhile, as summer becomes fall, the weather will turn cold. Those heavy downpour days like Friday may become more regular and people in their tents will try to stay dry.