Washington oil export facility may have route to approval 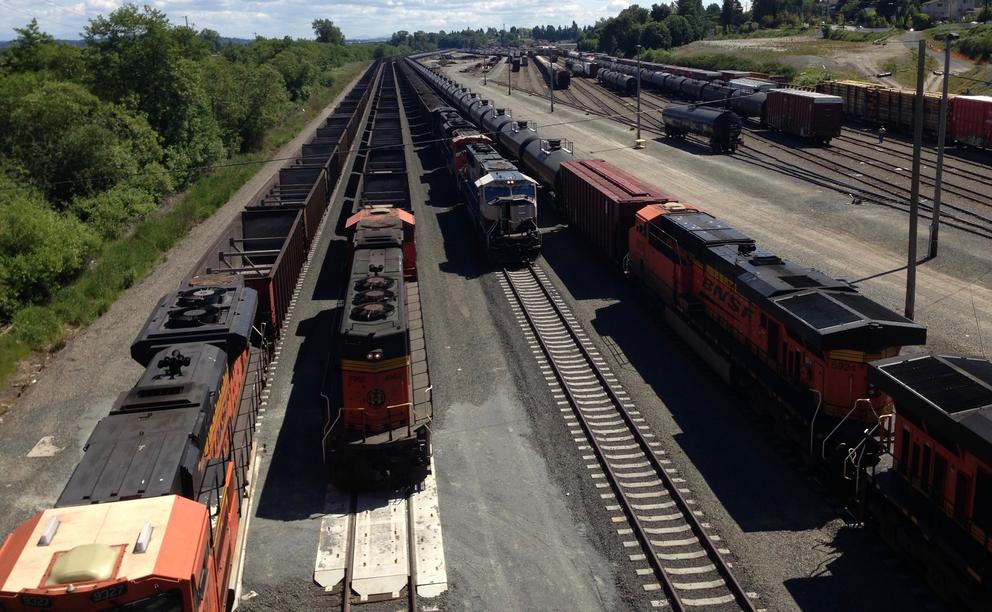 A new environmental impact statement raises concerns about a proposed crude oil storing and shipping facility at Hoquiam on the Washington Coast but leaves options for the Westway Terminal Company’s plan to move forward.

The city of Hoquiam and Washington state Department of Ecology jointly developed the final environmental impact statement for Westway Terminal Company’s proposal to expand an existing facility at the Port of Grays Harbor to handle and transport U.S.-produced crude oil.

The project has been met with significant opposition from local residents, environmental groups and the nearby Quinault Indian Nation, who object to safety risks and ecological and fishing questions. Supporters point to job opportunities in an area that has struggled economically, and they say the Port of Grays Harbor’s location on the western edge of the state offers cost advantages to shippers and customers.

In a statement, the state and the city said, “The study found that the proposed project would cause significant and unavoidable environmental impacts to health and safety if a crude oil spill, fire or explosion occurs. There are also impacts to tribal resources.”

The study, however, identified 69 steps that could be taken to reduce or mitigate the problems associated with the plan. As examples, the agencies cited “using newer rail cars, escort tugs in Grays Harbor, adding response equipment caches in key locations, and coordinating spill response training for local responders and tribes.” Some of those steps, such as the use of safer rail cars, are already being undertaken by some railroads.

Westway Terminals issued an upbeat statement quoting its corporate CEO, G.R.”Jerry” Cardillo, as saying the EIS “shows how to build this project with the highest commitment to safety in a way that protects our neighbors and the environment we all value.”

Cadillo said, “We look forward to meeting the high-standards of the EIS, continuing our history of safe terminal operations and beginning construction.”

Opponents spoke cautiously, noting the problems found by the agencies and suggesting that the issues should become the basis for rejecting various permits that would be required, including one from the city of Hoquiam.

A statement from opponents said the Quinault Nation, commercial fishing groups and conservation groups are “still reviewing the [EIS] and will be looking for it to more fully acknowledge the severity of the potential impacts that cannot be mitigated.”

“If the study provides a true account of risks to the safety, economy and way of life of tribal members and our Grays Harbor neighbors, the City of Hoquiam will have a clear and defensible choice to deny a permit,” said Sharp. “The city has a responsibility to keep our communities and shared waters safe and productive, not put them at risk from oil train derailments and oil spills.”

The Washington state Department of Fish and Wildlife has said, “Grays Harbor is an area particularly sensitive to the adverse effects of oil spills.” Its waters are said to support nearly 700 tribal and more than 3,000 non-tribal commercial fishing jobs, and serve as a refuge for hundreds of thousands of shorebirds annually.

“Clean beaches, birds and wildlife, scenic beauty and recreation opportunities are not only some of our most important economic assets, they [are] also the reasons many of us choose to live, work and play in Grays Harbor County,” said Arnie Martin, president of Grays Harbor Audubon. “We know from experiences like the catastrophic Deepwater Horizon spill in the Gulf of Mexico that one major oil spill is one too many.”

The EIS acknowledges that tribal resources and fishing will be harmed if the project is approved, according to Kristen Boyles, an Earthjustice attorney working with the Quinault Indian Nation. She pointed to a finding that tribal access to fishing areas could hampered during peak seasons.

“The FEIS released today finds significant environmental and public health impacts that cannot be mitigated away, exposing the people and environment of Grays Harbor to increased and unjustifiable risks should the oil shipping terminals be built,” she said.

The existing facility, constructed in 2009, includes four storage tanks that collectively hold approximately 13.6 million gallons of liquid — usually methanol — along with subsequent loading and unloading areas and a series of pipelines to transport the liquids. The proposal envisions additional storage capacity of 1 million gallons and handling of 17.8 million barrels of domestic crude oil each year. If the proposal is approved, an additional seven acres of the facility’s 16-acre site would be developed to receive crude oil — mostly Bakken-field crude oil shipped by rail from North Dakota, or diluted bitumen derived from oil sands from Alberta, Canada.

The EIS for Westway’s project was carried out in tandem with a review of Imperium Renewable’s proposal to create bulk liquid storage unites for crude oil at the same location. The collective capacity of the proposed oil terminals is approximately 42 million gallons. The crude oil would be then be stored and loaded onto tank vessels and travel by sea, most likely to refineries in the Puget Sound area and California, possibly overseas.

The U.S. Army Corps of Engineers, meanwhile, also issued a federal review of a proposed coal terminal in Longview, Washington. Environmental groups expressed disappointment to the Portland Business Journal that the Corps’ study didn’t go as far as the state and Hoquiam in outlining problems. The Corps' review is a draft environmental impact statement; the Corps will take comments on its review through Nov. 29, according Oregon Public Broadcasting and EarthFix. (The full report from OPB/EarthFix reporter Cassandra Profita is here.)

The proposals are among a series of projects suggested for Western Washington and Oregon in recent years that seek to open up energy exports to Asia. Environmentalists have scored a number of victories but the drive to open new shipping terminals has continued.