Is this the worst election ever? 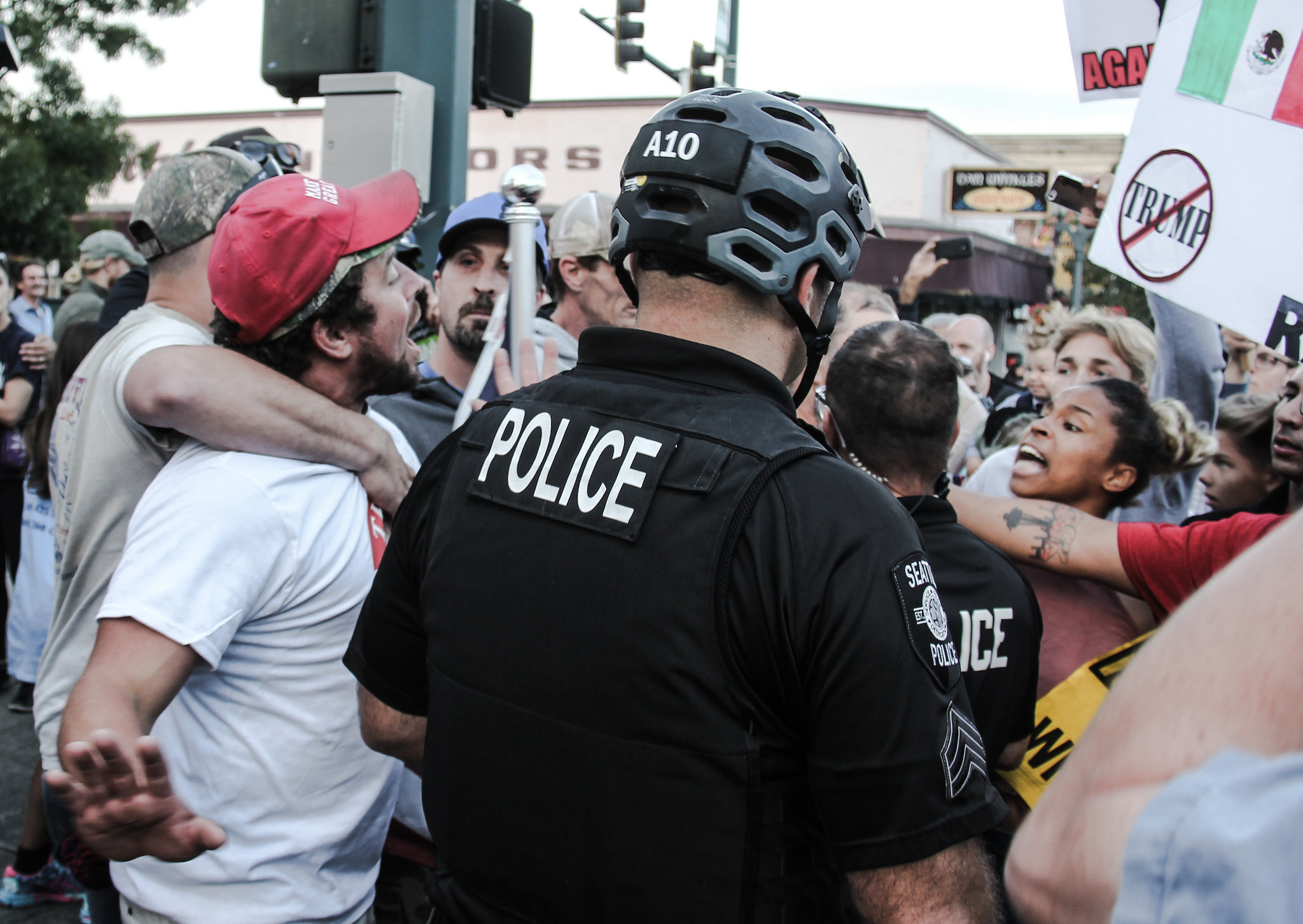 This sometimes feels like the worst presidential election of my lifetime.

Then I remember: Oh, 1968. Bobby was assassinated.

OK, there have been worse.

Adding to the woes caused by the Southern Democrats’ secession, Vice President Hubert H. Humphrey, the Democrat’s nominee, was also attacked from the left over the Vietnam War. After a disastrous Democratic convention in Chicago and disruptions by antiwar hecklers at campaign rallies (including one in Seattle at what is now Key Arena), many pouting young lefties abandoned Humphrey at the polls.

All of this benefitted Nixon, who ran a law & order campaign that focused on getting tough on blacks and hippies. Nixon won and we’ve been paying for it ever since: Trust in government has taken a speeding luge to the bottom. Every year, new Nixon transcripts are released that show Watergate — perhaps America’s most famous political scandal and the first “gate” — was only the tip of the iceberg.

Last year, I wrote about fascism here in the Pacific Northwest in the 1930s, a politically tumultuous time. A minor party — the Christian Party — was headed by a Hitler-wannabe named William Dudley Pelley. He was the chief of the Silver Shirt Legion, modeled on the Italian Black Shirt and German Brown Shirt fascists. He ran for president in 1936, but got on only one state’s ballot, Washington’s.

Pelley was an inveterate publisher, speaker and promoter of his ideology. He believed himself chosen by destiny to lead America to a new Christian age. He found many key followers here, though not many voters. The media largely ignored him.

Still, Pelley's Silver Shirt cause — though it ended with Pearl Harbor — was an incubator, generator and purveyor of many ideas and memes familiar today.

He wrapped his cause in the American flag and claimed a direct linkage with the boys of 1776 — not unlike the Tea Partiers of today. His right-hand man, a former Seattle cafe owner named Roy Zachary, campaigned for him here, saying, “I pray that you are the kind of men and women who would stay with Washington at Valley Forge…” He urged them to be “Molly Pitchers.”

Pelley wanted a Christian, white America. The Silver Shirts were an Aryan organization, he said. They recruited members of the Ku Klux Klan in the Puget Sound region, but most of his followers were regular middle class folk. The Silvers even had a lodge in Redmond which Seattle’s Jewish Transcript called a “temple of hate.”

Pelley was virulently anti-Semitic and believed America was in the thrall of a vast Jewish conspiracy led by Wall Street and the bankers. When Donald Trump retweets an image of a Star of David with a dollar sign, he’s speaking in the symbols of Pelley his followers, and that is not going unnoticed by white nationalists.

Pelley spread false ideas that Benjamin Franklin distrusted the Jews and had warned to keep them out of the country in a prophetic speech. Franklin’s fictional “speech” still circulates on the Internet.

The Silver Shirts supported gun rights and sought to arm themselves like a militia. They believed an armed conflict over America was destined to happen. They offered a program of “militant action.”

They were anti-immigrant — Jewish immigrant. If you take the rhetoric of Pelley towards the Jews, who were fleeing Nazi oppression and violence in Europe, and replace it with contemporary rhetoric about Syrians and Mexicans, it is much the same.

Here's Zachary, speaking to Seattle voters: “The Jews are flooding to the United States and it is proposed to legalize one hundred thousand Jews by Constitutional amendment. It is known that many Jews land in Seattle today and replace the Gentiles the next morning…”

Pelley believed President Franklin Roosevelt was at the center of the conspiracy web. His followers believed that Warren G. Harding had been murdered by the Jews (he died after a visit to Seattle) and that Calvin Coolidge had covered it up. Just as President Barack Obama is widely believed by many Republicans to be a foreign-born Muslim, so too Pelley and the far right of the 1930s insisted Roosevelt was Jewish and that Herbert Hoover gained the presidency illegitimately because he was not really a U.S. citizen.

Pelley was a crackpot: He said he communed with occult spirits and God, and had the prophetic powers of Nostradamus. But he was an influential crackpot. His Silver Shirt followers were among the founders and enthusiasts of numerous right-wing groups that popped up after Hitler’s defeat: the Posse Comitatus, the John Birch Society and the Aryan Nations.

Pelley drew less than 2,000 votes in a single state in 1936. He was investigated by Congress and FBI, and jailed for sedition during WWII. Yet contemporary variants of his template are attracting more attention and support in the current presidential campaign than Pelley ever commanded.

What’s scary about 2016 isn’t what’s abnormal about its politics, but what’s becoming normal. Threads of Pelley’s poisonous, fringe ideology have been with us a long time, but they are now being released, like a toxic substance, into the currents of the political mainstream. They are being articulated not by a marginal kook but a major party nominee and his followers. Without full repudiation at the polls, they could be part of the mainstream for a long time to come.